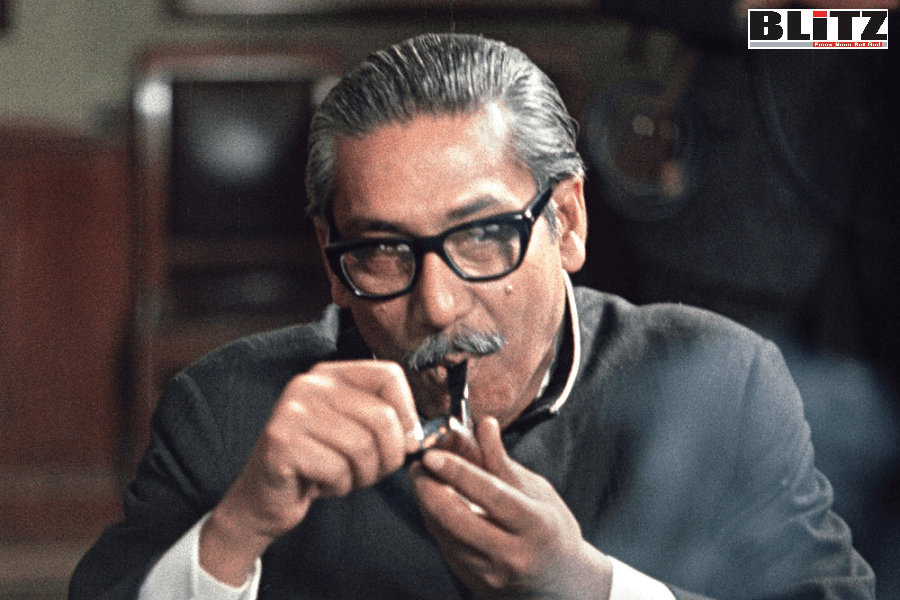 Bangladesh President M Abdul Hamid said Bangla, Bangladesh and Bangabandhu have emerged as a single and identical symbol to the country’s people.

“For his extraordinary contributions to the nation, Bangla, Bangladesh and Bangabandhu, thus, emerged as a single and identical symbol to the people of Bangladesh,” he said in a message issued on the occasion of the birth centenary of Father of the Nation Bangabandhu Sheikh Mujibur Rahman and National Children’s Day.

“…..I7th March is a memorable day in the history of the Bengalee nation. On this day in 1920 the greatest Bangalee of all time, the architect of sovereign and independent Bangladesh, Father of the Nation Bangabandhu Sheikh Mujibur Rahman was born in Tungipara of Gopalganj district,” the President said.

Paying homage to this great leader on the occasion of his 101st birth anniversary, Abdul Hamid said: “The world is in turmoil today because of the Corona pandemic. Corona has also obstructed from organising different programmes of Bangabandhu’s birth centenary. Therefore, for celebrating the birth centenary of Father of the Nation grandiosely at home and abroad, the government has extended the period of ‘Mujibbarsho’ till December 16, 2021.”

He called upon all Bengalees living at home and abroad to celebrate this colorful celebration with due enthusiasm and fervor. “From his boyhood, Bangabandhu was very kind and generous to humanity but uncompromising in attaining the rights. In the early forties of the last century, having come into contact with Huseyn Shaheed Suhrawardy, Sher-e-Bangla AK Fazlul Haque and Moulana Abdul Hamid Khan Bhasani, Bangabandhu as a young student leader, got involved in active politics,” the President said.

He said Bangabandhu led the nation in every democratic and freedom movement including All-party State Language Action Committee formed in 1948, the Language Movement in 1952, Jukta-Front Election in 1954, movement against Martial Law in 1958, Six-Point Movement in 1966, Mass Upsurge in 1969 and the General Elections in 1970 for attaining freedom and rights of our people.

“He was sent to jail several times and he had to bear inhuman sufferings for his active participation in those movements. But he never compromised with the Pakistani rulers on the question of establishing the rights of Bangalees,” Abdul Hamid said.

He said on 7th March in 1971 at the Race Course Maidan, keeping with the feelings and aspirations of the Bangalees, Bangabandhu uttered in his thunderous voice – “The struggle this time is the struggle for emancipation, the struggle this time is the struggle for independence”. “This historic address was, in fact, the true charter of our independence. On the night of March 25, when Pakistani invaders attacked the unarmed Bangalees in a blaze, the Father of the Nation declared the long-cherished Independence on 26th March in 1971.

“We achieved ultimate victory through a nine-month long armed struggle. How an address can rouse the whole nation, inspire them to leap into the war of liberation for independence, the historic 7th March Speech by Bangabandhu is its unique example! During our war of liberation, Bangabandhu was confined in Pakistan jail and the then ruler of Pakistan farcically awarded him death sentence,” the President said.

Just after independence, he said, Bangabandhu returned home on 10th January in 1972 being freed from Pakistan Jail and put all-out efforts to rebuild the war-torn economy.

Abdul Hamid said Bangabandhu took all preparations, including the returning of the members of allied forces to their country, framing the
country’s Constitution in a short time, fulfilling the basic rights of the people, eliminating corruption at all levels, launching agricultural
revolution, nationalising the industries to transform the country into ‘Sonar Bangla’.

But the anti-liberation forces did not give the scope for materialising that dream as this murderer group assassinated Bangabandhu and almost all of his family members on August 15, 1975, he said.

“In politics, Bangabandhu appears as a symbol of principle and ideals. I believe that the young generation will be able to contribute duly towards building the nation by reading valuable books on Bangabandhu’s life and works written by many famous writers from home and abroad including ‘Unfinished Memoirs’, ‘Karagarer Rojnamcha’ (Prison Diary) and ‘Amar Dekha Naya Chin’ (The New China as I Saw) written by Bangabandhu himself.

Because Bangabandhu’s ideal is our source of eternal inspiration,” he said.

The President said: “Bangabandhu taught us how to reach the goal overcoming obstacles. Following his footsteps, under the leadership of his worthy daughter Hon’ble Prime Minister Sheikh Hasina, the country is moving towards the desired goal by successfully tackling Coronavirus pandemic.”

“In ‘Mujibbarsho’, let it be a pledge of all of us to turn Bangladesh into ‘Sonar Bangla’ by completing the unfinished tasks of Bangabandhu being imbued with the spirit of the war of liberation. Let the principle and ideals of Bangabandhu spread from generation to generation; a courageous, dedicated and idealistic leadership be built up-it is my expectation,” he added.