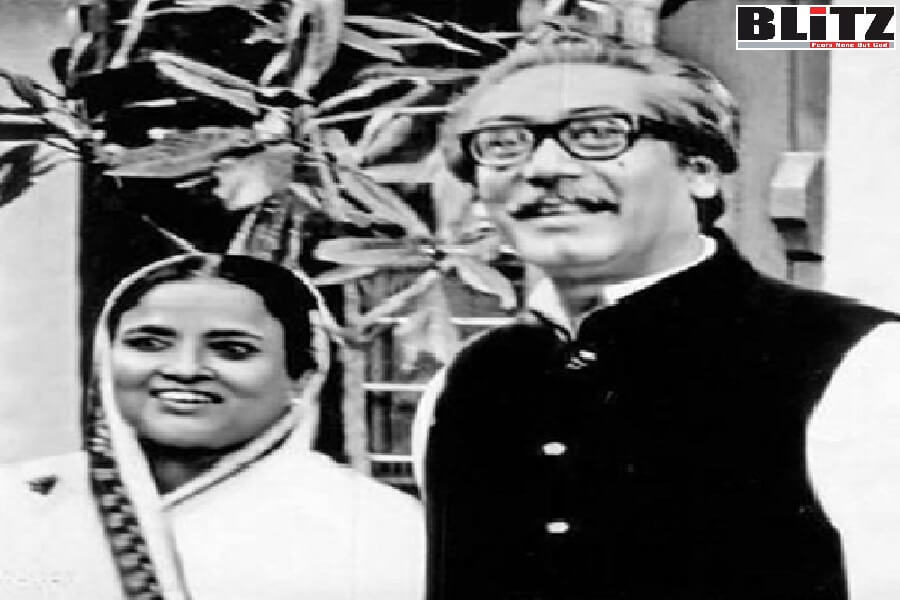 Bangamata contributed extensively to Awami League until her death and in every democratic movement on this soil, including the 1966 six-point movement, struggles against Agartala Conspiracy case, mass-upsurge and the nations’ struggle for freedom. Writes Maloy Kumar Dutta

Bangamata Sheikh Fazilatunnesa Mujib considered the Awami League, the party that led the country’s Liberation War, as her own family until her death and she used to make her all-out strides to extend cooperation to the AL leaders and workers, said academics.

“Whenever Bangabandhu had to stay in jail, Bangamata looked after both her own family and the Awami League family (party),” eminent academician Prof AAMS Arefin Siddique told BSS on the eve of the 91st birth anniversary of Bangamata to be observed on Sunday.

“So, Bangamata used to save some money in small amounts and spent those for looking after two families–her own family and Awami League,” he added.

Prof Arefin, also Dhaka University former vice-chancellor, said when Bangamata had no savings in her hand, she even sold furniture like almirah and refrigerator to run her family and her greater family – Awami League.

“As Bangabandhu used to provide assistances to Awami League workers when he stayed out of jail, in the same way when he had to stay in jail, Awami League leaders and workers used to come to Bangamata and she extended cooperation to them as much she could,” he added.

Talking to BSS, National Professor Rafiqul Islam said Bangamata contributed extensively to Awami League until her death and in every democratic movement on this soil, including the 1966 six-point movement, struggles against Agartala Conspiracy case, mass-upsurge and the nations’ struggle for freedom.

Mentioning that Bangamata was very conscious politically, he said Bangabandhu’s Dhanmondi 32 residence had become the centre point of Bangladesh’s politics and Bangamata looked after everything of the residence from serving foods to managing places for sleep for Awami League workers.

He said Bangamata acted like shadow of Bangabandhu and always extended cooperation to AL workers from behind the scene without giving any statements and speeches publicly as she was very much averse to publicity.

Echoing his comment, Prof Arefin said there was not a single day when AL leaders and workers could leave Bangabandhu’s residence without taking meals but sometimes it happened that there was shortage of food in his own residence.

He said Bangabandhu’s daughter Prime Minister Sheikh Hasina in her reminiscences about her mother at different times mentioned that AL workers from different levels came to their residence and took meals.

“At times, it was seen that there was shortage of food at home as the guests were much more compared to the remaining food.  Then the guests were at least fed rice with dal (cooked pulses). What was to do at that moment? Then mother put some water into dal to increase the amount and thus served food to all. But anyone will come in our home and leave without taking some foods – this was unacceptable to my mother,” he said referring to Sheikh Hasina’s reminiscence.

Prof Arefin, also chairman of the board of directors of Bangladesh Sangbad Sangstha (BSS), said Sheikh Hasina in her reminiscence mentioned that during her childhood sometimes after waking up from sleep she found that some furniture like almirah or refrigerator was missing and then she asked her mother about the matter and mother said “we don’t need so much furniture. It is better to lead a simple life. So I have sold those.”

One day, after waking up from sleep Sheikh Hasina found their refrigerator was missing and when she asked her mother about it. Bangamata replied, “You suffer from cold, cough by drinking cold water from refrigerator. That’s why I have sold it”, he mentioned.

“Actually Bangamata sold the furniture to ease the financial hardship she was facing and for extending cooperation to Awami League workers. But she tried in different ways to manage her children so that her sons and daughters don’t get upset knowing the fact,” he said.

Prof Arefin, also an eminent communication expert and civil society figure, said: “So, if we think a mother and a housewife, how she is dedicating herself . . .  this is really extraordinary. This is the characteristic of Begum Mujib. We know many incidents of this kind. We have learnt it from Sheikh Hasina’s own reminiscence as well as different AL leaders also mentioned these at different times.”

He said Begum Mujib was completely a housewife but in spite of being a housewife, “her political consciousness fascinated us”.

He said Bangamata was a very much mentally strong, farsighted and politically conscious person.

Mentioning a comment of Subedar Abdur Razzaque, who was also an accused of Agartala conspiracy case along with Bangabandhu, Prof Arefin said Subedar Razzaque in his reminiscence mentioned that one day a discussion of AL leaders including Maulana Abdul Hamid Khan Bhashani was going on at Bangabandhu’s residence but they could not reach a consensus.

As they could not reach a consensus, at one stage Bangabandhu said, “Okay we end the meeting here now and we will sit again later. From inside the residence Begum Mujib heard the matter and she came there. She said no, you sit here and carry on the discussion until you reach a decision. You will end the meeting after reaching a decision,” he said, quoting from Subedar Razzaque.

So, Begum Mujib gave valuable suggestions at different times which were very much conducive for the party as well as different struggles and Bangabandhu too always gave highest priority to any suggestions of Bangamata.