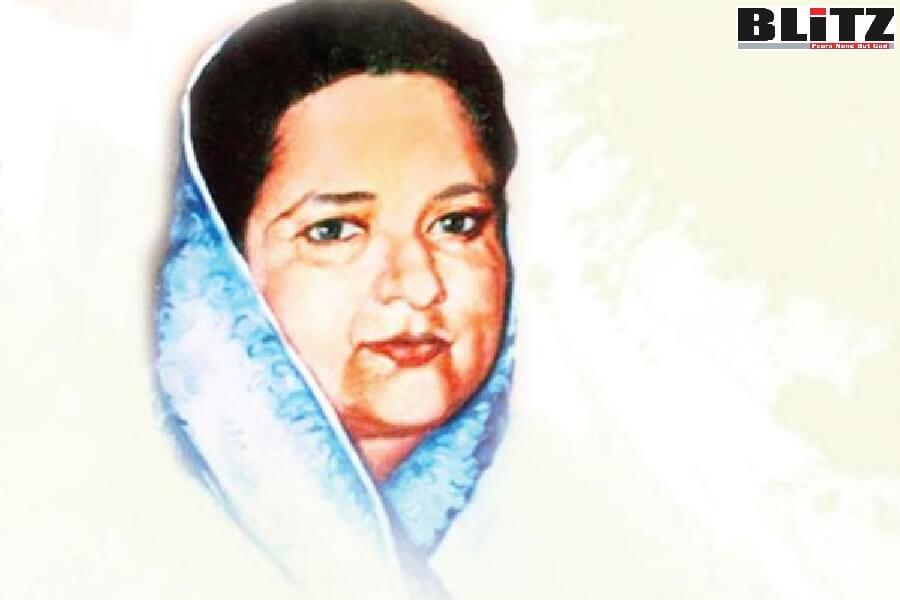 “Bangamata played a historic role in the life of Bangabandhu. After Bangabandhu, Bangamata had the greatest contributions to Awami League and Bangladesh’s struggle for independence,” National Professor Rafiqul Islam told BSS on the eve of the 91st birth anniversary of Bangamata to be observed on Sunday. Writes Maloy Kumar Dutta

Bangamata Sheikh Fazilatunnesa Mujib played an unparallel role to shape the thoughts of her husband Bangabandhu Sheikh Mujibur Rahman and she contributed extensively to Awami League and the nation’s long struggle for freedom, said academics.

Bangamata played a historic role in the life of Bangabandhu. After Bangabandhu, Bangamata had the greatest contributions to Awami League and Bangladesh’s struggle for independence,” National Professor Rafiqul Islam told BSS on the eve of the 91st birth anniversary of Bangamata to be observed on Sunday.

He said Bangamata played the role silently from behind the scene as she didn’t like any publicity.

Prof Rafiqul Islam, also president of Bangla Academy, said Bangamata had very strong contributions in every democratic movements of the country, including the 1966 six-point movement, struggles against Agartala Conspiracy case, mass-upsurge and the great Liberation War as she always gave very significant suggestions to Bangabandhu.

For example, before the historic March 7 speech, there were lots of discussions about what Bangabandhu would say in his speech on March 7 and at that time Bangamata played the biggest role, he said.

“Many Awami League leaders and others had given different suggestions and opinions to Bangabandhu. But Bangamata told Bangabandhu, ‘You have fought for the people throughout your life. You know best what to say. Say what you have in your heart’ and Bangabandhu exactly did that and now that is one of the greatest speeches of the world,” he said.

Prof Rafiqul Islam, also chairman of Father of the Nation Bangabandhu Sheikh Mujibur Rahman Birth Centenary Celebration National Implementation Committee, said Bangamata was the source of inspiration and confidence to Bangabandhu as without Bangamata, it might have not been possible for Bangabandhu to play the brave role for the nation throughout his entire life.

Citing an example of Bangamata’s farsightedness, Prof Islam, also a noted academician and researcher, said when Bangabandhu and 34 others were arrested in Agartala conspiracy case, some Awami League leaders suggested taking Bangabandhu’s release on parole but Bangamata rejected the proposal.

“Bangamata rejected the proposal as she didn’t want to destroy Bangabandhu’s enormous sacrifices for the nation by releasing him on parole. As Bangabandhu was not released on parole, the Pakistani rulers were forced to release him unconditionally,” he mentioned.

He said Bangamata had taken the right decision by rejecting the proposal of Bangabandhu’s release on parole for holding a roundtable discussion in the then West Pakistan.

The right and timely decision had forced the Pakistani rulers to withdraw the Agartala Conspiracy case releasing Bangabandhu unconditionally and it changed the course of Bangladesh’s political history as well, he said.

Mentioning that Bangamata was very conscious politically, Prof Rafiqul Islam said Bangabandhu’s Dhanmondi 32 residence had become the centre point of Bangladesh’s politics and Bangamata looked after everything of the residence from serving foods to managing places for sleep for Awami League workers.

He said Bangamata acted like shadow of Bangabandhu and always extended cooperation to Awami League workers from behind the scene without giving any statements and speeches publicly as she was very much averse to publicity.

“As a competent wife, Bangamata gave different significant suggestions to Bangabandhu during different political crisis periods which were very much conducive to our struggle for freedom. In different crisis moments, Bangamata protected Bangabandhu as well as safeguarded her family,” he said.

Prof Arefin Siddique, also chairman of the board of directors of Bangladesh Sangbad Sangstha (BSS), said Bangamata as a wife and friend of Bangabandhu played a unique role to Bangabandhu for entire life as she always stayed behind Bangabandhu until his death.

Bangabandhu in his own reminiscence in the ‘Unfinished Memoirs’ mentioned repeatedly how Bangamata stayed beside him, he said, adding that Begum Mujib always saved some money for her husband when Bangabandhu was a student and gave him the little amount when Bangabandhu came from Dhaka or Kolkata to Gopalganj.

Mentioning an example of tolerance and patience of Bangamata, Prof Arefin said during the Kolkata Hindu-Muslim riots in 1946, Bangabandhu was working to neutralize the riots under the leadership of Hussain Shaheed Suhrawardy.

“But Begum Mujib was an expecting mother and ill at that time.

Bangabandhu was thinking about going to Gopalganj. But Bangamata wrote a letter to Bangabandhu mentioning that ‘Now you have a big responsibility. The society needs you . . . the society is looking at you. You should work for the society now. Don’t be anxious about me. I can handle my matters,” he said, referring to Bangabandhu’s autobiography.

He said: “Bangabandhu told Suhrawardy about the matter. Then Suhrawardy told Bangabandhu that ‘you are a lucky person. Almighty Allah gifted her to your life.”

“We can realize from this comment of a politician about another politician’s wife that how much tolerant and patient Begum Mujib was and how much love was in her heart for the people. She always motivated her husband to work for society even when she needed him beside her,” he mentioned.