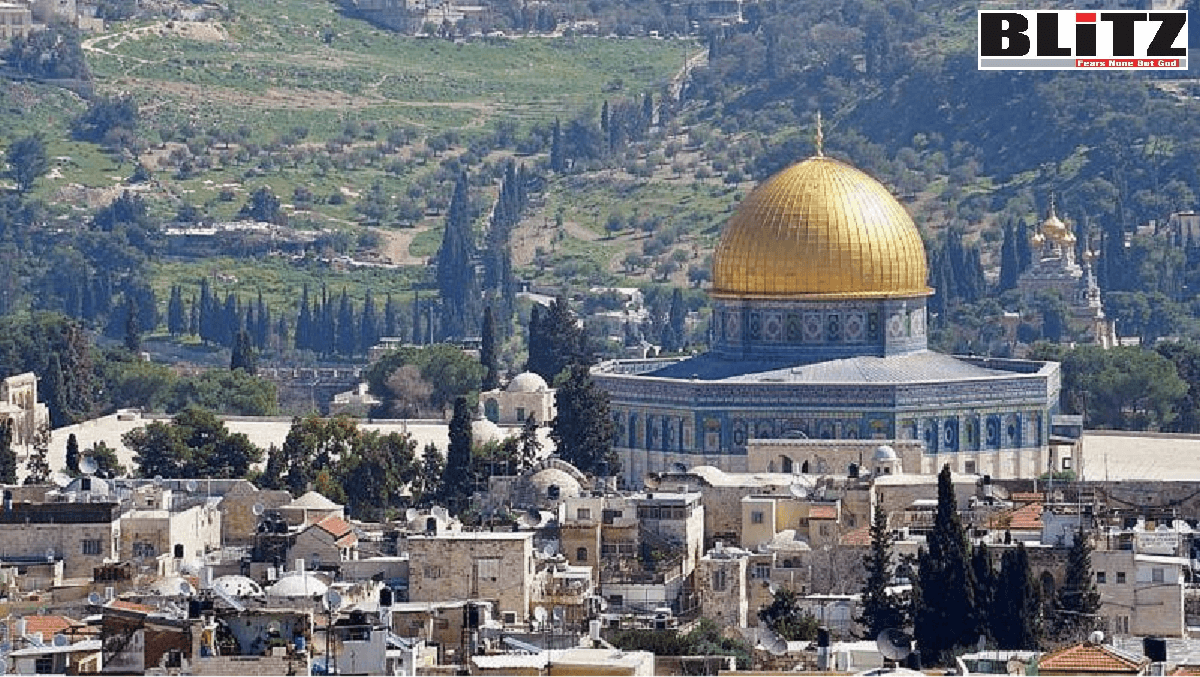 As a Bangladeshi national and pro-liberation generation, we definitely want relations between Bangladesh and Israel soon.

n December 20, journalist Mike Wagenheim wrote an article on the possibilities of normalizing relations between Bangladesh, the third-largest Muslim country and Israel, the Jewish homeland. In this article, the author wrote: Since the signing of the Abraham Accords, there has been a remarkable shift in Israel’s relations with the Muslim world. New reports have emerged of the possibility of further breakthroughs in diplomatic ties with former foes like Saudi Arabia, the birthplace of Islam and Indonesia, the world’s largest Muslim country.

Another large Muslim country that observers see the possibility of normalizing ties with is Bangladesh. While Bangladesh and Israel have no formal ties, there have been reports of unofficial economic and military cooperation between the countries, and the Muslim country also dropped a key travel restriction to Israel earlier this year (though travel to Israel is still forbidden by law), fueling speculation that normalization may be on the horizon.

During the celebration of Golden Jubilee of the independence of Bangladesh, although several international media are covering the event, none of them are talking about Israel’s offering support and help to our war of independence or its extending recognition almost at the first hour of the birth of this country. To me, someone who was born much after the 1971 war, the real history of our liberation war is only that which is being appearing in the local media in the recent years. We did not know a lot about our freedom struggle.

Few days ago, my eyes struck to a news item captioned “Israel wants partnerships with Bangladeshi researchers, universities, companies” in Weekly Blitz, a newspaper published from Bangladesh. In this interview-based item, Ilhan Sztulman Starosta, Israeli Consul General in Dubai described Israel’s support towards the war of independence of Bangladesh and recognizing the newly-born country immediately after Bangali freedom fighters won the war against Pakistan, stating “We do recognize the struggle of the Bangali people. We know what it is to be a persecuted minority and how is to suffer the violence. So, we understood then and identified their struggle and supported them, and we do now too to go into the next stage that you have a state and we also have a state, let’s go forward and work together. I hope things will move in the right direction”.

This is the first-ever interview of any Israeli high-ranking official to a Bangladeshi newspaper’s Contributing Editor Muzaffar Ahmad Noori Bajwa.

In reply to a question – how important is Muslim nation’s positive approach Israel, Ilhan Sztulman said, “You know, we are after all cousins. We come from the same roots and we share pretty much the same values. The food laws are similar. In Israel Jews eat Kosher and Muslims eat Halal and both are very very similar. Some Muslims accept Kosher. If it’s Kosher meat they will eat. So, we culturally and even genetically are very close. Unfortunately, the political Islam developments in the last century divided us. If you take the history, the Jews lived with Muslims in Islamic countries for generations. The period in which Jews lived in Spain during the Muslim dynasty there, for us in Jewish history it is called the Golden area. Because Jewish literature and the Jewish community flourished in this time. We have these differences because of the end of the colonialism period and political Islam and Wahhabism but there is no reason why we shouldn’t be partners. There is another issue too that – Israel is the country of Jews but we do have a minority of almost 22 percent who are Muslims. We have ministers who are Muslims, we have members of the parliament who are Muslims. There are even more reasons for us to have diplomatic relations with all Muslim countries as well as Christian countries. We have to do this because of all the issues we’re facing specifically in the middle-east like Climate change, extreme terror. These cannot be resolved without working together. Desertification, lack of water, and climate change, they don’t know the political borders. They don’t know what is Lebanon and what is Israel. We have to work together and that’s the only way to move forward as a world. So yes, we see a lot of importance in these agreements. That’s why we are putting so much effort. We opened here two diplomatic representations, not just one. The first thing our foreign minister did, just two weeks after the government was formed in Israel, was come to Dubai. For us, this is very very important. It’s a game-changer in the middle-east, I think, the opening of the relationship with Muslim countries, and this is just the beginning, Insha’Allah”.

But one of the most important portions of the interview was as follows:

Ilan Sztulman Starosta: I wish that the Bangladesh government change its policy and recognize the state of Israel. This will benefit all of us. I think the Middle East is also changing. The kind of political Islam that lead to this extreme violent Islam and it is being recognized by everyone that this is not positive. This just brought ISIS [Daesh], Hezbollah, Al Shabab, and Jihadists, etc. Governments started to think now that as a world, as a humanity if we want to go forward, we have to stop this violence also political violence and military violence, the terror of killing people, and find what’s common not what is different. Eventually, as I told you before, how we believe that if we have to grow it’s only going through a system of cooperation with other countries because if we manufacture this and you don’t, and you produce something we don’t so, ok, no problem, lets exchange, let’s benefit each other. We don’t have oil but we have technology so, with trade with technology we show you how we do it and it’s basic. We hope that all the countries in the area will jump on this movement of cooperation and recognize each other and get down to the real. Because the populations are growing and we have to provide more services, more healthcare. The resources are getting fewer and fewer and if we don’t share those resources, we gonna be in trouble too. So, we have to work together. I don’t expect but I wish, because it’s the decision of the government of Bangladesh, that they would take a courageous step and recognize Israel and establish diplomatic relations. I’m sure that all of us will benefit from this step. But it is in their hand not in ours.

I am sure, many of the people in Bangladesh, particularly the younger generation are not aware of Israel’s whole-hearted support towards our war of independence and Palestinian leaders including Yasser Arafat vehemently opposing the liberation war of Bengalis and branding our freedom fighters as terrorists. This interview certainly was an eye-opener.

Following this interview, on December 17, another content once again caught my attention. This time, the interview was on i24News channel, where Weekly Blitz editor Salah Uddin Shoaib Choudhury gave further description of Palestinians opposition to Bangladesh’s war of independence and how Israel has always been a friend to us.

As a Bangladeshi national and pro-liberation generation, we definitely want relations between Bangladesh and Israel soon. Our policymakers should no more waste time by paying any heed to those who are opposing to such relations, as we know by now, Israel has always been our real friend. About our foreign policy, Bangladesh’s constitution says – “friendship to all, malice to none”. We have no reason to remain distant from Israel.