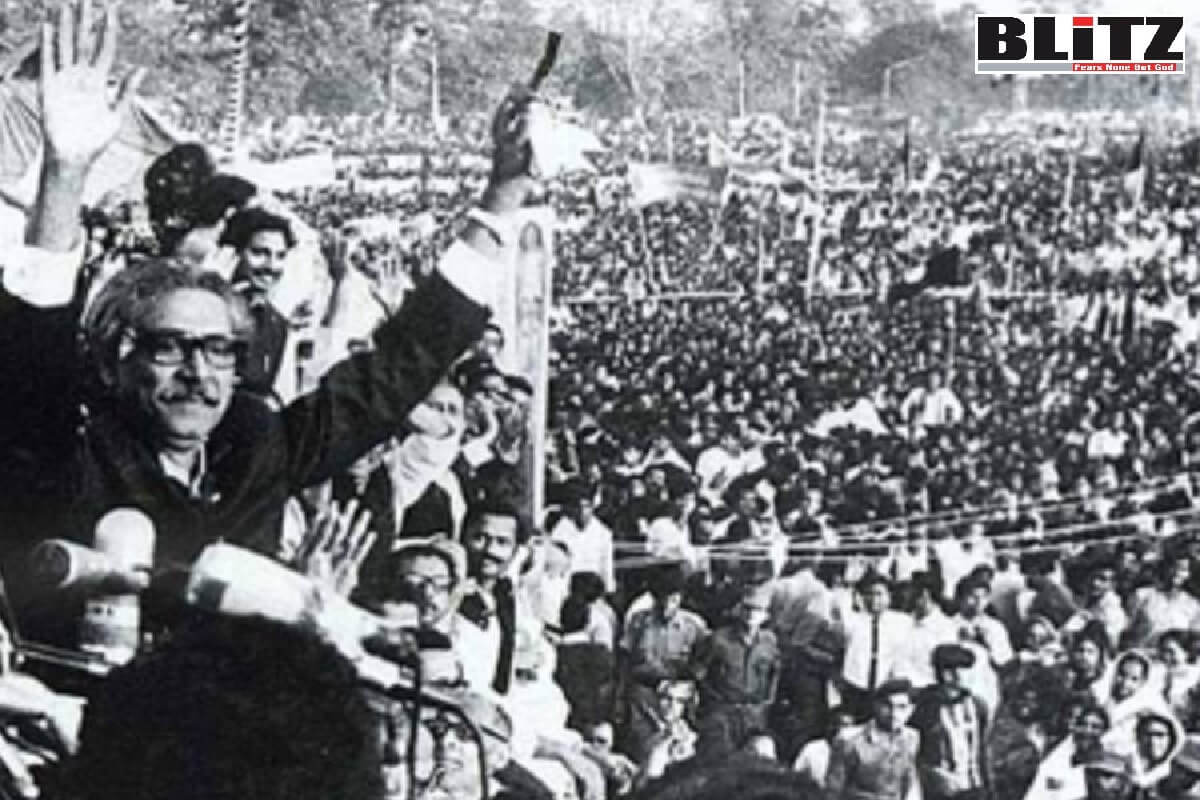 August is the month of mourning for everyone in Bangladesh, because on 15th of this month, Father of the Nation Bangabandhu Sheikh Mujibur Rahman was brutally assassinated along with most of the members of his family, except his two daughters – Bangladesh’s current Prime Minister Sheikh Hasina and Sheikh Rehana, as they were in Germany at that time. Although August 15 is marked as the national mourning day in Bangladesh, every Bengali begin observing this month from the first day with heavy heart.

Unfortunate fact is – after 47 years of the brutal assassination of Bangabandhu, five self-proclaimed killers are still on run, while according to Bangladesh Police quoting Interpol source, Nur Chowdhury is in Canada and Rashed Chowdhury in the United States. The National Central Bureau (Interpol) of the Police Headquarters has confirmed the whereabouts of two of these convicted killers. The Interpol issued a red notice regarding Nur Chowdhury on August 31, 2009, which was extended for five years on March 25, 2019. Similarly, a red notice was issued about Rashed Chowdhury on January 7, 2009, which was extended on July 26, 2018 for five years.

The Interpol source further told media that Shariful Haque Dalim probably is hiding either in Pakistan or Libya. A red notice issued for him was extended on January 27, 2019.

The Interpol also said, it is suspected that Khandaker Abdur Rashid is perhaps in Libya or Zimbabwe and there is an ongoing red notice about him, which was extended on March 25, 2019 for five years.

Bangladesh has activated its missions abroad in countries where the killers are presumed to have been hiding, and also has been asked to keep close contacts with security and intelligence agencies of the host countries to track them down on the basis of our lead information.

According to 2021 report published in Politico, the US government has reopened a case against Rashed Chowdhury, signaling that he could face deportation. But after more than a year, there is no visible sign of deporting this cruel murderer.

It may be mentioned here that, Khandaker Abdur Rashid’s interview to TV anchor Zillur Rahman was coordinated by Brigadier General Chowdhury Fazlul Bari (one of the prominent figures during the military-backed interim government rule from January 11 2007 to December 30, 2008, and Director General of DGFI), as he was at that time he already had married Mehnaz Rashid, eldest daughter of Khandaker Rashid. In December 2008, Chowdhury Fazlul Bari divorced Mehnaz, although he denied this.

Due to his marital relations with the killer of Bangabandhu, Chowdhury Fazlul Bari tried to aid Bangladesh Freedom Party, a party formed by Mehnaz’s father and other self-proclaimed killers of Bangabandhu Sheikh Mujib.

The reason behind Chowdhury Fazlul Bari’s extra enthusiasm in getting his then father-in-law Khandaker Abdur Rashid’s interview aired on Channel i, a local TV station in Bangladesh was under Bari’s blueprint of reinstating the killer of Bangabandhu in Bangladesh politics and help him in becoming country’s prime minister as the leader of Freedom Party and turn Bangladesh into an Islamic sharia nation.

It may be mentioned here that, Freedom Party was initially funded and patronized by Libyan leader Muammar al-Gaddafi, who had lavishly provided tons of cash and business opportunities to Khandaker Abdur Rashid and Syed Faruq Rahman.

Although the National Central Bureau (Interpol) of the Police Headquarters has confirmed the location of Khandaker Abdur Rashid to be in Libya or Zimbabwe, Zillur Rahman did not travel to any of these countries for taking interview of the self-proclaimed killer of Bangabandhu. Instead, it took place in Pakistan, a country which has been providing shelter to the killers of the Father of the Nation of Bangladesh. It may be also mentioned here that, Chowdhury Fazlul Bari was having intimacy with Bangladesh Nationalist Party (BNP) and Pakistani spy agency Inter-Service Intelligence (ISI).

After 47 years of the brutal assassination of Sheikh Mujibur Rahman and members of his family, I would like to humbly call upon the US and Canadian authorities to immediately deport Rashed Chowdhury and Nur Chowdhury. At the same time, I am appealing to Bangladesh Prime Minister Sheikh Hasina to take fresher steps in locating Khandaker Abdur Rashid, Shariful Haque Dalim and other self-proclaimed killers of Bangabandhu and bring them back to Bangladesh.