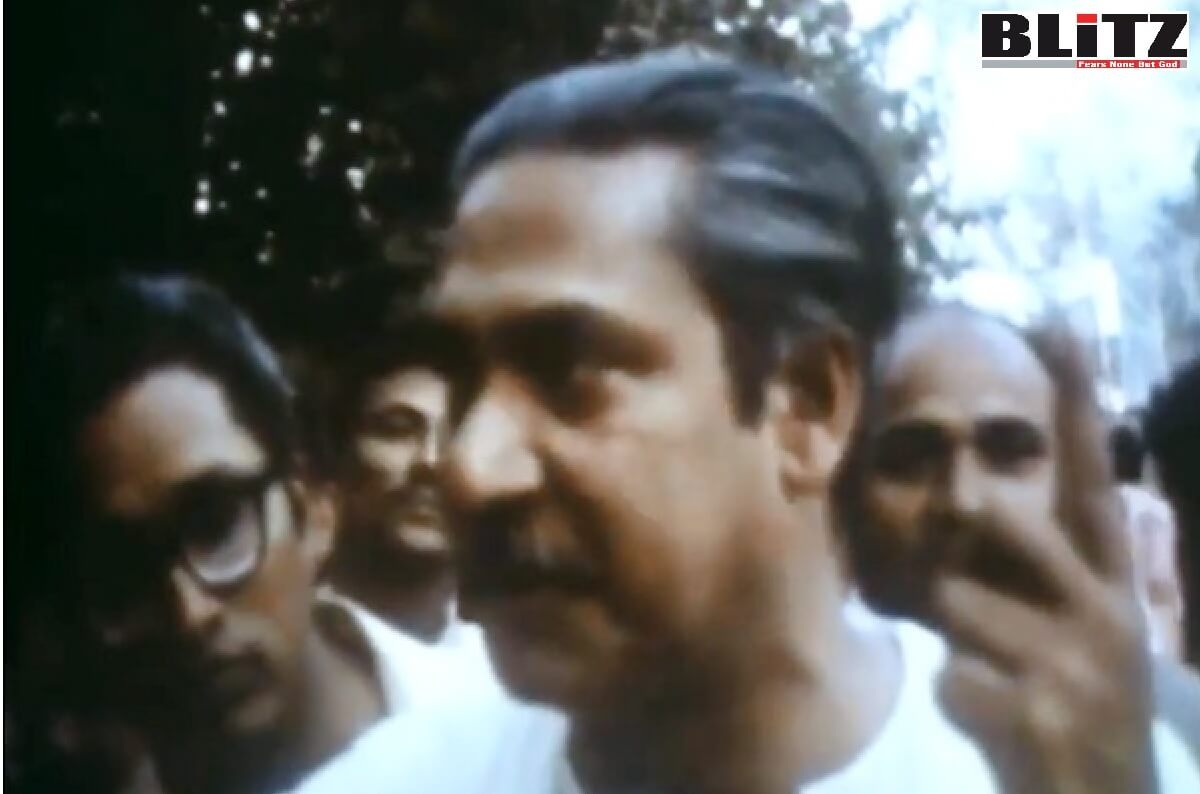 Those who know me from a closer distance are aware my heart is full of emotion and respect and love for Bangabandhu Sheikh Mujibur Rahman and Prime Minister Sheikh Hasina. Most people in Bangladesh may not know, my father studied in Kolkata and stayed at the Baker Hostel, where Bangabandhu was also staying. When Sheikh Hasina returned to Bangladesh in 1981, I was amongst the regular visitors at Bangabandhu’s residence at Dhanmondi 32 in Dhaka. Back in 1992, when Sheikh Hasina was the leader of the opposition, as I met her as Chief Correspondent of Russian state-owned news agency Itar-TASS at the Minto Road official residence, she wholeheartedly said – “If I become Prime Minister, I will give you a television channel license”. She has become Prime Minister four times since then, but I never had sought a TV channel license, though I firmly believe – should I just reminded her once, I would already run a television channel. People may consider me as a fool or duffer for not becoming the owner of a television channel. But that is what I am. I do not respect and adore Sheikh Hasina for getting anything in return. It gives me immense pleasure in doing anything for her – as a journalist and columnist, because I know, doing something for a magnanimous leader like Sheikh Hasina is important, because for the sake of prosperity of Bangladesh, we need continuation of Sheikh Hasina’s auspicious leadership. Hours ago I was reading Prime Minister Sheikh Hasina’s exclusive interview published by ANI, a prominent Indian news agency ANI, where I came to know that Sheikh Hasina, before leaving Bangladesh had last met Bangabandhu Sheikh Mujibur Rahman, Bangamata Fazilatunnesa and other members of the family on July 30, 1975 – just 15 days before they were brutally assassinated by a group of killers. Sheikh Hasina also said, following the brutal assassination of the Father of the Nation Bangabandhu Sheikh Mujibur Rahman, she was forced to live in India in an unknown location using a different name as she was under the extreme risk of being found and murdered by the killers of Bangabandhu. What the Prime Minister Sheikh Hasina did not say is – military dictator Ziaur Rahman as well as killers of Bangabandhu had made frantic bids in finding her location in India with the nefarious agenda of eliminating Sheikh Hasina. Zia and those killers of Bangabandhu wanted to totally eliminate his surviving daughters – Sheikh Hasina and Sheikh Rehana. But, God had saved them through divine power. Ever-since Sheikh Hasina came to power in 1996, she has been making all-out efforts in trying the self-proclaimed killers of Bangabandhu. Describing how the killers enjoyed immunity and indemnity by the subsequent governments, Prime Minister Sheikh Hasina said: “… There was indemnity ordinance, they shoot, so you demand or file any case against the killer. Killers got all type of facilities and immunity, this is very unlawful. The killer … and they killed … and it is open and they claimed that yes, they committed this crime and they were very vocal. Because they thought they are very powerful, so I started …”. Finally, after many years of the brutal assassination of Bangabandhu Sheikh Mujibur Rahman, there has been trial. Unfortunate fact is – after 47 years of the brutal assassination of Bangabandhu, five self-proclaimed killers are still on run, while according to Bangladesh Police quoting Interpol source, Nur Chowdhury is in Canada and Rashed Chowdhury in the United States. The National Central Bureau (Interpol) of the Police Headquarters has confirmed the whereabouts of two of these convicted killers. The Interpol issued a red notice regarding Nur Chowdhury on August 31, 2009, which was extended for five years on March 25, 2019. Similarly, a red notice was issued about Rashed Chowdhury on January 7, 2009, which was extended on July 26, 2018 for five years. The Interpol source further told media that Shariful Haque Dalim probably is hiding either in Pakistan or Libya. A red notice issued for him was extended on January 27, 2019. The Interpol also said, it is suspected that Khandaker Abdur Rashid is perhaps in Libya or Zimbabwe and there is an ongoing red notice about him, which was extended on March 25, 2019 for five years. Bangladesh has activated its missions abroad in countries where the killers are presumed to have been hiding, and also has been asked to keep close contacts with security and intelligence agencies of the host countries to track them down on the basis of our lead information. According to a 2021 report published in Politico, the US government has reopened a case against Rashed Chowdhury, signaling that he could face deportation. But after more than a year, there is no visible sign of deporting this cruel murderer. To my understanding, Bangladesh authorities are still at dark about the exact location of Shariful Haque Dalim and Khandaker Abdur Rashid, despite the fact – it is not impossible to trace their locations.