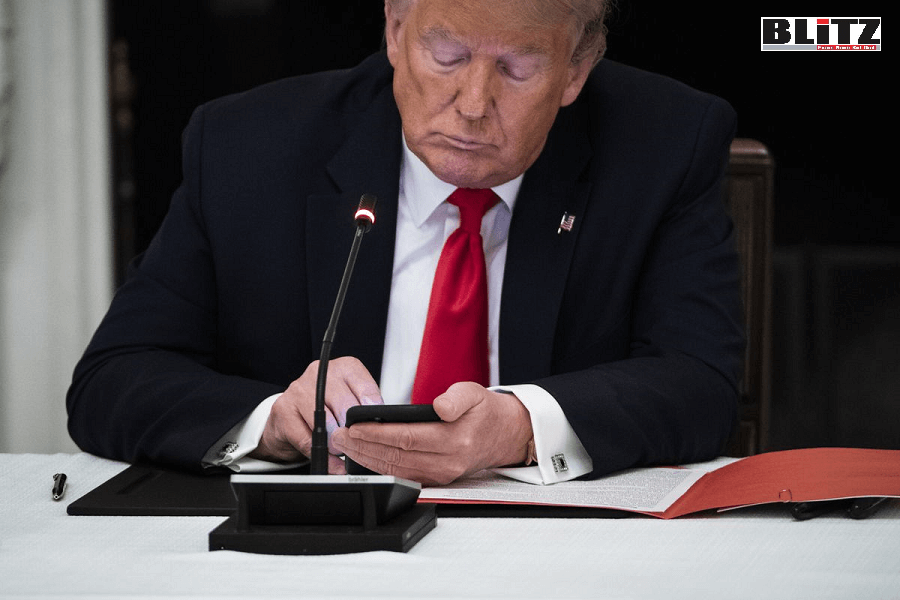 “What will happen next is obvious,” wrote Ben Domenech in the Transom: “A total crushing anti-Free Speech effort that treats Trump-supporting groups like Branch Davidians.” Indeed. In fact, it has already begun: on Thursday morning, according to journalist Walter Bloomberg, “Trump Organization’s TrumpStore.com Is Taken Offline by Shopify; Trump Campaign’s Ecommerce Site Is Also Closed by Shopify; Shopify Says It Closed Websites Associated With President Trump After Riot at Capitol.”

Not being familiar with either Shopify or the Trump Store and wanting to see what kinds of things it sold, I clicked on the link in Bloomberg’s tweet, only to get the notice that “This shop is unavailable.” Apparently the Trump Store website is run through Shopify, which describes itself as “the all-in-one commerce platform to start, run, and grow a business,” unless, apparently, one’s political views are undesirable.

So while I was unable to discover what exactly the Trump Store sells, I rather doubt that it’s balaclavas, Molotov cocktail mix, and maps to the Capitol. The people who work for the Trump Store have nothing to do with President Trump’s claimed incitement of mob violence at the Capitol yesterday. They are now essentially being deprived of a livelihood, at least temporarily, because the political and media establishment would have us believe that anything associated with Donald Trump is irremediably tainted. Shopify and its ilk seem to be working from the assumption that allowing anything connected with Trump a platform is apparently tantamount to accepting and even propagating the noxious brew of racism, xenophobia and “hate” that is all support for Trump is about, as far as they’re concerned.

Shopify is clearly just the beginning. Also on Thursday, Rick Klein, political director at ABC, tweeted: “Trump will be an ex-president in 13 days. The fact is that getting rid of Trump is the easy part. Cleansing the movement he commands is going to be something else.” Klein didn’t say how he proposed to “cleanse” Trump supporters. Special showers, maybe? Or is it just our brains that he wants to wash? In any case, Klein is just the latest prominent Leftist to call for the reeducation of Trump supporters, and it is worth noting that neither Joe Biden nor Kamala Harris, nor any other Democrat leader, has dismissed, much less condemned, this idea.

As David Horowitz has memorably put it, “Inside every progressive is a totalitarian screaming to get out,” and at this point it’s clear: They’ve gotten out. The Left seems to be bent on criminalizing and thereby marginalizing all opposition to its agenda, and that will require pretending that every Trump supporter is the maniac redneck with a gun of Leftist fiction, just itchin’ to get inside that thar Capitol building and bag some Democrat varmints and then, power secured, go out and oppress blacks and women. It’s a lurid and ridiculous fantasy, of course, but Democrat leaders are today in no mood to treat opposition to high taxes and support for secure borders and protection of the First and Second Amendments as if they were any more reasonable. It is much easier to silence one’s opposition, and not be challenged in doing so, once one has succeeded in portraying him as evil in the eyes of the world — irrational, tending to violence, and well beyond the bounds of acceptable discourse and behavior.

The Left has done this for years. The Southern Poverty Law Center’s hit list of “hate groups,” treated by the social media giants as an infallible index to what is lawful and what is prohibited, is a sophisticated, well-financed, ongoing exercise in defamation and libel, seeking to drive individuals and groups from public life and destroy them utterly without discussion or appeal, solely because they do not reflect the Left’s worldview, agenda, and goals. With all the certainty of medieval Churchmen burning heretics at the stake, and with less opportunity afforded them to respond to the charges and clear their name, the SPLC has become the Inquisition of our age, identifying heretics on the right and burning them accordingly.

But the SPLC’s activities have been restricted to a relatively small number of conservative groups and individuals. Now, with their Reichstag Fire of Trump supporters in Capitol building yesterday, the Left is moving quickly to expand the heretics list by about 75 million people. Once these thought criminals are identified, these new Inquisitors will duly destroy their lives, and thus ensure the purity of the new totalitarian order. And why not? There is nothing and no one who can stop them now.