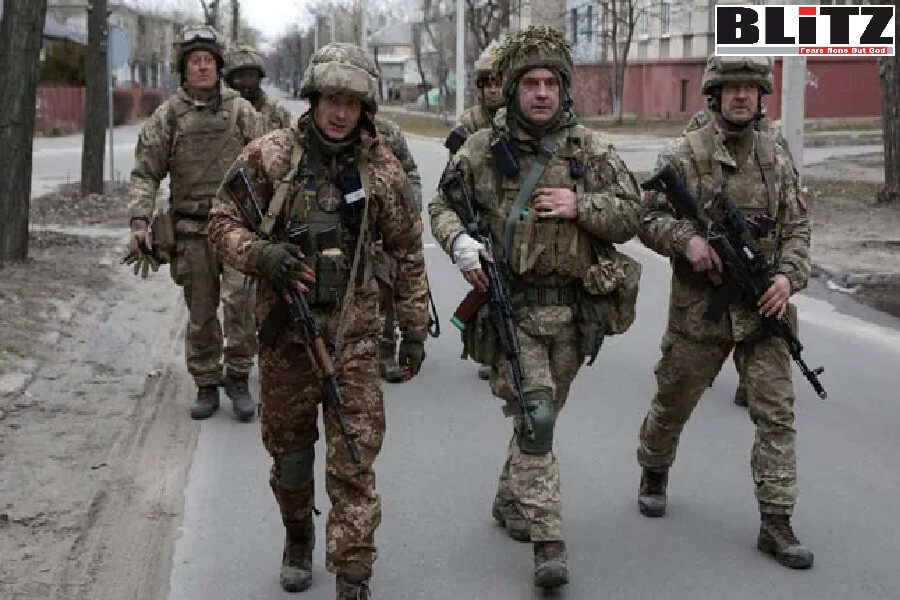 As Russian forces are tightening the noose around Mariupol, controlled by the Azov Battalion neo-Nazi group. Writes Drago Bosnic

As Russian forces are tightening the noose around Mariupol, controlled by the Azov Battalion neo-Nazi group, a plethora of almost surreal events has been taking place in the passing days. At least half a dozen Ukrainian helicopters have been shot down by Russian forces. These suicidal attempts to reach the encircled Nazi elements in Mariupol can only lead to a conclusion that there are some extremely important individuals there.

The question is, who are they and to whom are they so important that the Ukrainian side is ready to send few helicopters to virtually certain death, only to prevent their capture?

Recent developments may offer some insight, and most unexpectedly, they involve French President Emmanuel Macron. There have been numerous reports that paraphernalia belonging to the French Foreign Legion have been found during operations in Mariupol.

At least two dark red berets worn by French special forces have been found in an armored car belonging to the Azov Battalion. Military uniforms and insignia of French officers were also found, including those of which have previously carried out operations in the African country of Mali, one of France’s many former colonies.

After the public release of information that French military personnel is taking part in the battle of Mariupol on the side of Azov Battalion, the rating of French President Emmanuel Macron dropped almost immediately – days before the presidential election in France. The situation is so dire for the incumbent President, that virtually all leading French political experts and pundits are predicting a very tight second round between Macron and his arch-rival Marine Le Pen.

According to recent opinion polls in France, if the elections were to be held as of publication, Macron’s lead over Le Pen in the second round would be on a level of a statistical error. Pollsters are claiming the incumbent’s approval rating currently stands at 51%, while 49% of the electorate support Le Pen.

Since Russian forces found personal belongings of soldiers serving in the French Foreign Legion (Legion etrangere, or LE) at Mariupol airport, which the Azov Battalion were driven out from, this casts a deep shadow, not only on the French Ministry of Defense, but also president Macron himself. It raises a plethora of questions about what exactly the soldiers of the Fifth Republic are doing there.

Focused on conflicts research channel WarGonzo commented the news: “We do not know the exact number of French legionnaires blocked along with the ’Azov’ in the city. However, judging by how actively Macron is peddling the topic of his own ’humanitarian corridor’, there may be a lot of French soldiers there. And, perhaps, not only mercenaries, but also active duty personnel. “

In short, extremely valuable, and it may soon turn out, crucial assets to all sides involved in the Ukrainian conflict.

The commander of the French Foreign Legion, General Alain Lardet, publicly condemned the soldiers and even promised severe punishment for any personnel involved in the battle. According to the French RTL radio, approximately 700 Ukrainians served in the 9000-strong LE Corps in late February when the Russian special military operation started.

Of these, at least 25 soldiers left the unit without permission in early March and never returned. In addition, 14 more were detained while trying to leave the country in military uniforms. Most even had their bulletproof vests.

“A legionnaire is a French soldier who serves only France,” Lardet said. According to military experts of the Fifth Republic, these Ukrainians have already been listed as unreliable recruits. However, not everything is so simple, especially when high-level (geo)politics is involved. Paris never officially recognized the fleeing soldiers as deserters, which goes against the Legionnaire’s code.

According to WarGonzo, the Kiev regime sent helicopters to evacuate foreign soldiers surrounded in Mariupol, including French legionnaires. The military value of these troops is questionable at best, especially when it comes to sacrificing dwindling Ukrainian air and SpecOp assets, but possible political repercussions for Macron are nearly impossible to overstate. The situation is so bad that it could quite literally have a decisive effect on Macron’s ratings mere days before the French presidential elections.

An IFOP (French Institute of Public Opinion) poll conducted as part of the Press Week on March 27 found that 52% of respondents believe at least one of Russia’s stated reasons for the special military operation in Ukraine. Approximately 30% of respondents believe that Russian troops are moving in to protect the Russian-speaking population from the nearly decade-long reprisals by Ukrainian military. Additional 10% are sure that “Kiev is currently run by a junta controlled by Neo-Nazis.”

Such numbers are quite worrisome for Macron and France’s increasingly impotent liberal elites. For the very first time in decades, there could be a tectonic shift in France’s political course, the implications of which are very likely to be global-reaching and long-lasting. Most ironically, this could be the result of a rash decision (the political West seems to make only such lately) of two dozen people who aren’t even French citizens, as the scandal could very well nudge the electorate in Le Pen’s favor.