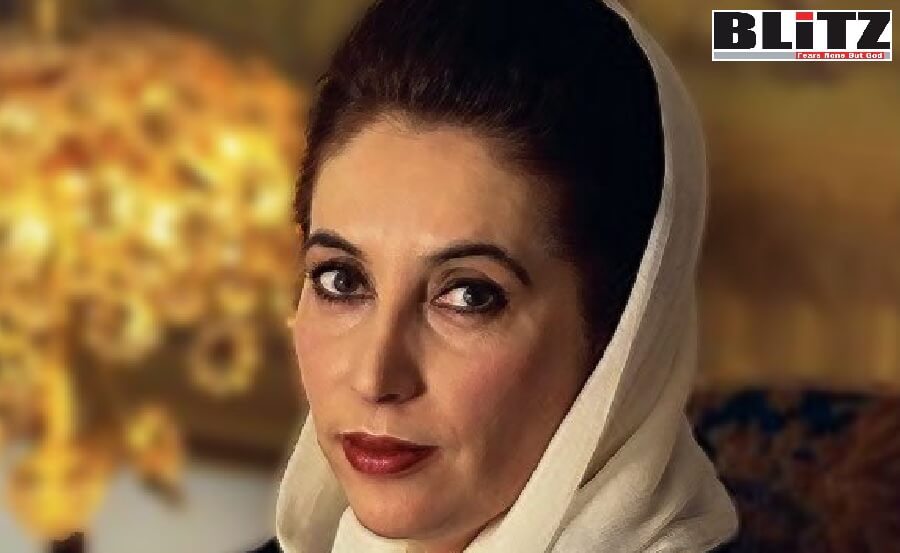 After Benazir Bhutto became Pakistani prime minister in 1988, Pakistan “committed to furthering Islamism in the heart of Asia, seeing it as the sole ideology capable of containing and reversing the breakup of Pakistan along ethno-national lines.” So wrote in 1999 House Taskforce on Terrorism and Unconventional Warfare Director Yossef Bodansky about how Pakistan’s national security policies have remained anti-Western even under the country’s most moderate leaders.

As discussed in Bodansky’s book, Bin Laden: The Man Who Declared War on America, Bhutto reflected her country’s role as a duplicitous “frenemy” to the West. In her two terms as Pakistani prime minister in the years 1988-1990 and 1993-1996, the Harvard- and Oxford-educated Bhutto raised high progressive hopes. Nonetheless, her government continued dangerous, destabilizing strategies including a longstanding Pakistani promotion of jihadist proxy.’

Behind a façade of pro-Western and pro-democracy rhetoric, she initiated a program designed to make Pakistan a central member of both the Iranian-led Islamic bloc and the Trans-Asian axis, an anti-U.S. radical alliance dominated by the People’s Republic of China and stretching from the Mediterranean to Northeast Asia. Toward this end Pakistan intensified its strategic cooperation with such countries as Iran and North Korea.

Islamabad emerged from these alliances with distinct roles. Pakistan would serve as a center for military development and production for the Islamic bloc, including nuclear weapons production technologies, as well as a financial center for hard currency obtained through the drug trade. Pakistan would also acquire, both legally and illegally sophisticated Western technologies and industrial systems, including spare parts for US-made weapons. Islamabad and its allies were convinced that Bhutto’s rise to power, especially in view of her pro-democracy rhetoric would relax the Western guard so that at least for a while Pakistan would be able to acquire the necessary items before a tight embargo was re-imposed.

While Bhutto reportedly carried Pakistani nuclear secrets on CDs in her overcoat during a 1993 North Korea state visit as barter material for North Korean missile technology, Pakistan’s Inter-Services Intelligence (ISI) continued to support jihad. As Bodansky noted, “ISI’s support for and sponsorship of sisterly Islamist terrorist movements throughout the Arab world became a cornerstone of Pakistan’s national security policies.” Particularly in neighboring Afghanistan, ISI sought to maintain its training and support network for jihadists from around the world (so-called “Afghans”) developed during the successful jihad against the 1979-1989 Soviet occupation.

During 1994 the ISI, together with VEVAK (Iranian intelligence), completed a major upgrade and expansion of the terrorist infrastructure in Afghanistan, in particular the installations for the training of Arabs and other foreigners who would become a new generation of Afghans.

This Pakistani “surge into Afghanistan, including the creation and empowerment of the Taliban, has been a sacred mission supported by all governments in Islamabad—including Bhutto’s—and implemented by the ISI,” Bodansky noted. “Markedly increasing Pakistan’s participation in the Islamist international terrorist system was an integral part of Bhutto’s new strategy,” he added. “Islamabad committed itself to the pursuit of these Islamist strategies not because of Bhutto’s ideological convictions—she is a populist leftist—but from pragmatic considerations about Pakistan’s best interest.”

Accordingly, Bhutto allied with Hassan al-Turabi, the advisor to Sudanese General Omar al-Bashir’s pro-sharia military government that came to power in a 1989 coup. Since 1991, Turabi had organized in the Sudanese capital of Khartoum an annual Popular Arab and Islamic Conference (PAIC), which brought together jihadists from groups such as Al Qaeda, Hamas, and Hezbollah. In 1993, a Pakistani delegation attended.

Bhutto sent an adviser to the conference who held private meetings with Turabi and other Islamist leaders. He assured them that the Pakistan People’s Party (PPP)—Bhutto’s political party—would not attack Islamism or abolish Islamic law and of Islamabad’s commitment to their common cause, including the pursuit of anti-Indian jihad in Kashmir as an inalienable tenet of the polity of Pakistan. He also stated that Pakistan was committed to finding “Islamic solutions” for Afghanistan and the various conflicts in Central Asia and that Bhutto would support any solution mediated by Turabi, now referred to by the honorific title of sheikh.

Additionally, Bodansky wrote, the official Pakistani delegation was led by two other Bhutto confidants, General Mirza Aslam Beg, the former chief of staff of the Pakistani armed forces and a close ally of Iran, and General Hamid Gul, the former chief of the ISI (Pakistani intelligence) who had encouraged the flow of foreign mujahideen to Pakistan and Afghanistan in the late 1980s. Both were dedicated Islamists who repeatedly declared their conviction that Pakistan’s future lay with Iran and the Islamic bloc.

Unsurprisingly, Pakistan was less than fully cooperative in fighting Osama bin Laden’s jihadist associates such as Ramzi Yousef, who helped conduct the February 26, 1993, bombing of New York City’s World Trade Center. After plotting in Manila, the Philippines, to blow up airliners over the Pacific, a fire in his improvised apartment bomb-making laboratory brought him to the attention of the Philippine police, and he fled to his homeland Pakistan. A joint American-Pakistani law enforcement team arrested him February 7, 1995, in Islamabad.

Yet there was more than meets the eye behind this apparent success, Bodansky revealed:

The U.S. government confronted Islamabad with precise information about Youssuf’s hiding place an apartment complex sponsored by a bin Laden-related company after a tip from a neighbor. Islamabad had no alternative but to cooperate or be put on the U.S. terrorism list and face stiff sanctions as stipulated by law. All of Youssuf’s comrades and other Islamist terrorists dwelling in the complex, however, had been safely evacuated by the ISI before the U.S.-Pakistani law enforcement detachment raided the place and captured Youssuf, who was extradited to the United States.

As Bodansky has explained with respect to Saudi Arabia and to the Islamic world in general, Bhutto exemplified the recurring faith fault lines that stymie Islamic societies’ integration into a Western-based, modern world. No matter the desires and views of prominent individuals, Islam poses daunting stumbling blocks to the formation of stable societies of liberty under law.

And as Pakistan’s history after Bhutto’s administration showed, as a forthcoming article will examine, any liberalization in Muslim societies is often fleeting.