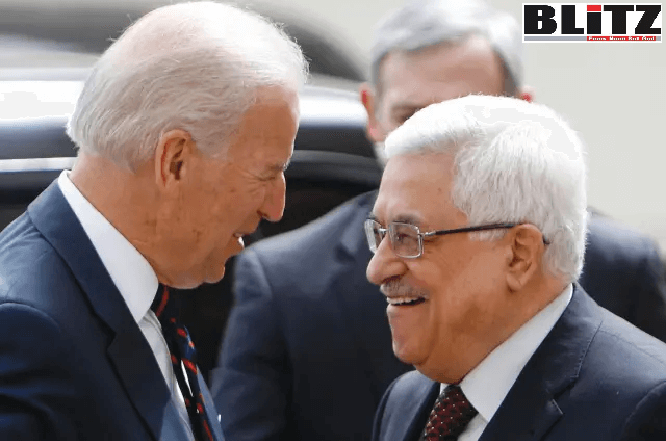 Since taking office, the Biden administration has been in direct contact with Palestinian Authority leaders, encouraged and assisted by Israeli leftists who want to bring a Palestinian state into existence as quickly as possible. The Israeli government is not in the picture except in one regard: the administration is pressuring PM Netanyahu to enable Palestinian elections not only in the West Bank and Gaza but also in East Jerusalem, which would prove to the world that Trump’s recognition of Jerusalem as Israel’s capital is no longer valid. Writes Lt. Col. (res.) Dr. Mordechai Kedar

Anyone knowledgeable about how heads of state behave when it comes to issuing documents, crafting policy, and carrying out actions—particularly war-related actions—knows that it involves a covert, lengthy, and intensive process among many different departments before anything is done. Leaders (via their staff and advisers) correspond and consult in order to formulate a policy, plan actions, and draft documents and declarations, even on matters that concern only one side. When a leader issues a document or makes a policy statement, in most cases the move has been carefully planned, synchronized, and deliberated to the last detail with all the leaders affected by it. The reason is clear: no leader wants to embarrass other leaders, particularly when dependent on them and needing their support.

Here is a simple example. Israel waited three weeks before it launched the June 1967 Six-Day War. No one in Israel knew why the tens of thousands of reserve soldiers who had been mobilized for war were being held for weeks. It transpired only years later that the then Israeli PM, Levi Eshkol, had secretly sent Mossad chief Meir Amit to Washington to get an explicit promise from US president Lyndon Johnson that the US would support Israel against the Soviet Union, would not put a stop to the war until its objectives had been achieved, and would resupply ammunition stocks that became depleted during the war. Only after Defense Secretary Robert McNamara spoke with Johnson in Amit’s presence and secured those promises from him did Eshkol give the IDF the order to open the war. To this day Eshkol is accused of vacillating, but the truth is that he behaved prudently and responsibly.

Today the Biden administration wants to return the Palestinian issue to the diplomatic center stage. From the administration’s standpoint, the problem is not Israel, which is caught in its deep dependency on the US. The problem is the Palestinian Authority, which left the negotiating table during President Obama’s first term, impudently snubbed President Trump (Mahmoud Abbas leveled the “May your house be destroyed” curse at him), proudly survived the suspension of US economic support, and would not even consider the generous “Deal of the Century.” The administration sees the PA as harder than Israel to tempt to return to the “peace” process, and is therefore investing much more time and effort in luring it back.

The proof can be seen in three concurrent developments:

The forthcoming Palestinian elections: Fifteen years have passed since the last PA elections. Suddenly, in mid-January 2021, Abbas announced that parliamentary elections will be held on May 22 and presidential elections on July 31. What happened? Very simply, the Biden administration wants to lay the foundations for a Palestinian state in disregard of Israel’s opposition, and there is no better way to present the state-on-the-way as truly democratic than to have “all sectors of the Palestinian people” take part in elections—that is, even Hamas. The idea to use the elections to produce legitimacy probably came from Washington.

Hamas: The biggest supporters of Hamas are Muslim Brotherhood organizations in the US (Hamas was originally the Brotherhood’s branch in “Palestine”). The heads of these organizations got quality time with Barack Obama during his eight years as president but were totally excluded from Washington during Trump’s four years. They are now returning in a major way to their position of influence in the corridors of the new administration, and they want to make Hamas look kosher.

Portraying the group as a civic organization and a legitimate political party rather than the genocidal terrorist group that it is constitutes the best way to legitimize it in the US media and in international politics. On February 20 the PA leadership sent an official letter to the Biden administration stating that the Palestinian organizations, including Hamas, had expressed a commitment to a Palestinian state based on the 1967 lines with East Jerusalem as its capital. Undoubtedly this letter was jointly drafted by the administration and the PA before its sending was publicized, just as there is no doubt that Hamas announced its willingness to participate in the elections, and feigned agreement to accept Israel’s existence within the 1967 borders, after contacts between its leaders, its Muslim Brotherhood counterparts in the US, and the administration.

The “Declaration of Freedoms”: On February 20 Abbas issued a “presidential decree on the subject of strengthening public freedoms in the state of Palestine” that will apply to all political entities, implicitly including Hamas and Palestinian Islamic Jihad. The decree speaks of: “1) strengthening the ambience of freedom in all parts of the state of Palestine,” meaning in Gaza as well; 2) forbidding the persecution, arrest, imprisonment, or investigation of people for reasons related to freedom of expression and political affiliation; 3) freeing detainees and prisoners who have been arrested for their opinions or their political or organizational affiliation throughout the state of Palestine (freeing terrorists?); 4) granting full freedom for traditional and electronic election campaigning—printing, organizing meetings and political conferences, and financing them in accordance with the law; 5) giving all parties equal opportunity in the official media; and 6) ensuring that voting booths will be guarded by the police only and not by the security mechanisms in all parts of the state of Palestine.” To make sure this document would reach the right eyes in Washington, the decree was posted on Abbas’s official Facebook page with the title in English: “President Abbas issues presidential decree on strengthening public freedoms in Palestine.”

Who in the US administration is corresponding with Abbas and giving him these “constructive ideas”? Such information is of course not available, but there are two likely possibilities: either someone in the State Department whose pro-Arab tendency is known and documented, or Maher Bitar, an actively anti-Israeli Palestinian who is now serving in the key role of senior director for intelligence programs at the National Security Council. In this post he probably sees the most sensitive information the US intelligence community collects, including its collaborators in Israel.

If US officials are guiding the PA on its path to a US-supported state, Israeli leftists are likely taking part in the effort and advising the Americans and the Palestinians on how to foist a Palestinian state on Israel. This will be despite the opposition of the Israeli majority, which fears that such a state will turn into a much more dangerous terror entity than the one that exists in Gaza. It is worth recalling that in 2010 Secretary of State Clinton invited the then leader of the Israeli opposition, Tzipi Livni, to a meeting in Washington, and in 2015 the State Department gave financial support to the V15 organization, which worked to topple the right-wing Israeli government.