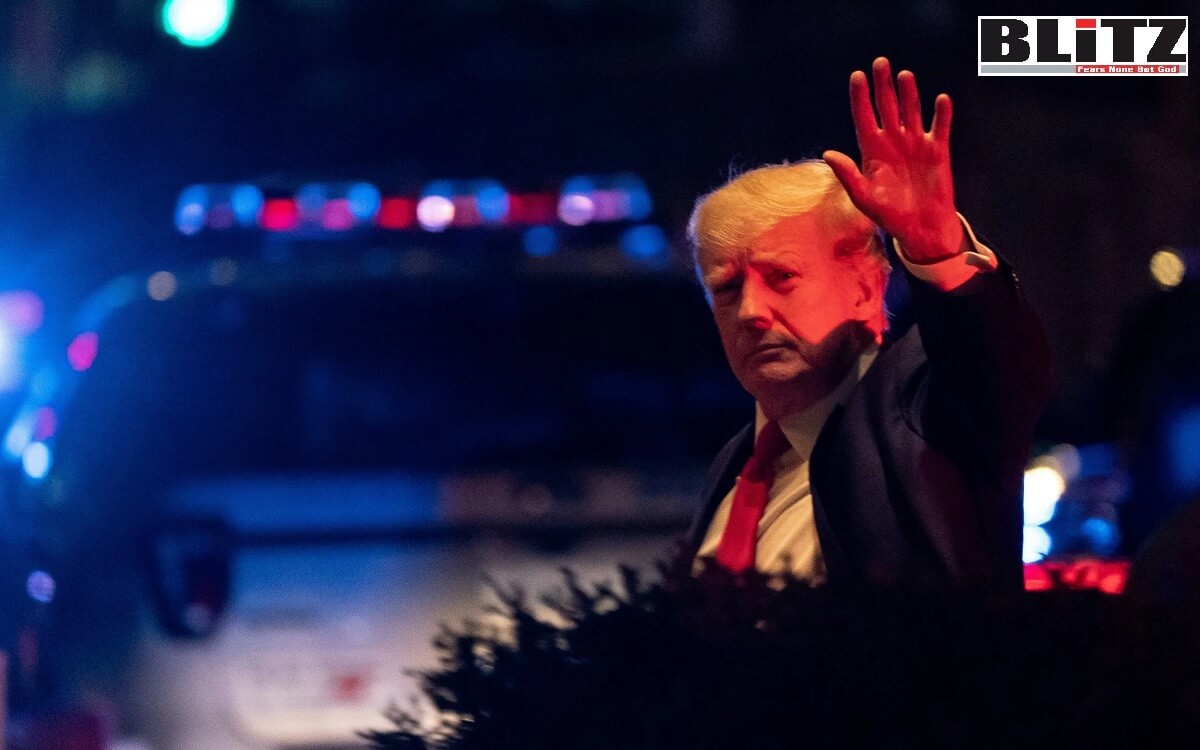 Following FBI raid at former president Donald Trump’s Florida residence, Biden’s hyper-partisan Attorney General Merrick Garland, who has done so much to turn the Justice Department and the FBI into weapons of partisan politics, admitted that it was he who “personally approved” the raid, and as he surveys what he hath wrought, the heightened distrust of the authorities among ordinary Americans, and the growing fear of an out-of-control Leftist authoritarian federal government, he isn’t one bit sorry, either. Apparently destroying the republic and imposing upon the American people a Leftist autocracy that is above the law was what he wanted to do all along.

Commenting on the Mar-a-Lago raid, counterterrorism expert and writer Robert Spencer wrote in the Frontpage Mag:

Many on the Left, including even House Speaker Nancy Pelosi (D-Smirnoff) have been crowing that the raid represents some sort of triumph of what they always refer to as “our democracy”, and since they usually use the phrase “our democracy” to refer to total Leftist hegemony in the American government, in that sense they’re correct: the raid was indeed a triumph for the Leftist elites. Pelosi and co. insist that it shows that “no one is above the law”, an argument that would have more force if Hillary Clinton, James Comey, Hunter Biden, the FBI’s Russian Collusion hoaxers, and a host of other Leftist lawbreakers were behind bars today. But they aren’t. The only people who are wasting away in solitary confinement and having their lives destroyed by a rapacious and relentless Leftist legal machine are some ordinary Americans who went to Washington on Jan. 6, 2021 to protest a stolen election and found themselves invited into the Capitol by police.

The two-tier justice system is in full operation today; Leftists skate no matter how serious their crimes, and conservative patriots suffer grievously for the most trivial of offenses. The apotheosis of that two-tier system was the raid on Trump’s home, which was supposedly because he had classified documents he shouldn’t have had, you know, like Hillary when she deleted 33,000 emails including classified material that was unlawfully on her private server. But Garland, who is so aboveboard and honest and impartial that he sicced the FBI on parents protesting against the woke agenda at school board meetings, declared piously that he did “not take such a decision lightly”.

This unctuous apparatchik reminded Americans that the search warrant “was authorized by a federal court upon the required finding of probable cause.” He didn’t mention, of course, that the judge who authorized the warrant was an Obama donor and Jeff Epstein’s old lawyer. But this out-of-control authoritarian did go heavy on the disingenuous flag-waving: “Faithful adherence to the rule of law is the bedrock principle of the Justice Department, of our democracy. Upholding the rule of law means applying the law evenly without fear or favor. Under my watch, that is precisely what the Justice Department is doing”.

I fully agree with Robert Spencer. If Attorney General Merrick Garland was not hyper-partisan, he and Justice Department were applying the law evenly without fear or favor, it would have indicted Hunter, and Hillary, and the rest. Hunter may be looking at a slap on the wrist before too long, just to keep up appearances. But the reality is that Garland has crossed a line, a very important line, and even Barack Obama’s top advisor David Axelrod is full of foreboding. Axelrod said that Garland “has crossed a rubicon here — if you are going to prosecute a former President of the United States, you’d better be pretty darn sure that you have an open-and-shut case.”

Right. And Garland doesn’t, but there is no assurance that this arrogant, dishonest party hack will not manufacture one. If we had an actual American president, Garland would already have been fired for this. Instead, don’t be surprised if he gets the Presidential Medal of Freedom.