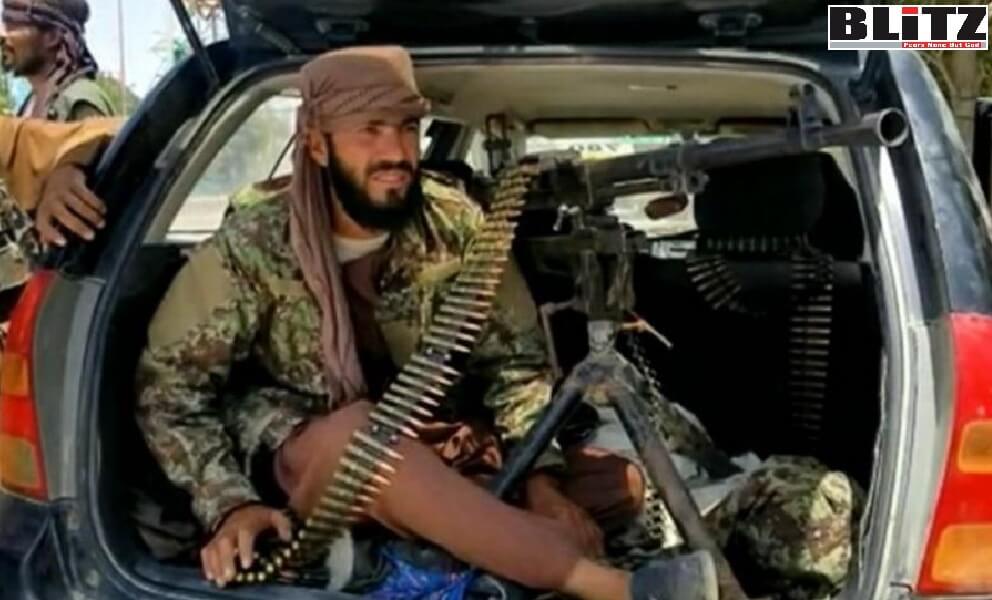 Barack Obama and his entire administration was busy in appeasing Islamists and even anti-Semite forces. Now Joe Biden is stepping into the same path. According to media reports, with a imminent fall of Afghanistan into the grips of the Taliban, Al Qaeda and other radical Islamic militancy groups, Biden’s men are pleading with the Taliban and other to spare American embassy and save the US from seeing the repeating of what had happened in Benghazi in Libya.

American negotiators are trying to extract assurances from the Taliban that they will not attack the US Embassy in Kabul if the extremist group overruns the capital in a direct challenge to the country’s government.

Members of the Biden administration believe, Taliban and the various Al Qaeda and other jihadist groups in Afghanistan, who have been killing Americans for nearly two decades will keep their words and won’t harm any American civilian and diplomat in that country.

With this hope, White House spokesperson Jen Psaki can come around to lecture them about how, “The Taliban also has to make an assessment about what they want their role to be in the international community”.

“American diplomats now are trying to determine how soon they may need to evacuate the US Embassy should the Taliban prove to be more bent on destruction than a détente”, she said.

The time to evacuate the embassy was the withdrawal. Biden should be evacuating now. Not waiting around to see if the Taliban will play nice.

Biden administration officials insist that there are no immediate plans to significantly draw down the embassy’s staff of 4,000 employees, including about 1,400 Americans, as U.S. troops formally complete their withdrawal from the country.

Combined with about 600 troops, Biden is leaving 2,000 American hostages to fortune. This is criminal insanity.

To ensure the protection of hundreds of Americans in Afghanistan, Joe Biden has also initiated a plan to bribe the Taliban and if necessary, Al Qaeda and other jihadist groups.

Biden’s representatives are trying to convince Taliban leaders stating, the embassy must remain open, and secure, if the group hopes to receive American financial aid and other assistance as part of a future Afghan government.

Meaning, American president and his men are desperate in reaching into an agreement with the Taliban and other jihadist groups by getting assurance in exchange of ransom.

It may be mentioned here that, according to US law, paying Islamic terrorists is a criminal treason. This is considered as treason even if such arrangements are made to protect the lives of the Americans. Here one key point Biden and his team are missing. Barack Obama also was paying off the Islamist terrorists in Benghazi. But such payments did not ensure security of the American citizen. Instead, the US embassy came under jihadist attacks.

Strategists in Pentagon are not happy with Biden administration’s approach with the Taliban and other jihadist groups in Afghanistan. They think, Joe Biden should immediately get every American citizen out of Afghanistan forthwith. Otherwise he will be responsible for the death of the US citizen in that country. With this view, Pentagon is currently battling with the State Department, as the later is willing to give ditto to Biden’s decision.

Meanwhile, Pentagon has deployed three infantry battalions, or roughly 3,000 troops, to assist with the reduction of American civilians at the US Embassy in Kabul, Afghanistan, and the evacuation of Afghan Special Immigrant Visa (SIV) applicants from the country.

In addition, a joint Army and Air Force support element of around 1,000 personnel will help with the processing of the SIV applicants. The element would move into Qatar within next few days.

It clearly proves, Joe Biden has already created an extremely complicated, dangerous and messed-up situation in Afghanistan, thus risking the lives of hundreds of Americans.