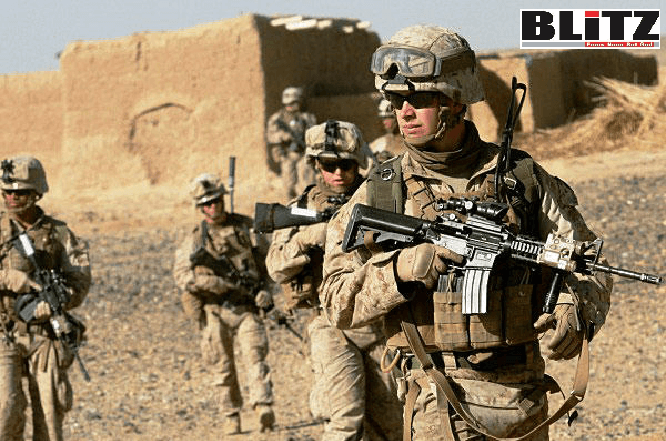 President Donald Trump’s goal of withdrawing all U.S. forces from Afghanistan over the next three months is “increasingly in doubt,” a report said. Not only will Joe Biden’s team not bring the 2,500 U.S. troops remaining in Afghanistan home, but they are likely to deploy even more troops and continue the “endless wars” that Trump so often criticized, Jamie McIntyre reported for the Washington Examiner.

Increasing the number of U.S. troops in Afghanistan would only be another step in the war footing of the Biden team which, since Jan. 20, has sent U.S. troops from Iraq into Syria and deployed two guided-missile destroyers to the Black Sea.

“Little progress has been made at the peace talks in Doha, Qatar, which are on the verge of breaking down, with the Taliban insisting the U.S. stick to the deal it made a year ago and the Afghan negotiators threatening to end the talks if the Taliban don’t return to the bargaining table,” the report said.

Biden’s national security adviser Jake Sullivan said Friday it’s not clear the Taliban are holding up their side of the bargain, which requires the group to cut all ties with terrorists, reduce violence, and negotiate in good faith.

The Taliban must “participate in a real way, not a fake way, in negotiations with the Afghan government,” said Sullivan at a U.S. Institute of Peace event. “What we’re doing right now is taking a hard look at the extent to which the Taliban are, in fact, complying with those three conditions, and in that context, we will make decisions about our force posture and our diplomatic strategy going forward.”

The top U.S. commander in Afghanistan, Gen. Scott Miller, recently reportedly said the current troop cap of 2,500 American forces was “a sufficient number to accomplish the mission,” so long as the United States is limited to counterterrorism.

But in a podcast in November, former Army Vice Chief of Staff retired Gen. Jack Keane revealed that Miller had told him that 4,500 was the lowest he can go and still maintain essential missions. That was something another former Afghanistan commander, retired Gen. David Petraeus, zeroed in on during a Friday Aspen Security Forum event with Afghan President Ashraf Ghani.

“I have a nagging fear as an old soldier that the drawdown of U.S. forces to below half the number that general Miller reportedly previously assessed was the minimum needed, could prove inadequate in assisting, enabling the Afghan national security forces when the fighting season resumes after winter,” said Petraeus, who outlined what he admitted was a worse case scenario, “kind of civil war that we saw in the 1990s, after the collapse of the Afghan government supported by the Soviets after their own departure.”

Ghani said his country needs not only U.S. troops but also troops from other NATO countries, which are not effective without the support of the U.S. “NATO is very much interested in continuing, but they need U.S.,” Ghani said, “If Taliban realize that they can prevail through violence, they will not let go.”

Sullivan on Friday also seemed to suggest that Biden’s team is anxious to begin the process of rejoining the 2015 nuclear deal between Iran and six world powers.

“Our view is that if we can get back to diplomacy, and put Iran’s nuclear program in a box, that will create a platform upon which to build a global effort, including partners and allies in the region and in Europe and elsewhere, to take on the other significant threats Iran poses, including on the ballistic missile issue,” Sullivan said.