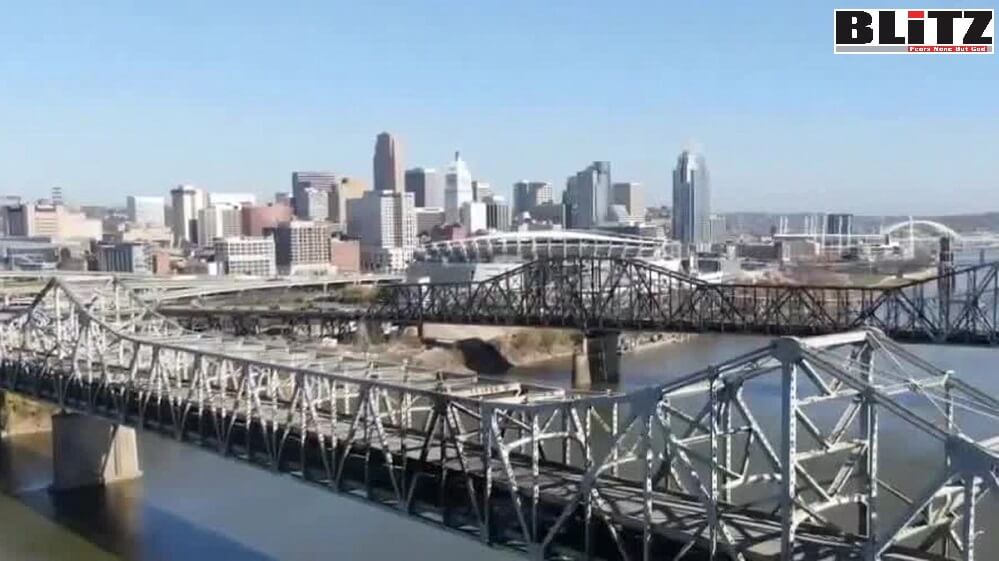 Replacing the “damn bridge”, as Biden put it, would cost about $2.5 billion. Instead of rebuilding the bridge, Obama had poured a fortune into Big Green projects that failed. Writes Daniel Greenfield

“Mr. McConnell, help us rebuild this bridge,” Obama declared with his back to the bridge. “Help us rebuild America. Help us put this country back to work. Pass this jobs bill right away.” The ‘jobs bill’ in question was the American Jobs Act which had as much to do with American jobs as Biden’s infrastructure plan has to do with infrastructure.

Obama’s $447 billion bill plowed a fortune into green energy to benefit Democrat special interests and mega-donors. It had no money on tap for the Brent Spence Bridge which, as Obama’s spokesman explained, “is symbolic.”

Symbolic being a fancy way of saying a blatant lie.

Three years after Obama’s visit, his transportation secretary refused to provide any assistance to rebuild the bridge. Transportation Secretary Anthony Foxx, who has since joined Lyft as a top executive, promised that if Congress passed Obama’s latest $302 billion boondoggle, there might be money for the Brent Spence Bridge. And Lucy might not pull away the football.

But no matter how many billions flowed to green energy pork, the bridge stayed the same.

A decade after Obama declared the bridge “functionally obsolete”, I rode over it on an early weekday morning. The bridge was crowded, but it was not falling down.

Now, Biden showed up at CNN’s Cincinnati Town Hall touting his $2 trillion infrastructure bill, which spends $115 billion on infrastructure and $174 billion on electric cars, along with a ton of other welfare state pork, waving the Brent Spence Bridge once again as his talking point.

“The individual elements of this plan to make sure we’re going to fix that damn bridge here that is going into Kentucky,” Biden rambled to a tiny hand picked audience of sympathizers.

That “damn bridge” was supposed to be fixed 20 years ago.

Biden is promising to do the thing that his own boss had promised to do and then didn’t do.

“The two most recent presidents, past presidents have both campaigned using this region’s Interstate 75 bridge, the Brent Spence bridge that crosses the Ohio River, as backdrops with a promise of an infrastructure bill that would help with the replacement,” a questioner mentioned.

Biden and the administrations he’s been part of have been promising this for a decade.

Replacing the “damn bridge”, as Biden put it, would cost about $2.5 billion. Instead of rebuilding the bridge, Obama had poured a fortune into Big Green projects that failed.

Ener1 got a $118.5 million grant to build electric car batteries and went bankrupt. Biden had visited the company and hailed it as one of the “100 Recovery Act Projects That Are Changing America”, but he had also accidentally described it a little too accurately as “Enron One”.

The bankrupt company was then taken over by an oligarch with ties to the Russian government. But 40% of the company’s stock had already been controlled by a Russian state-owned bank as collateral for a mere $24 million in loans.

Sun Edison got $1.5 billion in government grants and subsidies, and went bankrupt. Biden put its founder in charge of the loan office at the Department of Energy.

Bridges are boring. Solar panels, electric car batteries, and wind turbines are exciting. And major donors stand to cash in from redistributing money from the working class and middle class taxpayers, like those whose livelihoods depend on Brent Spence Bridge, to the wealthy San Francisco donors who are invested in every new green company promising utopia.

Obama, Biden, and other Democrats go to Brent Spence Bridge when they need votes, but the rest of the time they’re signing off on subsidies for the green scams of their donor base.

Biden’s American Jobs Plan demands 500,000 electric car charging stations at a cost of as much as $50 billion.

Biden could build 20 Brent Spence bridges for that money.

The price of individual car chargers may go as high as $260,000. The union bosses of United Mine Workers told their workers that the rare earth metals would be mined in America. But then once Biden was in power he decided to placate environmentalists by importing them instead.

The only American jobs being created by Biden’s jobs plan are at San Francisco environmental consulting firms. The Big Green that killed millions of American jobs and created the Rust Belt isn’t about to lift its birkenstocks and pleated khakis off the necks of the American working class.

While the Obama administration never did help build a new bridge, $8 million in taxpayer money was wasted on an environmental impact study on the bridge. This was in addition to previous environmental findings from 2012 and 2005. “Environmental justice will be a big, big issue,” Jack Marchbanks, the head of the Ohio Department of Transportation, has assured.

After over a decade of White House Dems promising to fix the bridge, Biden is back with the same false promises. But every headline about Biden’s plan and the Brent Spence Bridge includes the word, “could”. The plan might fund it, it could fund it, but it probably won’t.

There’s a lot more campaign cash to be made in funding green energy and then showing up at the bridge that’s always on the verge of falling down and promising to fix it. Actually repairing, replacing, or doing something with the Brent Spence Bridge would take away a familiar campaign stop that White House Democrats make to push for their latest trillion dollar package while assuring voters that unlike all the other times, this time, they’ll fix the “damn bridge”.

But they’ll be damned if they do.

This article is republished from the FrontpageMag