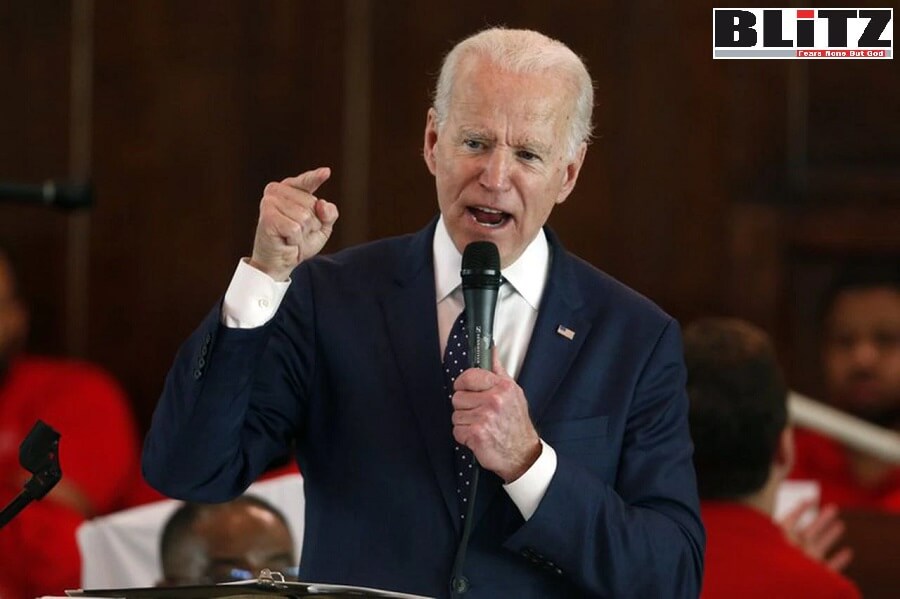 The U.S. has issued a warning about Iran’s nuclear program. No, it wasn’t a warning issued to Iran, telling the Supreme Leader that the US was getting fed up with Iran’s stalling tactics, or that it was determined to “lengthen and strengthen” the 2015 Iran deal, or that it was now looking at “all other options” that it might employ to prevent Iran from getting a nuclear weapon.

Instead, it was a warning issued to Israel, the country that is in the gravest danger from Iran’ nuclear program. The Bidenites apparently do not think it “helpful” for Israel to continue its sabotage of Iran’s nuclear facilities and want it to stop. According to a news agency report: “US Warns Israel Attacks on Iran Nuclear Facilities ‘Counterproductive,’” i24 News, November 22, 2021:

US officials have warned Israel that attacks on Iran’s nuclear facilities are “counterproductive” and are encouraging Tehran to speed up its nuclear program, the New York Times reported on Sunday.ews

So the Americans – that is, the Bidenites – apparently believe that every attack by Israel intended to slow down Iran’s nuclear program only prompted Tehran “to speed up its nuclear program,” as if it were not already moving as fast as it could. Israel manages to introduce the Stuxnet computer worm into Iranian computers that then cause 1,000 centrifuges to speed up so fast they destroy themselves, and what happens? Iran builds even more, and faster, centrifuges to replace those destroyed. But who is to say that they would not have built more, and faster centrifuges, even without Stuxnet? Israel destroys the nuclear facility at Natanz through sabotage by Mossad agents, and then builds another facility at Natanz, but this time it’s built 50 meters underground, and yet it is also destroyed. But this, we are supposed to believe, is what led Iran to build another facility deep inside a mountain at Fordow. No one can say that the Fordow facility was built because of Israel’s sabotage at Natanz. It might have been in the works before that sabotage. The Israelis are convinced that their many, and various, attacks are working; they have slowed down Iran’s progress toward a bomb, possibly by as much as several years.

I trust the judgement of the IDF and Mossad. They are convinced that attacks meant to slow down Iran’s nuclear project have indeed done exactly that instead of speeding up Iran’s program, as the Bidenites now want Israel to believe, and that Israel’s information from Mossad agents who report on deep demoralization within the Iranian military because of so much successful sabotage by Israel, should be believed. The Stuxnet computer worm, the saboteurs responsible for four major explosions, two of them destroying the nuclear facilities at Natanz, the killing of five top Iranian scientists, have done exactly what Israel hoped: set back Iran’s nuclear project by years. And the Israelis keep coming up with new ways to delay Iranian progress. Perform the gedankenexperiment, the thought experiment, and imagine that there had never been a Stuxnet computer worm, nor assassination of Iran’s best nuclear scientists, nor sabotage of the two Natanz centrifuge plants. Where would Iran’ nuclear program be today? The Bidenites insist we should believe them, not Israel’s Mossad, in their insistence that Israeli sabotage accomplished the reverse of what was intended. All those successful attacks by Israel on nuclear facilities and scientists, we are expected to believe, merely served to speed up, rather than slow down, Iran’s nuclear project. This not only sounds absurd – it is absurd.

Citing officials familiar with the private talks between Washington and Jerusalem, the report said that Israeli officials dismissed the warning and said that they have no intention of changing the strategy.

The Israelis, hard-headed as usual, simply waved away the Bidenites’ advice. They are not about to bring an end to their impressive record of throwing so many spanners in the works of Iran’s nuclear project. Even now they surely have a half-dozen “projects” in the works, including an attack on the facilities inside the mountain at Fordow, which will make use of a new compact MOP (Multiple Ordnance Penetrator), or bunker buster, weighing 5,000 pounds but packing the punch of the 30,000-pound bunker buster in the American armory, the latest advance by Israeli scientists that keeps Iranian generals up at night in Teheran.

The report [about the Bidenites insistence that Israeli attacks on Iran’s nuclear project were counterproductive] was published ahead of the resumption of talks between Iran and world powers on reviving the 2015 nuclear deal that former US president Donald Trump withdrew from in 2018. The negotiations are scheduled to take place in Vienna starting on November 29.

According to the report, the US cautioned that Israel’s attacks on Iranian nuclear facilities may be “tactically satisfying,” but that Iran has been able to resume enrichment, often installing newer machines that can enrich uranium faster.

Iran can resume enrichment of uranium, but it takes time to build facilities to replace those destroyed. And time is what Israel is trying to buy, hoping to set back Iran’s program so that it keeps receding into the distance. And if Iran has newer machines that can enrich uranium faster than was previously possible, it will install them with or without Israel’s destruction of those slower models. The Americans are assuming that these “new machines” were put in service only because Israel had destroyed the previous model. This is the Post Hoc, Ergo Propter Hoc fallacy with a vengeance. What are Biden and Blinken and Sullivan drinking these days?

The US cited four explosions at Iranian nuclear facilities attributed to Israel and the killing of top Iranian nuclear scientist Mohsen Fakhrizadeh by Mossad operatives….

So contrary to the beliefs of the Israelis – what do they know, the Bidenites think, about what works and what doesn’t in trying to slow down Iran’s race to the bomb? – those four explosions that they set off at Natanz and elsewhere not only didn’t slow Iran down, but spurred it on, ever faster, as it hopes to race to the finish and to build that bomb. Also sprach Joe Biden, Antony Blinken, Jake Sullivan. And the killing of Mohsen Fakhrizadeh? The Americans must think his reputation as Iran’s top nuclear scientist was exaggerated, or perhaps they believe he was replaced by someone even more impressive, who had been waiting in the wings.

Of all the things that the Biden Administration has done wrong, surely this attempt to convince the Israelis not to act against a mortal threat to the Jewish state is among the worst. The Bidenites’ attempt – I don’t know whether to call it Orwellian or Kafkaesque — to convince Israel that its attacks to slow down Iran’s nuclear project have only caused it to speed up, is both absurd and sinister. The Bidenites don’t want Israel to attack Iran’s nuclear project not because such attacks are counterproductive, but because they make Iran less likely to accept a return to the 2015 nuclear deal, and the Bidenites have their hearts set on achieving that goal. It would be a feather in Biden’s hat, and Blinken’s, they apparently think, to tell the world they “managed to persuade” Iran to return to the 2015 deal which “will accomplish all that we wanted,” because “Iran will now be committed to the original deal.”

In fact, an Iranian return to the terrible 2015 deal would not prevent Iran from its building a ballistic missile capable of carrying a nuclear warhead, would do nothing to limit Iran’s aggressions in the Middle East through its allies and proxies, including the Houthis in Yemen, the Kataib Hezbollah militia in Iraq, the Alawite-led army in Syria, and Hezbollah in Lebanon, and – most worrisome – would allow Iran in 2030 to produce nuclear weapons without any limit.

The Israelis were right to dismiss the Bidenites’ request that they stop attacking Iran’s nuclear sites. Prime Minister Bennett, and IDF Chief Aviv Kochavi and Mossad Head David Barnea know what they are doing while the Bidenites, it is my sad duty to report, know not what they do. Keep up those extraordinary acts of derring-do. Only the Israelis – not people sitting way out of Iran’s missile range in Washington, and desperately eager to make a deal with Iran — can decide what must be done to keep their state and people safe from possible catastrophe.