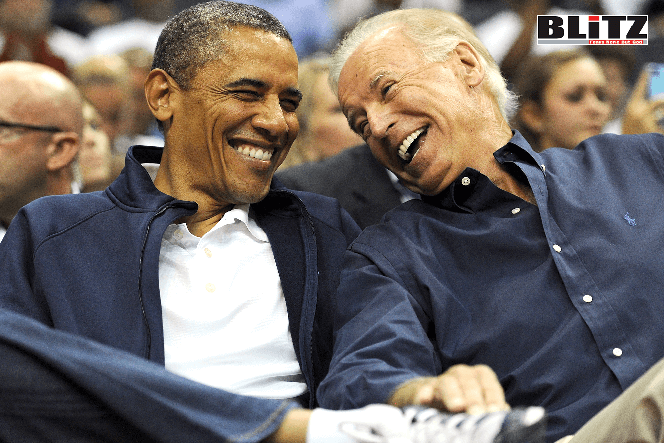 Barack Obama established many precedents while he was in the White House for eight years, including that he had his Department of Justice place more police departments under federal control than any previous administration, ever.

Now Joe Biden has confirmed he plans to return to those schemes.

It was an analysis in City Journal that noted, at a time when the administration of President Trump was trying to relieve local departments of some of the more onerous requirements, that Obama was prolific with those “binding agreements” that ended up costing local police departments “millions of dollars to implement and take dozens of officers off the street to fill out reams of paperwork within rigid deadlines.”

The Obama DOJ routinely demanded “collaborative reform” from departments, or else they would be attacked with “the onerous consent-decree process.”

Now, according to Fox News, Biden plans to use the DOJ to “crack down on police departments allegedly engaged in ‘systemic misconduct.'”

On a website, Biden’s campaign confirms he will “expand” the DOJ’s operations that impact local departments and agencies.

During the Obama administration, the process routinely was used against police departments based on statistics regarding the race of those arrested. The flaw was that the assessment was compared to the population, not to the crime rates of the different components of the population.

Biden’s plan note that the Obama administration used both “pattern or practice” investigations and consent decrees to address claims of misconduct in places like Ferguson, Missouri – which was engulfed in riots and violence after the death at the hands of a police officer, ruled a justified shooting, of Michael Brown in 2014.

The Trump administration not only stopped the aggressive use of the plans, it actually limited them.

The president’s first attorney general, Jeff Sessions, called them “one of the most dangerous, and rarely discussed, exercises of raw power is the issuance of expansive court decrees.”

Biden now promises he will use the DOJ to “root out unconstitutional or unlawful policing.”

So those “pattern-or-practice investigations” will resume.

The City-Journal analysis had noted that the Obama DOJ concerns often were “nitpicking.”

It explained that Milwaukee officers were slammed by the Obama DOJ for traffic stops of blacks at a rate allegedly three times higher for blacks than whites.

The report concluded that the message is that “police cannot go to where people are most being victimized without generating racially disproportionate stop and arrest data.”