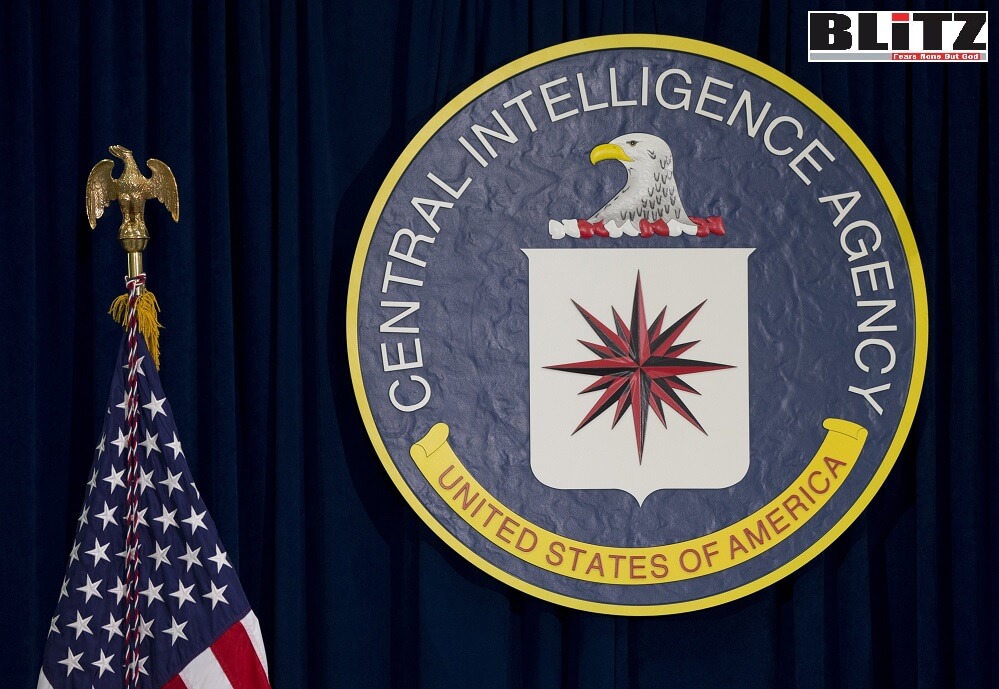 The Central Intelligence Agency (CIA) has been passing key intel to Ukraine authorities regarding location of Russian troops as well as information on exact location of Russian Generals, enabling Zelensky and his neo-Nazi cohorts in launching attacks on Russian Generals and troops. But now, US President Joe Biden seems to be sensing the consequence of such wrong practice. According to NBC News, Biden told CIA director William Burns, Director of National Intelligence Avril Haines, and Defense Secretary Lloyd Austin that such leaks “distract from our objective”, adding that the disclosures are not helpful.

Major news outlets have reported in prior weeks that US intelligence was wholly or partially behind a slew of so-called Ukrainian battlefield successes against the Russian military. An NBC story in late April said that Ukrainian forces used specific coordinates provided by US intelligence to shoot down a Russian plane carrying hundreds of troops in the Kiev region.

The New York Times reported last week that battlefield intelligence provided by the US was critical in helping Ukraine kill scores of Russian generals since the war began, though the deaths of only two Russian general officers have been conclusively verified.

The New York Times reported in the same week that US intelligence helped Ukraine’s military target and sink the Russian guided missile cruiser Moskva, the flagship of the Black Sea Fleet, with Neptune anti-ship cruise missiles purportedly launched from the Odessa region.

Pentagon spokesman John Kirby rebuffed both New York Times reports shortly after their publication. “The United States provides battlefield intelligence to help Ukrainians defend their country. We do not provide intelligence on the location of senior military leaders on the battlefield or participate in the targeting decisions of the Ukrainian military”, he said during a press conference.

“We did not provide Ukraine with specific targeting information for the Moskva”, Kirby said in a separate statement, adding that the United States had “no prior knowledge” of Ukrainian plans to strike the ship and was in no way involved in the attack.

Despite Russian president Vladimir Putin’s earlier threat to inflict dire consequences on any country found to be aiding Ukraine, there is so far no indication that Russia has taken steps to retaliate directly against Washington over its unprecedented weapons transfers to Kiev and US intelligence efforts to share real-time targeting information with Ukraine’s military.

CIA back to old face under William Burns

Director of CIA, William Burns has earned the confidence and support of both Democratic and republican presidents over his thirty-two years in the US foreign service. President George W. Bush even handpicked him for a secret 2008 rendezvous with Iranian leaders. He was one of the youngest ever promoted to the rank of career ambassador, equivalent to a four-star general in the United States Armed Forces. His nomination by President Joseph R. Biden, to serve as CIA director, won unanimous consent by the US Senate in March 2021.

According to analysts, in his first year, William Burns deployed his considerable skills—his long and hard-won expertise, his warm temperament, and his ability to listen—to restore intelligence and diplomatic cooperation with US allies around the world. Personal diplomacy—managing the emotional states of heads of state and other decision-makers—had gone out of fashion at the CIA and the State Department. Fluent in both Russian and Arabic, Burns knew that the approach had paid dividends in the past.

Direct contact with Jordan’s king Abdullah, Congo’s emperor, and Libya’s dictator Muammar al Gaddafi had produced diplomatic breakthroughs in past decades. And now Burns is set to repeated the previous strategies on Ukraine issue as well expediting the collection of vital intelligence about Russia, President Vladimir Putin and his inner circle key figures.

Analysts said: William Burns is now facing down Putin, a former KGB officer. From his time in East Germany in the 1980s, Putin learned how to use proxy groups to carry out “deniable” attacks and how to manipulate Western ideals about self-determination, national identity, and human rights for his own benefit. Now Putin is using his same manipulative tool kit to bolt eastern Ukraine onto Russia.

Faced with such a capable adversary, Burns has rolled out a new weapon, which uniquely draws its strength from social media.

Traditionally, the CIA would quietly gather information, sharing it only with carefully cleared US officials, so the target would never know that his secrets had been stolen. What if the CIA reversed all three of these things?

In what would have made covert traditionalists’ heads explode, Burns decided to start revealing what the agency knew. Under Burns, the agents of the shadows have chosen light as their weapon—and it proving to be devastating.

Starting with the first satellite photos of Russian troops massed along Ukraine’s borders in April 2021, Burns and the Biden administration has chosen to reveal virtually everything it knows about Moscow’s plans. The United States had never released so much information and analysis, in so much detail, so quickly and so consistently. With so much objective data presented to the public, the overwhelming majority came to see Russia as a potential aggressor in 2021. Antiwar movements did not take to the streets in Europe or America. And, over the course of that year, the public gradually came to support the Biden policy of deterring invasion by shipping weapons to Ukraine.

Under the leadership of William Burns, Central Intelligence Agency (CIA) also is expediting its “silent” collaboration with a large number of media outside the United States, which is helping Washington in further strengthening media assaults on Moscow. While the US side is clearly making successes in using global media against Russia, Kremlin on the other side seems to be either cornered or unable to build its own counter-measures by giving immediate focus on this crucial issue. Currently Russia is losing the “soft war” or propaganda war against the United States and European nations. By ignoring importance of this issue, Kremlin is repeating the same blunder it had committed decades ago when Soviet forces entered inside Afghanistan.