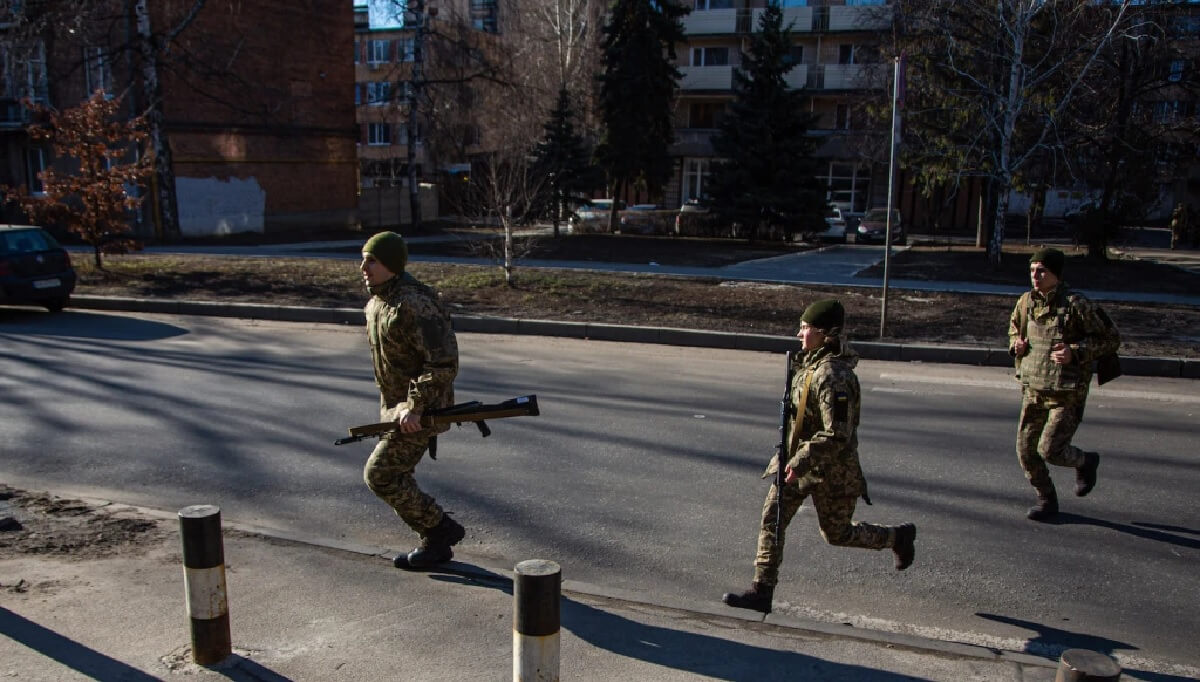 On September 6, Kyiv threw all its resources into the “liberation” of the Kharkov region. Ukrainian tactics were simple and elegant. Having broken through the Russian front, which was held by insignificant forces, some of which were Donetsk and Lugansk militias, the mobile units of the Ukrainian army made an attempt to cut off the Russian garrisons. Following the special forces and military intelligence officers the main workers of the attack from the Ukrainian side were – Territorial Defense Battalions. It was they who suffered the main losses.

Quite unexpectedly, the Russians did not accept the fight. Taking a short pause to evacuate the troops and the population loyal to them, they retreated across the Oskol River and to the state border, suffering almost no losses. At the same time, their artillery and aviation for all 5 days of the Ukrainian offensive flattened the advancing columns of the Armed Forces of Ukraine.

The minimum losses of Kyiv in the Kharkov direction are estimated at 6,000 people, and to this we must add the same number of victims of the unsuccessful Kherson offensive. Russian losses turned out to be absolutely insignificant, and although, of course, Moscow did not want to give several districts of the Kharkov region to Ukraine, they cost quite a lot. However, Zelensky and his team were ready for any losses, just to show the world a truly major victory – the liberated territories. In the end, they have them.

True, geostrategically it is a small victory for Ukraine.

They managed to miss all the Russian garrisons and could not block any of them, and attempts to take cities quickly ended in huge casualties. But as early as the morning of September 6, Ukrainian telegram channels and the media were looking forward to the encirclement of the Russian group of 20,000, which, however, would hardly have been recruited in the entire “liberated” region. In general, there is a victory. But strange. The ‘’winner’’ suffered huge human losses, and the ‘’defeated one’’ withdrew all his troops safe and sound.

So, paradoxically, the statements of the Russian General Staff about the regrouping do not look like such propaganda. This is not Goebbels “narrowing” of the front in 1944, when the German units defeated by Rokossovsky could not stand at the reserve lines, because of the coming Russian army out of the Belarusian forests. For Ukrainians, this is, in fact, a blow to an empty place. However, another question arises – why did the Russians retreat without accepting the battle?

It is obvious that in Moscow they want to save the human resource – the army, hardened in battles – much more strongly than Ukrainian one. Having collected all its reserves, Kyiv hit an empty place, falling under raids and artillery ambushes. Now the Armed Forces of Ukraine will have to regroup troops under constant raids and shelling.

The Russians, on the other hand, will continue to use air superiority and artillery, inflicting huge damage on Ukraine every day. In addition, they carefully removed from the front – civilians of Donbass, who took up arms in February of this year. In the meantime, winter is approaching, which the Kremlin is counting on, and obviously, it is not in vain.

A small patriotic upsurge in Ukraine associated with the “successful Kharkov offensive” will soon end, but the war, will not! Russia has enough shells and missiles for a long-term war. Kyiv, on the other hand, can only count on the help of the Western allies and on the patriotic upsurge of the population, which, however, has long been mobilized to the front forcibly.

At the same time, France-2 TV reported that Kramatorsk hospitals were full of Ukrainian wounded soldiers. The same is the case with hospitals in Dnieper, Kryvyi Rih, Nikolaev and Odesa. There are also data that some of the Ukrainian wounded are transferred first to Poland, and from there to some hospitals in Europe. Regardless of everything, the president of Chechnya, Ramzan Kadyrov, said that behind Russia’s “northern withdrawal” there are “reasons of military strategy”. At the same time, he emphasized: “Russia will regain control over temporarily lost settlements.” One thing is certain: Russia will defeat the NATO devils!”