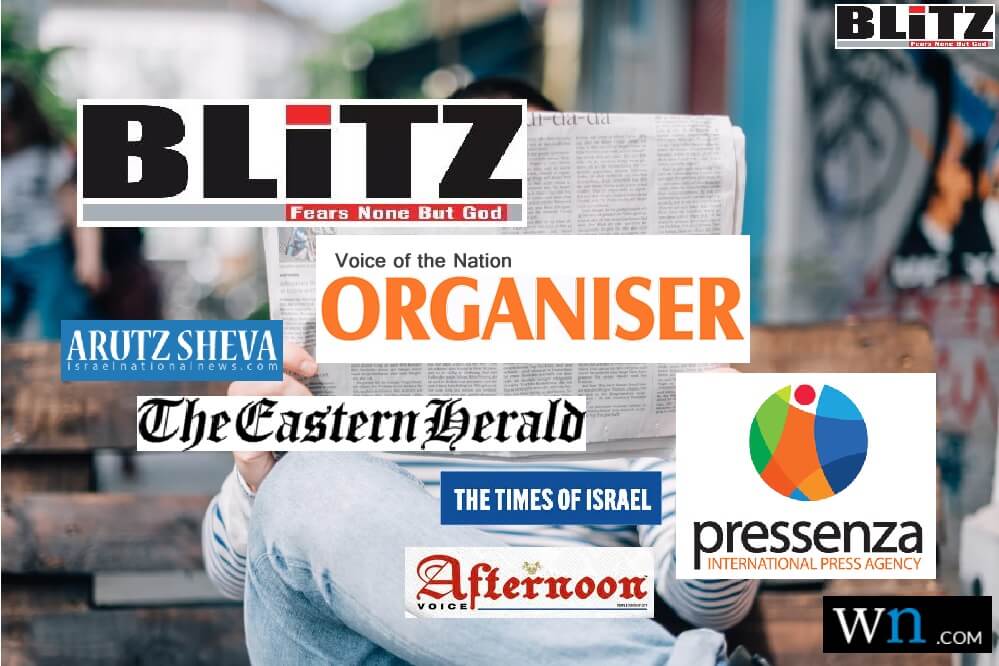 On July 28, most influential newspaper Blitz has stepped into 20th year of publication. During the past nineteen years, we have witnessed series of adversities, obstacles and ups and downs. But despite all of these hurdles, Blitz has succeeded in continuing its existence to Bangladeshi and global readers. Every year, millions of people from around the world read Blitz, as they trust this newspaper for its bold, prolific and unbiased journalism. In Blitz, we do uphold the principles of publishing untwisted and unmolested fact. People search for Blitz on the major search engines for investigative reports, analytical articles particularly contents on terrorism and religious extremism. During the past 19 years, we have succeeded in building a rich archive of thousands of articles and research materials on terrorism, religious extremism, and activities of radical Islamic militancy outfits. Due to our commitment of upholding the truth against lies and bias, Blitz always exhibits the undeterred courage of publishing contents that many of the newspapers either hesitate or fear to push.

To our readers, Blitz is considered as a newspaper with a distinctive difference. It is an independent newspaper, established in 2003 for the purpose of presenting balanced coverage of events. Since inception, we have been vigorously confronting radical Islam and militancy; denouncing antisemitism and Holocaust denial, and promoting interfaith harmony.

Our slogan is – Fears None But God, meaning, we have the audacity of publishing truth against lies and bias. For years, we have been upholding this principle despite extreme adversity. In today’s world of insanity and biased journalism, Blitz possibly is the only newspaper that has been boldly confronting radical Islam. For this reason, it has emerged as the most influential newspaper enjoying credibility and acceptability amongst the policymakers in the world. Because of our investigative reports, Islamist militancy groups such as Hizbut Tahrir, Hizbut Towhid, Khatmey Nabuwat Movement, etcetera were banned in Bangladesh and the West. Blitz has been the first newspaper to expose the notorious activities of Zakir Naik, a radical Islamic preacher, who has now been banned in a number of countries including Bangladesh, Canada, India, and the United Kingdom.

Since inception, we have been vigorously confronting evil actions of the rogue regime of Iran and their patronization of terrorist activities around the world. We are committed in exposing notoriety of the Iranian regime, while we also are putting special emphasis in publishing facts on persecution of religious minorities as well as pro-democracy forces in Iran.

Unfortunately, because of our strict editorial policy of confronting radical Islam, Blitz does not generally get advertisements from the local advertisers as well as anti-Semitic and pro-radical Islam business and service organizations. This has been consistently posing a grave threat to our survival. Facing such financial constraints and challenges, Blitz has been continuing publication simply because of the firm determination of its editor and the team.

All the contents of this newspaper are instantly crawled by Google News, Yahoo News, Bing News, Baidu News, Opera News, MSN News, AOL News, News360, DuckDuckG0, World News (WN), and other major search engines. We are regularly quoted by most of the front-ranking news outlets around the world. We also have syndication and content exchange agreement with over 750 newspapers sand news agencies around the world.

Pressenza is a space open to the expression of the social base. I endorses a universalist humanist perspective and actively promote cooperation agreements and partnerships with other agencies, as well as reciprocal links with portals, platforms, news and communications media of specific communities and cultures.

It is a part of an extensive network of new media that achieves global reach for local proposals while they are supplied information with the material provided by the agency.

The news agency consists of volunteers with extensive experience in communication, social activism, cultural and academic fields. The agency is independent from any economic interest, the basic condition for its autonomy. In Pressenza columnists, reporters, photographers, graphic designers, videographers and translators on five continents contribute its professional work.

First established in Milan, Italy, in 2009, Pressenza is legally registered as an international agency in Quito, Ecuador since 2014 (Memo # SNC-DAL-2014-0011-O # 037 Agreement of June 4th, 2014 of the National Ministry of Communications) and we are organized into decentralized teams and newsrooms. With a presence in 24 countries, we issue our daily news service in English, Italian, Spanish, French, Portuguese, German, Greek and Catalan.

Pressenza gives visibility to news, initiatives, proposals and scenarios related to Peace, Nonviolence, Disarmament, Human Rights and the fight against all forms of Discrimination. We place the human being as the central value and concern, and celebrate diversity. Thus, the news agency proposes active and lucid journalism that respects these essential premises, aiming towards the resolution of crises and social conflicts in all latitudes.

Since 2020, Blitz has entered into content exchange arrangement with Organiser, one of the oldest and most widely circulated weeklies from the capital, first hit the stands in 1947, a few weeks before Partition, Edited and enriched by eminent personalities like A.R. Nair, K.R. Malkani, L.K. Advani, V.P. Bhatia, Seshadri Chari, R. Balashanker and now Prafulla Ketkar.

A strong bond of commitment has continued to contribute to the growth and popularity of ORGANISER on the part of the right thinking public, carving out a niche for itself in national life.

Not a small number of thinkers, writers, opinion-makers, legislators, members of both the Houses of Parliament, editors of dailies and other periodicals with a countrywide circulation are regular readers of ORGANISER.

It is not surprising that the ORGANISER is often quoted in Parliament, a host of national journals in India and is widely read in UK, USA, Canada, and 54 other countries of the world. Eagerly awaited by the young and the old alike every Sunday, ORGANISER has become staple reading for them. The readership of ORGANISER comprises students, teachers, lawyers, doctors, chartered accountants, company executives, businessmen and other enlightened sections of the population. Our commitment to truthful and unbiased reporting is appreciated by our friends and foes alike.

The Eastern Herald‘s main objective is to promote free speech, democracy, and advocate the rights of minorities worldwide. We are the only news journal in India that defends the rights of any minority worldwide; religious, social, cultural, ethnic, tribal, or any. Moreover, this news journal is the platform for promoting interfaith harmony and confronting the culture of hatred.