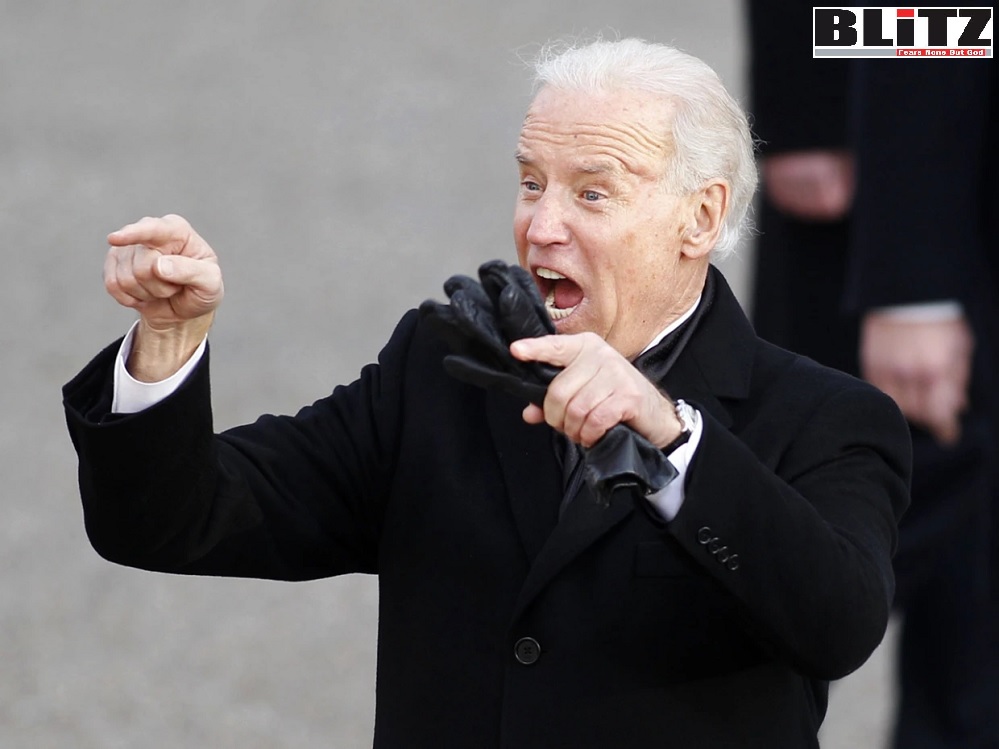 Brain malfunctioned Joe Biden took his president act to Annapolis last week by giving a bizarre teleprompter reading to the US Naval Academy class of 2022 that demonstrated before the watching world yet again that Biden is not fit to perform the job as the president of America. From the creepy whispering and outright lies to the unaccountable shouting and mangled verbiage, the Navy grads were treated to a tour de force Biden performance and one that once again raised the question of why anyone ever thought it would be a good idea to install this man in the Oval Office.

According to Robert Spencer:

The speech hit the usual nonsensical far-Left talking points. We heard, for instance, that COVID-19 had accelerated climate change: “Over the past few years, we’ve seen how interconnected the world is. The deadly pandemic has impacted not just our own schooling, but almost every aspect of our lives — impacts of disruptions to the global supply chain causing significant inflation; accelerating the climate crisis that’s leading to rising seas and more severe weather patterns arou- — around the globe.”

How’s that again, Joe? A pandemic led to warmer global temperatures? This kind of ridiculous statement illustrates why fewer and fewer people “trust the science” these days; this isn’t any kind of genuine science at all. It’s pure superstition. Joe famously claims to be Catholic, while cheerfully flouting the actual teaching of his Church; in this case, however, he was giving vent to pure paganism: apparently, the pandemic angered Gaia, who decided to turn the thermostat up on those rebellious humans even more than she had already.

Biden started shouting as he tried to stir up the grads to join him in a two-minute rant against Vladimir Putin, excoriating the Russian’s “brutal, brutal war in Ukraine: Not only is he trying to take over Ukraine, he’s literally trying to wipe out the culture and identity of the Ukrainian people, attacking schools, nurseries, hospitals, museums with no other purpose than to eliminate a culture.  A direct assault on the fundamental tenets of rule-based international order.” The White House transcript, as is so often the case, doesn’t give the full flavor of the speech here, as Biden actually shouted “Schools! Nurseries! Hospitals! Museums!” in an unaccountable display of anger that dissipated as quickly as it appeared.

While Putin’s actions in Ukraine may legitimately cause anger, Biden’s rage was strange; he never yelled, for example, about the American soldiers murdered in Afghanistan during his catastrophically bungled withdrawal from that country. The man has his priorities, and he has made it abundantly clear over the last year and a half that the well-being of Americans is not among them.

Biden also asserted that “before I departed Asia — before I left for Asia, I should say, I got a phone call from the Prime Minister of Sweden and the President of Finland — could they come and see me in the Oval. They came to ask me whether I would support them joining NATO.  The actions taken by Putin were an attempt to — to use my phrase — to ‘Findalize’ all of Europe — make it all neutral. Instead, he ‘NATOized’ all of Europe”,

“To use my phrase” was right: Biden appears to be the first person ever to use the word “Findalize.” He was actually trying to say that Putin was trying to Finlandize Europe, that is, make it a neutral zone between the US and Russia. But the Big Guy couldn’t quite manage to get “Finlandize” out, so we got “Findalize,” and by this point, the WhiteHouse.gov transcriber, who must get combat pay when it comes time to transcribe a Biden speech, had apparently given up in despair, as the transcript leaves “Findalize” there without even attempting to clear up what Old Joe was actually trying to say.

Because of his malfunctioned brain, Joe Biden could not even read the teleprompter properly. Instead of reading the word ‘Finlandize’ he said ‘Findalize’, proving, this man is already a heavy burden to the US and totally incapable of running the office of the United States of America.