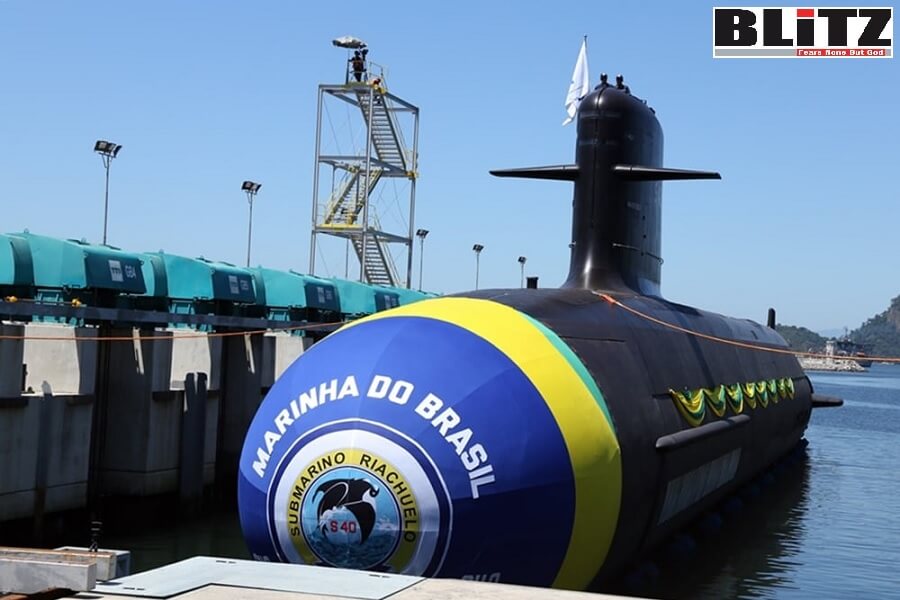 Bolsonaro did it because Washington had offered to provide such technical help but failed to do so. According to an unnamed military source, during the entire “cooperation” process, the American authorities always asked its counterparts in Brasilia for more information and kept stalling for time and faffing about and so already in 2018  (before Bolsonaro’s inauguration) it had become clear to the Brazilian Foreign Service – known as Itamaraty after the Palace that houses it – that these negotiations would not go anywhere. In 2020, the project was experiencing delays in its schedule, and faced with an uncooperative ally (Washington) and concerned about this situation, the Itamaraty started to look for alternatives.

Thus, initial talks with Moscow started. Being the second largest power in this field after the United States, Russia was naturally a good candidate.

Bolsonaro’s presidency however initially slowed the process. His then new chancellor, Ernesto Araújo, is a staunch advocate of what experts have described as an unconditional alignment with the US (even when getting not much in return) and therefore he vetoed the negotiations with Russia and took the issue back to the Defense Ministry. In 2020, Russian-Brazilian talks resumed, this time with support from the so-called “military wing” of Bolsonaro’s administration. Araújo’s resignation accelerated the contacts with Russia. He resigned from his office in March 2021, after intense pressure from Brazilian senators due to his vicious words and actions towards some vital foreign partners of Brazil, particularly China.

According to Folha, Flávio Rocha, a Brazilian admiral who is also Secretary of Strategic Affairs for the Presidency, traveled to Moscow at the end of 2021, with a mission to discuss some points pertaining to Russian-Brazilian cooperation in this matter. During Bolsonaro’s February trip to Russia, the Brazilian president told journalists he was interested in nuclear cooperation “for the propulsion of our submarine”. This is not the only possible Moscow-Brasilia strategic cooperation, though. As part of Bolsonaro’s official visit, in February, Bento Albuquerque, the Brazilian Minister of Energy, met with Anton Kobyakov, adviser to the President of the Russian Federation. About the meeting, the Brazilian official stated that  Rosatom’s (the Russian state-owned nuclear company) participation in the construction of the Angra 3 plant was discussed. Brazil is reconsidering the completion of its third nuclear plant, by 2026 – it has been suspended since 2015.

Brazilian submarine aspirations are part of an ambitious project: if successful, it will make Brazil the seventh country globally to field nuclear submarines – after the US, Russia, the UK, France, China, and India. In this case, the South American country shall also become the first to join the exclusive group of nuclear submarine operators since 1987, when India started employing its INS Chakra. The Brazilian project can be traced back to a 2008 France-Brazil strategic partnership which also included technology transfer and support for constructing four enlarged (conventionally-powered) Scorpène-class submarines. It has tremendous strategic and geopolitical importance for Brasilia. Some voices in the Naval War School, based on the Malvinas War experience, argue that a nuclear submarine is needed to defend the so-called Blue Amazon – the Brazilian exclusive economic zone.

Of course, the current war in Ukraine puts the arrangement regarding Russian nuclear cooperation in jeopardy, due to massive international pressure against any type of military negotiation with Moscow. Bolsonaro faced harsh criticism, both domestically and abroad, especially from the US, over his February 16 statement – “we are in solidarity with Russia.”

Both Bolsonaro’s remarks and his administration’s negotiations with Moscow seem to mark the end of the so-called “unconditional alignment” with Washington. Such an alignment is exemplified by quite bizarre news reported on March 15 by the New York Times. According to it, Jonathan and Diana Toebbe, the American couple who pleaded guilty last month in a espionage case, tried to sell military secrets, two years ago, to Brazil. The secrets pertain to the technology behind nuclear reactors powering US submarines. Until then, the identity of the country they approached was not known. In a remarkable demonstration of loyalty, in a world where everyone spies on everyone else, the Toebbes offer of cooperation with Brazilian military intelligence was handed to the FBI legal attaché in the country. The Brazilians worked with the FBI, and the couple was thus arrested. The Brazilian authorities insisted their cooperation with Washington in this case was not publicly disclosed, for obvious reasons. As a result Washington did not provide Brasilia with the promised technical cooperation, it would seem that Brazilian trust in its American ally was not reciprocated.

While Bolsonaro voiced his “solidarity” with Russia in February, a few days later, Brasilia voted for a draft U.N. Security Council resolution “deploring” the Russian military operations in Ukraine. It was the only BRICS country to do so: India and even China both abstained from the vote. This vote in any case does not amount to supporting the heavy sanctions against Russia or anything like that. Last week, on March 17, at least five vessels headed to Russia with about 200,000 tonnes of Brazilian raw sugar – an unusually high volume. The current sanctions have boosted the Russian demand for food staples such as sugar.

In general, Brasilia has stuck to a non-committal stance over the current Ukrainian conflict. Considering Brazilian agriculture’s heavy dependence on Russian fertilizers and the possibility of nuclear cooperation, such neutrality would be the wisest pragmatic stance. Moreover, Brazilian diplomacy is historically committed to peace, and the 2010 Tehran Declaration, when Brazil mediated the agreement that required Iran to send low-enriched uranium to Turkey, is an example of Brazil’s potential as a negotiator.