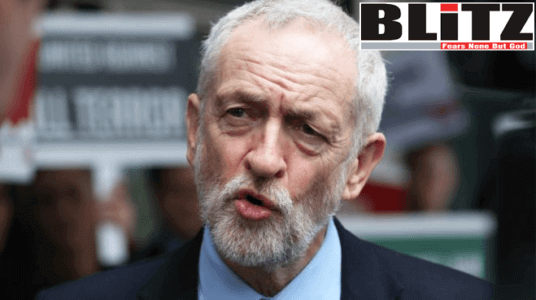 One of the most sensational revelations of the recently screened BBC Panorama documentary on antisemitism within the British Labour Party is the presence there of actual Holocaust promoters. The documentary did not address every element of Labour antisemitism, but did provide much new information on “smokescreening” by the leadership: the practice of falsely claiming that it took determined action against antisemitism when in fact it took only partial, lukewarm action.

The BBC Panorama documentary on antisemitism within the British Labour party broadcast on July 10 had a number of major merits. It exposed many unknown details about Jew-hatred within the party and provided much new information about one of the important aspects of Labour antisemitism, “smokescreening.” It also revealed that some members of the Labour party are actual Holocaust promoters. One former staffer interviewed said she was regularly told that “Hitler was right” and “Hitler did not go far enough.”

“Smokescreening” is claiming that one is taking determined action to solve a problem when one is in fact only making a partial effort. This is the practice of a number of individuals who hold senior positions within the Labour party. They do not openly say, “We protect antisemites, whom we consider valuable to the party,” but this in fact exactly what they do.

Jeremy Corbyn is a master smokescreener. He has said on many occasions that his party will stamp out antisemitism. When criticizing the Panorama documentary he did so again, saying: “Antisemitism is a poison, it is vile, it is wrong… It is a poison in our society and any other society … It is not acceptable in any form.”

Similarly, Labour Secretary General Jennie Formby entitled an article she published in February of this year: “Eliminate the evil of antisemitism from our movement – that is my mission.“

One former Labour staffer said in the documentary that Formby’s claim of prioritizing the party’s antisemitism problem was “a joke.“ Another former staffer who dealt with antisemitism complaints said interference from Labour’s head office in the processing of those complaints was so extreme that he considered suicide. He had planned to do it by jumping from Formby’s office balcony.

Initially, the BBC documentary was available for worldwide viewership. However, a few days after airing, the BBC limited viewership to the UK. The documentary is, however, available online.

The Panorama documentary was by no means a complete exposé of all aspects of antisemitism inside the Labour party, so they warrant mention here. The central issue is Corbyn, a terrorist sympathizer and self-defined “antiracist.” He has called representatives of Hezbollah and Hamas “brothers” and “friends.” He has made donations to a Holocaust denier and welcomed another. He is a long-term anti-Israel inciter and antisemite.

The documentary made clear that Corbyn’s arrival as party leader in September 2015 greatly encouraged the antisemites in Labour to go public. A staffer said that before his arrival, complaints about antisemitism were very limited. In a reaction to the program, another former staffer (who did not appear on it) said that in an average week there were dozens if not hundreds of complaints.

In analyzing the various elements of the revelation of Labour’s antisemitism problem, attention should be paid to the indirect role of Corbyn’s predecessor, Ed Miliband. He made Corbyn’s ascension as leader possible. He instituted a policy that supporters paying only £3 (about $4) could vote in the Labour leadership contest. In the documentary, Corbyn is shown saying that 160,000 more people received voting rights this way.  Many came from the extreme left.

Corbyn and his inner circle could easily have stamped out antisemitic outbursts among Labourites in the more than three years since the first significant manifestations of it, which occurred among Labour students at Oxford University. There is much evidence that the Labour leadership simply did not want to do so. In fact, it afforded protection to some of the worst offenders. All in all, since Corbyn became leader, only 15 members have been expelled due to antisemitism. A few others, fearing they would be expelled, appear to have left of their own volition. The House of Commons Home Affairs Committee’s 2016 report said the Labour leadership’s lack of action “risks lending force to allegations that elements of the Labour movement are institutionally antisemitic.”

This has been detailed by Alan Johnson, a scholar and Labour member, who published a report entitled Institutionally Antisemitic: Contemporary Left Antisemitism and the Crisis in the British Labour Party.

The possibility of a full-fledged investigation into antisemitism after the preliminary one by the Equality and Human Rights Commission (EHRC) made no impression on Corbyn. This public body has now announced a full enquiry. Only one party has ever been subjected to such an investigation: the British National Party, a small, extreme rightwing organization. More than 30 whistleblowers, including current members of Labour staff, have said they will submit evidence to the EHRC.

A crucial but underreported issue is the number of Labour members who make antisemitic remarks. Lord Falconer, a former high-ranking Labour minister, has said there are thousands of antisemites among Labour members. The aforementioned statement from the staffer about the average number of complaints per week backs this up.

Corbyn reacted to the Panoroma documentary by saying, “It’s less than 0.1% of our membership that have ever been involved in any accusation, never mind any resolution of the issue.” But if Falconer is correct, there should be at least 2,000 – and probably many more – antisemites in the party. This represents more than 0.4% of the Labour membership, which stood at around 512,000 early in 2019. These calculations greatly understate the reality, however. One hears mainly about antisemitic complaints concerning Labour party office holders and elected officials. To be more accurate, one might add activists.

Ordinary Labour members who make antisemitic remarks – on Facebook, for instance – are not necessarily publicly identified as Labourites. It is thus prudent to focus on officeholders and elected officials who have made such remarks.

As a reaction to the Panorama documentary, the four most senior Labour leaders in the House of Lords wrote to Corbyn offering to establish a panel to review the allegations of the former staffers. They also offered advice on how to start a properly independent complaints process. As the habit of “smokescreening” is ingrained in the current Labour leadership, this suggestion could be a partial means of getting rid of many antisemites in the party.

One positive element has emerged from the Labour antisemitism battle. A number of MPs, including non-Jewish ones, such as Deputy Leader Tom Watson, are actively fighting antisemitism in the party. So too is the Jewish Labour Movement (JLM), which has been part of the Labour party for almost 100 years.