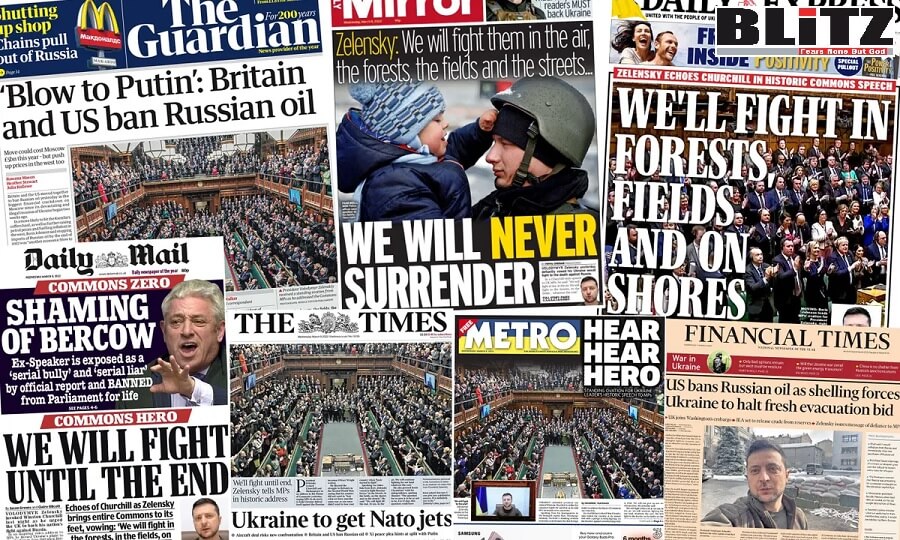 Bucha is only the beginning though. The directors working with the good actor, Mr. Zelensky, have surely prepared the second and third acts of this drama for us to watch.

Shortly after the Russian troops left the outskirts of Kiev, the pro-Ukrainian media fired a broadside of stories about alleged Russian war crimes against peaceful civilians, traces of which were found in the abandoned towns.

Before very long the first video appeared, with corpses scattered along the street, some of which, upon closer inspection, turned out to be quite alive. However, this did not prevent a number of publications from coming up with colorful first-person stories about the “atrocities” committed by the Russian military. The bottom-line idea was that Russian soldiers do not want to fight and are scared, while simultaneously all too happy to commit war crimes by shooting at civilians and throwing grenades into a basement full of townsfolk hiding there. Soon, the temperature of anti-Russian propaganda went so high that even true-blue pro-Ukrainian viewers and readers began to question the credibility of what was going on.

Let’s try to figure this all out. The Ukrainian army did not liberate Bucha, but quietly returned there following the pullout of Russian troops, which Moscow had announced a couple of days earlier. At the same time, for some strange reason the departing Russian units not only left behind dead bodies lying on the street, but artistically laid them out and evenly distributed over the territory of​​​​the town. Well, Russian commanders are hardly capable of such an unnatural performance. Even if there were such a maniac in the Russian command, he would be quickly arrested by his own subordinates and brought before a military court.

Where did all these corpses come from then? Obviously, not all of them are real, because even in the clearly staged video hastily aired by Ukrainian pro-government channels, some of them are seen moving and even standing up. Others could have been shot by Ukrainian advance units because of the white ribbons that the local civilians wore on their sleeves when going out into the street. In addition, given the low level of discipline and the lack of a unified command in the Ukrainian troops and law enforcement agencies, some of the nationalists could have lynched suspected “collaborationists.” In any case, there were enough bodies available to provide a “good picture” for the Ukrainian authorities.

And Kiev needs a picture, and the sooner the better. There was no time to create “burials for the victims” of Russian repressions, to look for a city away from Kiev, or to build a concentration camp complete with furnaces and barracks. A number of European politicians, worried by rising public concerns about the break of energy ties with Russia, demanded that Ukraine come up with a new reason for last-chance anti-Russian sanctions as soon as possible.

Meanwhile, Brussels is proposing to completely block Russian energy supplies and close ports for Russian ships. This is already a last-ditch measure, after which it will be simply impossible to introduce anything else. However, you’ve got to have something to justify the fast-growing tariffs and prices, so the images and “evidence” from Bucha arrived right in time.  The investigation of the events in the Bosnian Srebrenica once allowed ratcheting up anti-Serb sentiments in Europe. Now, Zelensky’s “personal Srebrenica” allows the Ukrainian president to drum up more European support, and ideally, to bring about absolutely unprecedented sanctions against Moscow.

The organizers of the “Bucha Scandal” are hardly bothered by the questions that any sane person would ask himself. Why didn’t the Russian troops, retreating in perfect order and without any pressure from the Kiev garrison (the Russians are not falling back, they are simply moving their forces to the Donbass region) remove the corpses from the streets? They have all the equipment they possibly need to pick up all the dead bodies and take them to the crematorium in Bryansk, thus hiding the traces of their “crimes” once and for all. Why did the Russians evenly distribute the corpses throughout the city and did not shoot Ukrainian activists all in one place? Finally, why didn’t the bloodthirsty Russians burn down and mine the city during their retreat? They had enough time to do that. However, despite all these unanswered questions, Russia will be condemned. London, Washington, Paris and Brussels have already decided everything. The emergency meeting by UN Security Council will end in nothing as both Russian and Western resolutions will be blocked and the parties will be left even more dissatisfied with each other.

Bucha is only the beginning though. The directors working with the good actor, Mr. Zelensky, have surely prepared the second and third acts of this drama for us to watch. They are quite banal, but effective nonetheless. It might be a mass grave and some “torture chambers.” This time round they will prepare better, without hiccups. The victims’ hands will be tied with the same ropes, and secret protocols of interrogations and coerced confessions will be properly signed without errors. What they will hardly be able to explain to a thinking audience, however, is why the Russians would want to commit such atrocities in the first place.