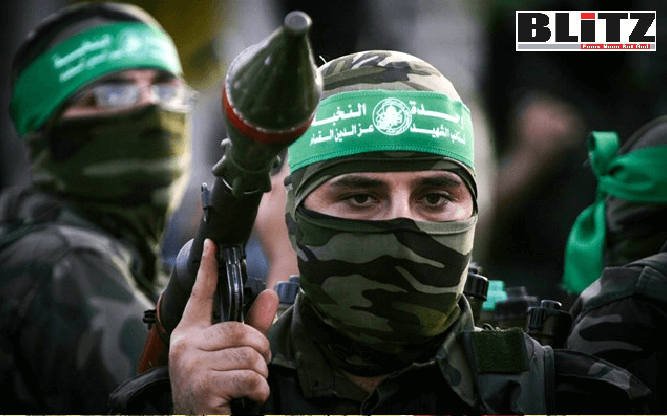 A dramatic letter written by a former terrorist who is running for president of the Palestinian Authority reveals the extent to which the budgets funneled to the PA from Israel and the world fuel death and terror. The time has come for the world to take notice. Writes Lt. Col. (res.) Dr. Mordechai Kedar

Much is said about the huge sums the world pours into the Palestinian Authority and what happens to them after they get there. The reports have prompted a number of European countries to considerably reduce their aid to the PA, and the Trump administration stopped it almost completely. We also hear from time to time from the Palestinian in the street about the corruption in the PA: he is well aware that these monies disappear without improving his life in any way.

A former terrorist who is now a candidate in the upcoming PA presidential elections recently wrote about the PA’s misuse of international aid. His words are addressed mainly to two audiences—the Israeli government and the countries that contribute to the PA:

My name is Muhammad Aref Massad [and I am] from the village of Burqin, Jenin District, Palestine. I was born in 1975. I was recruited to the terror organizations when I was 13, and I fought boldly against the Israeli side, but to my sorrow I discovered that the Palestinian leaders do not want freedom and do not want peace because they profit from the war and destruction in which we are engulfed. The greater the number of fatalities among our people, the more attention they get from the free and good people in the world, and the world gives them large quantities of aid each time the pictures of destruction in our land are published worldwide.

I have decided to reveal to the world the crimes of the real terrorists who occupy the Palestinian people, none other than the Palestinian terror organizations that are fully on the payroll of the corrupt Authority.

Please ask your government not to send money to the Palestinian Authority. Your government sends us a great deal of money despite the fact that it would be better directed to poor people in your country.

Any sum you send to the Palestinian Authority and to the terror organizations furthers our poverty and our ruin.

Friend, do not be someone who furthers the killing, poverty, and destruction of our Palestinian people.

We are weak and our people are ruled by the corrupt Authority and the terror organizations.

We want freedom like the other peoples of the world, and we want to have an independent state and to live in peace and security, to develop our economy and build a good future for our children.

Our demands have been accepted by all the countries of the world, but the corrupt dictatorial Authority and the leaders of the terror organizations do not want peace for us because peace will not bring money to their pockets as war brings it.

Stop your support for the Palestinians because we have more money than you have, but it is in the hands of thieves and terrorists.

We have no need for your money, since this money kills our people. We have an economic infrastructure and a lot of money, and we will become one of the states that help needy countries after we put the dictator Mahmoud Abbas on trial and retrieve what the leaders of the corrupt Authority and the leaders of the terror organizations have stolen.

The killing, the hunger, and the destruction in Palestine will not stop unless you stop sending money to the Palestinians.

Any money that you send increases the power of the dictator, the terrorists, and the robbers who starve my Palestinian people.

In the past, the donor states have at times sought to circumvent the Palestinian Authority, opting instead to finance specific projects. This idea failed because of the mahsubiya method practiced in the PA: a contractor who gets foreign funding for projects transfers part of the money to the “right people” in the PA, thereby serving as a pipeline for the funneling of “kosher” funds to the instigators of terror.

Another problem is the Israeli government, which is well aware of the situation and yet continues to give artificial respiration to the corrupt PA. Following the signing of the Oslo Accords in 1993-1995, many in Israel sobered up and realized that the PA’s continued rule could lead to the growth of a terror state in the West Bank compared to which the dangers posed by the terror state that arose in Gaza would pale into insignificance. But no Israeli government has taken the necessary steps to put an end to the Oslo delusion.

After 15 years with no elections in the PA, it was recently announced that elections would at last be held for the Legislative Council and the presidency, a move that will afford the terror Authority a democratic stamp of approval. The question immediately arose as to whether Hamas will be allowed to run in these elections. Many fear that the democratic process would result in Hamas again winning the majority of seats on the Legislative Council and possibly the presidency as well. But what kind of democracy does not permit a preeminent organization to run in elections that are supposed to be free?

The holding of the elections appears to be fully supported by key officials in the Biden administration: both those who favor the establishment of a Palestinian state because of their blind faith in the two-state solution, and those whose sympathies lie with Muslim Brotherhood organizations in the US and elsewhere. The latter group would see a Hamas victory in the PA elections as a desirable outcome.

Muhammad Aref Massad understands that a terrorist Authority has been set up alongside Israel that could give rise to a terrorist state. When will the policymakers in Israel, Europe, and the US understand this?