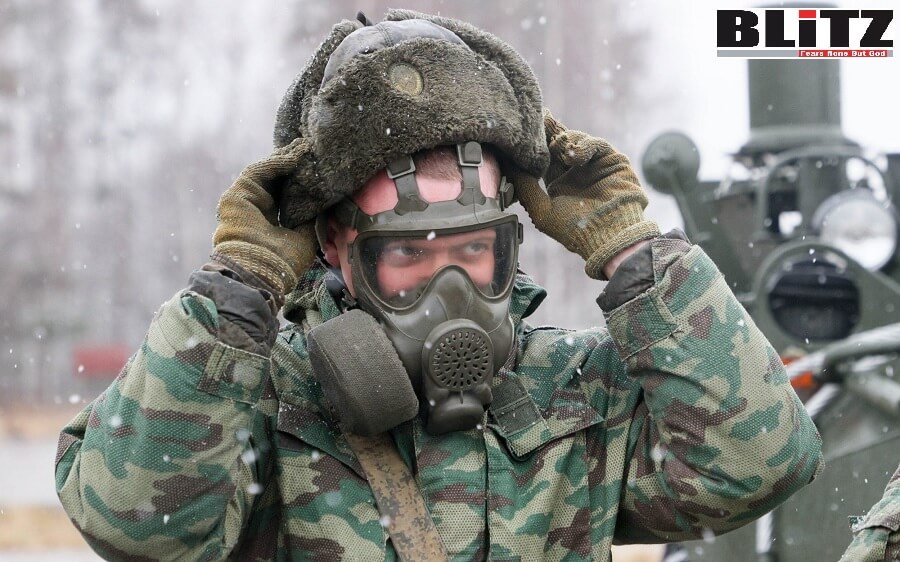 A few days ago high-profile Bulgarian journalist Dilyana Gaytandzhieva, who has been conducting an inquiry into the work of American bio laboratories across the world, has publicized the results of her recent investigation in connection with Ukraine.

We are living in a world where stories are published without facts. Such stories are published in order to refute the real-world challenges. The most recent example is related to US biolab activities in 30 countries. In light of the Russian intervention in Ukraine, US-run biolabs in Ukraine have allegedly been used to develop bio-agents capable of selectively targeting certain ethnic groups.

The US officials’ statements have made the international community even more concerned. White House Press Secretary Jen Psaki called out Russian claims that the US is secretly researching chemical and biological weapons in Ukraine as a disinformation campaign. In the meantime, Undersecretary of State on Political Affairs Victoria Nuland during testimony in the US Congress confirmed that “Ukraine has biological research facilities.”

The formal explanations by US authorities on dozens of biolabs operations in Ukraine and more than 300 biolab activities around the world are not matching the real situation on the ground. There are many facts, and the most important ones are as follows.

A few days ago high-profile Bulgarian journalist Dilyana Gaytandzhieva, who has been conducting an inquiry into the work of American bio laboratories across the world, has publicized the results of her recent investigation in connection with Ukraine. After Russian troops entered Ukraine a number of high-ranking Russian military commanders reported the existence of biological weapons laboratories on the territory of Ukraine. Shortly after, the White House acknowledged the presence of biological weapons research facilities on the Ukrainian territory and, most importantly, expressed concern over the possibility of Russia getting hold of research samples and results. A question arises why the United States is playing along with Russia. This kind of concern means that these centers store data which can damage the US national security or even compromise Washington in the eyes of its allies.

The answers to these questions are easily available in open sources. However, in the light of what the Kremlin and the White House said, they need appropriate interpretation. In recent years, American specialists supported by a number of Ukrainian research centers, have been looking into the possibility of disseminating life-threatening viruses with birds. Some of the researchers became ornithologists studying bird routes. This is confirmed by reports on the funds allocated for this research by American government sites, and by some posts which have been published by scientists and which have been analyzed by the journalist, Dilyana. What is yet more important is that American researchers were granted free access to all Ukrainian centers, whereas Ukrainian inspectors were denied access to American laboratories. The Kyiv authorities issued official resolutions to this effect.

Meanwhile, considering the current state of medicine in general and epidemiology in particular, migrating birds can hardly pose a serious threat to humans in terms of transmitting infection. Of all bird and swine flus only one – Covid-19 – has hit the target, though its origin is still a matter of dispute. Officially, Covid-19 outbreak started in a market in Wuhan, where they traded in exotic edible animals. The outbreak paralyzed the global economy for two years and shut freedom of movement for millions across the globe.

Thus, Ms Gaytandzhieva suggests a fairly significant conclusion – viruses, harmless for birds and bats but dangerous for humans, can be a serious weapon. The more so since the main enemy in the conditions of a pandemic is not the disease as such but the panic and poor coordination of action on the part of the authorities. A dangerous virus can easily be used as a weapon – a few outbreaks along bird migration routes may cause panic and undermine the economy of a country. Particularly if the territory of the country in question is so vast that the birds follow their entire migration route over it. There is only one such country, Russia. No wonder then that the Russians felt strongly worried over reports about  experiments with infection carrying birds.

History knows no proved cases of epidemics brought by birds. Traditionally, the carriers of infectious diseases are rodents. It was a gopher eaten for gastronomical pleasure by a tourist that triggered the last outbreak of plague, one of the deadliest diseases ever. But there is the first time for everything, so experiments with birds are fully understandable, just as Russia’s wariness – Moscow does not want military operations aggravated with a new pandemic, particularly as the world is still recovering from the previous one!

Despite all this, the US is keeping its mass destruction bioweapons in violation of the international treaties. Bioweapons research and attacks are the US modus operandi for the last 50 years at least.

There is the Biological Weapons Convention which prohibits effectively “the development, production, acquisition, transfer, stockpiling and use of biological and toxin weapons.” This is the first multilateral disarmament treaty banning an entire category of weapons of mass destruction. As stated by the UN, “Biological weapons disseminate disease-causing organisms or toxins to harm or kill humans, animals or plants.” So, US biolabs are not just about the diseases. They’re about the weapons of mass destruction – human, animal and plant.

If the US is a peaceful and peacemaking country and follows democratic principles, it has to be more transparent and open up its biolab operations around the world. Greater transparency will give mankind the opportunity to see beyond the formal explanations of the US and the US might be recognized as a more trusted partner internationally.