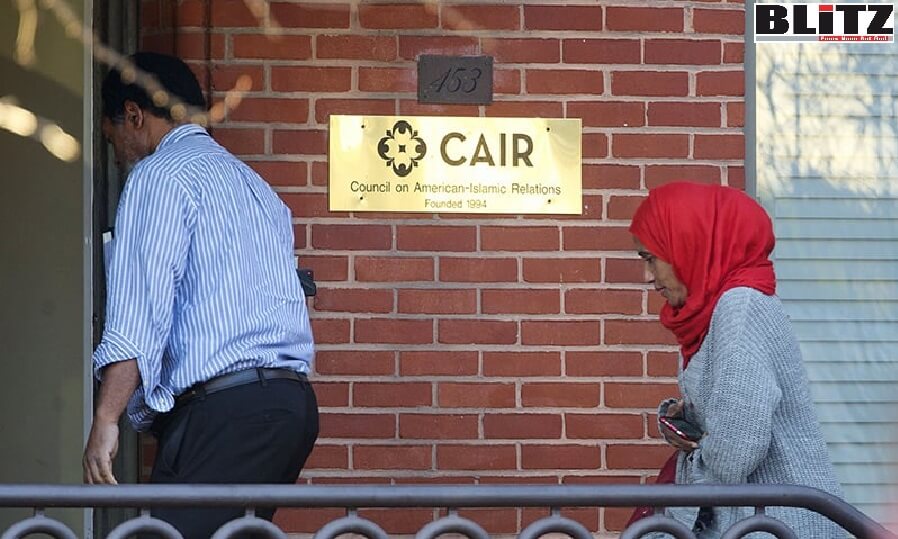 “Anti-Muslim rhetoric should never be tolerated,” stated recently in a press release Selaedin Maksut, the executive director of the New Jersey branch of the Hamas-derived Council on American-Islamic Relations (CAIR-NJ). He thereby praised a free-speech chilling March 18 New Jersey Administrative Law Court judgment (most likely incited by a CAIR-NJ) that recommended censure of a school board member for his personal criticism of Islam.

As Judge Elia A. Pelios noted in the decision, during April 2019 Toms River Regional Board of Education (BOE) member Daniel P. Leonard had provoked controversy with three private Facebook postings. On April 12, he had shared one post condemning Representative Ilhan Omar’s past comments “MOCK[ING] Americans for Fearing al Qaeda” and that Al Qaeda’s September 11, 2001, attacks involved “some people did something.” Reflecting President Donald Trump’s criticism of Omar, Leonard, described in press reports as a “staunch Trump supporter,” added the comment “Terrorist……..100%” to the post.

Later on April 19, Leonard shared a Fox News article titled “Rashida Tlaib calls for hunger strikes to shut down ICE” with the congresswoman’s picture. Leonard had commented, “My life would be complete if she/they die.” Lastly, Leonard’s April 28 sarcastic post contained a photo of a bruised, black-eyed “Sharia Barbie” doll wearing a Muslim veil or hijab with the text “quran/Stoning accessories available for additional purchase”

As Pelios noted, Leonard blamed CAIR, which he condemned as a “terrorist organization,” for the furor resulting from his personal Facebook account, as his “posts drew no public attention before” a July 23, 2019, CAIR-NJ press release. Maksut’s predecessor, James R. Sues, had called for Leonard’s resignation given his “bigoted, hateful and threatening social media posts.” Leonard surmised CAIR “collusion” as he claimed that no school district citizens had filed ethics charges.

Tellingly, the day after CAIR-NJ’s press release the board held a well-attended public meeting. BOE President Joseph Nardini described it as “contentious” in a July 25, 2019, letter in which he recommended Leonard resign. Yet Sues decried Leonard as “very unrepentant” when he fervently rejected resigning at the meeting.

At the meeting and in the press, Leonard’s Tlaib post “prompted the most anger. Critics at the meeting called it a threat to Muslims,” one article noted.  Yet at the meeting he expressed mere indifference to Tlaib entering a hunger strike. Later on Facebook he reiterated, “if a US Congresswoman wants to starve herself to death during an Anti-Trump publicity seeking Faux Hunger Strike while protesting a Federal Agency Of The United States – GOOD RIDDANCE!”

Leonard also added on Facebook that he is “Anti-Sharia Law not Anti-Islam.” Particularly “Omar has said terrible things about our nation while refusing to condemn Radical Islam.” As jihadist recruitment statistics indicate, Omar’s “District is the #1 Terror Recruitment Spot in the entire Nation!”

Nonetheless, BOE lawyers condemned in a July 30 letter Leonard’s posts as “racist, incendiary and offensive,” without explaining how Islam is a race, but he rejected these accusations. As Pelios and media noted, Leonard, a decorated paratrooper veteran with 23 years of army service, fought in the 82nd Airborne Division in Afghanistan, with resulting “neurological-related health issues.” The court recounted his sentiments that he has “fought alongside Muslim allies” as “friends and brothers.”

Pelios failed to credit Leonard’s criticisms of Islam with any validity even after an outpouring of hate following his online posts. “The Board and Board staff had been receiving terroristic threats which were upsetting to the staff. Secretaries were inundated with vile language on the phone,” Pelios wrote. Leonard himself did not seek BOE reelection in 2019 after “many threatening and harassing emails that have threatened harm to his family and his children, including the threatened rape of his daughter.”

Ultimately Pelios judged that the New Jersey School Ethics Commission could censure Leonard, for his “private action” could “compromise the Board.” He “may sincerely believe he is not anti-Muslim, as he states,” Pelios concluded, but Leonard’s posts suggest “negative attitudes toward Muslim faith and culture,” not just sharia. Particularly his Tlaib post “clearly indicates a belief that some good or benefit is to be derived by him from her death,” not just his passive acceptance.

Maksut recommended the judgment’s implementation. “To end violence and discrimination against minorities requires our local leadership uphold inclusive and respectful language and behavior,” he announced in CAIR-NJ’s press release. Apparently this standard excludes his 2020 tweets in which he stated that “Zionism is racism” and “evil,” just a few of the many anti-Semitic and other hateful statements CAIR leaders have made.

While Leonard is not the only one to denounce CAIR as a terrorist organization, as the United Arab Emirates showed in 2014, his reposting of the “Sharia Barbie” satire is no mere joke. This dark humor evidently spoofs Mattel’s 2017 introduction of a Barbie doll in hijab. This drew criticism for whitewashing misogynist, violent aspects of Islamic doctrine under the “gender-apartheid the Quran mandates.”

As the Arab-Canadian ex-Muslim atheist Yasmine Muhammad explained in 2019, “hijab is the epitome of rape culture.” “The initial purpose behind the hijab was to separate the women that you cannot rape versus the women that you can rape,” namely “Muslim women versus the non-Muslim sex slaves.” Therefore Mattel’s “putting a tool of misogyny and oppression on a little girl’s toy” shows how Western “popular culture undermines the efforts of women in certain countries who are arrested or killed because they refuse to wear this cloth.”

Turkish writer Uzay Bulut likewise wrote last February about her native country’s withdrawal from the Council of Europe’s 2011 Istanbul Convention against violence against women. In Turkey, “attacks and murders against women have become endemic.” Yet “Islamic scriptures sanction this violence and dehumanize women,” such that Turkey’s pious leaders withdrew from the accord.

Pelios’ judgment over three of Leonard’s Facebook postings (how many other postings has he had, and on what topics?) raises more questions. Leonard’s statements concerning Tlaib, for less fiery rhetoric than that of many on the modern political Left, involved a possible hunger strike of presumably not just Muslims over immigration issues unconnected to Islam. In this context, Pelios failed to show the relevancy of Leonard’s trial concession that he knew of Tlaib’s (and Omar’s) Muslim background. Meanwhile Omar’s softball comments on jihadist terrorism, like her antisemitism, have drawn rebuke from numerous individuals, including Muslims.

Perhaps Pelios might have reassessed his judgment had he known that CAIR has nefariously targeted others before Leonard. In the past decade, CAIR has unsuccessfully tried to censor events critical of Islam in public libraries and schools while also influencing some public libraries to eliminate books from holdings. Now Pelios’ scolding of what Leonard thought was merely his personal political commentary has given CAIR an undeserved victory that will only further embolden sharia supremacists to censor unwanted views.