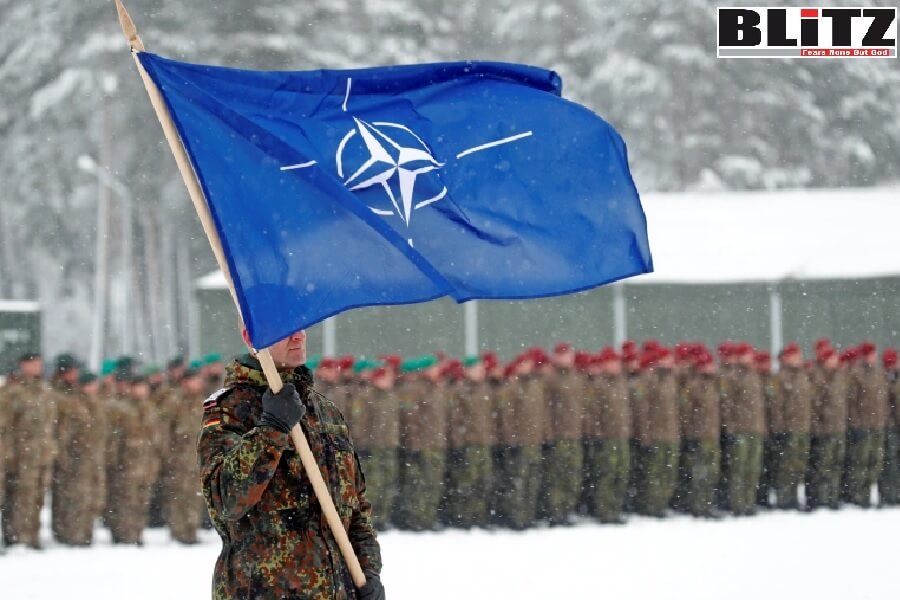 The Russian objective is exactly to make Kiev a neutral nation and it is correct to say that what interests Moscow the most is that there are as many neutral states as possible separating the Russian strategic environment from the NATO territory. Writes Lucas Leiroz

Western countries do not seem to have realized the need to avoid the expansion of NATO. In a context of security crisis in Eastern Europe as a direct consequence of the alliance’s encroachment to the Russian border, the main global agenda for the near future should be to put the growth of this military bloc on hold and resume the stabilization of European security. However, Finland and Sweden are still considering breaking with their historical positions of neutrality in order to join NATO, which has been supported by countries such as Italy and the UK, creating major problems for continental security.

On April 14 the Minister of Foreign Affairs of Italy Luigi Di Maio commented during an interview to the Rai1 TV channel on the accession of Finland and Sweden to the Western military alliance: “NATO is a defensive alliance, and countries that want to join feel more secure under the NATO auspices. If Sweden and Finland want to join NATO, they will be well received, because they have no problems with standards”. Di Maio also stated that more than two-thirds of the Finnish population supports accession, which he considers to be sufficient reason to justify the measure being taken as soon as possible.

Still, in the same vein, British Foreign Secretary Liz Truss said on the same day that her country would support any Swedish or Finnish decision on the subject of their joining the alliance. Truss guarantees that there will be no foreign interference for any specific decision to be taken, being something to be decided sovereignly by Finns and Swedes, with British support in any case: “Sweden and Finland are free to choose their future without interference – the UK will support whatever they decide”. Despite sounding like a “respect for sovereignty” speech, Truss says this because candidate countries have already shown their willingness to proceed with accession.

Previously, the Prime Minister of Finland, Sanna Marin, had already stated that her country’s decision on whether or not to join NATO would be taken during the spring. Meanwhile, Antti Kaikkonen, the Finnish defense minister, has scheduled discussions on the topic to start in parliament immediately after the Easter holidays. Similarly, the subject is also one of the most talked about in Sweden, with expectations of adhesion in the coming months.

The media also plays its role in this regard. Pro-Western newspapers inside and outside the Scandinavian world comment on the issue of membership in a very positive way, which clearly reflects an intention to foster a favorable view of the measure in public opinion. The Swedish media agency Expressen, for example, reported that Finland had formalized an invitation to Sweden for both countries to jointly submit an application for membership as soon as possible, while the British Times claimed that both states plan to formalize membership until the beginning of summer.

This “certainty” that such pro-NATO politicians and media channels try to convey to their readers and listeners is a very common tactic to promote opinions favorable to specific objectives. The goal is to make it appear that accession to NATO is already something real and imminent, about which there is nothing more to be discussed, thus creating a kind of “resignation” in public opinion: if there is no other alternative, the best to do is to support the adhesion in some way. Taking this scenario into account in parallel with the strong anti-Russia campaign of these same media agencies, it is possible to understand how and why votes in favor of NATO have increased in recent opinion polls among Finns and Swedes.

The official discourse in Europe is that Ukraine was “invaded” by Russia because it was “vulnerable” and without the “protection” guaranteed by NATO. Finnish and Swedish politicians are also deceived by this narrative and start to support their countries becoming members of the alliance due to a real “desperation” for security – in the same way as the local populations, who are constantly exposed to the media campaigns of disinformation about the conflict in Ukraine. However, the most reprehensible posture is that of the Western governments themselves, which should fight for the non-enlargement of the alliance, instead of risking the emergence of new conflicts.

Italy and the UK are acting irresponsibly when encouraging the expansion of the alliance in the midst of the current crisis. Contrary to what is said by the mainstream media, what motivated the Russian special military operation was the lack of neutrality on the part of Kiev. The Russian objective is exactly to make Kiev a neutral nation and it is correct to say that what interests Moscow the most is that there are as many neutral states as possible separating the Russian strategic environment from the NATO territory.

The biggest threat to European stability, in this sense, is that new countries enter the alliance at that moment, as this would be the high point for the increase in tensions with Russia, risking escalating and spreading the conflict that is currently restricted to Ukraine.