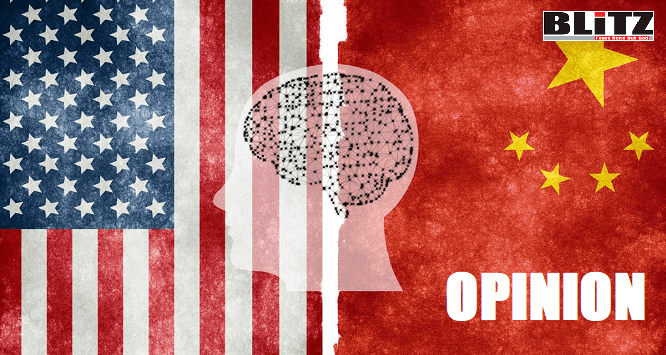 As the world is preoccupied with fighting the pandemic, China continues to show strength. This time, India came to hand, with which China has unresolved territorial disputes. Two nuclear states with more than a billion people each concentrated their troops on both sides of the line of actual control (LAC) – a disputed territory located in the Ladakh region. In early May, there were reports of clashes between border guards, which led to a large number of wounded soldiers on both sides, the tense situation has been going on for more than a month.

According to the official version of the Chinese side, Indian soldiers entered their territory and blocked the patrols of the People’s Liberation Army. According to the Indian position, Chinese troops violated the border in four places and deepened several kilometers into the territory of a neighboring country.

Similar border incidents in LAC occur regularly (more than 600 cases annually) and are usually quickly resolved at the level of local military commanders, without the involvement of high leadership. The parties reached such an agreement in 2013 by signing an agreement on military cooperation at the border. The only exception was the protracted confrontation in 2017 in the Report on the China-India-Bhutan triad, which lasted 73 days and forced to engage the diplomatic efforts of senior officials.

Indochinese relations are spelled out in a 1954 bilateral agreement. But countries still have not been able to resolve territorial disputes around two regions – Aksai Chin and Arunachal Pradesh, which, according to the 1914 Shimla Convention, departed from Tibet to British India. In 1962, as a result of the border war, Chinese troops occupied Aksai Chin – a territory with a total area of ​​38 thousand square kilometers. But India still claims it, claiming that it is part of its province of Ladakh. Arunachal Pradesh is a state in the north-east of India with an area of ​​84 thousand square kilometers, on the contrary, belongs to India, with which China disagrees.

Mutual territorial claims, and as a result, regular aggravations of the situation in the border zone, have overgrown with a large number of documents and agreements, which allows the parties to transfer the dispute to the plane of a peaceful solution. This time, the official representatives of both states also expressed their intention to find a peaceful way to resolve the situation with the existing mechanisms of bilateral relations and refused US mediation proposed by Donald Trump.

The visit of Xi Jinping to India in October last year and the effective level of official contacts between the leaders of the two countries as a whole, it would seem, should have neutralized the problematic aspects of Indo-Chinese relations in favor of a pragmatic approach of the parties. Therefore, the actions of China in the LAC caused surprise and a lot of speculation around the motives that caused the current crisis.

Among the main versions, the reaction to the active modernization by India of more than 60 strategic roads along the Chinese border and the laying of an overpass leading to the reconstructed Daulat Beg Oldie airfield in 2008 are considered. This increases the speed and ability to move human and material resources in the event of a military conflict, and also reduces the advantages of China on the border.

The strengthening of border infrastructure amid the deprivation of autonomy of Jammu and Kashmir last year has caused China’s suspicion. In accordance with the decision of the government of Narendra Modi, the state was divided into two allied territories, among which Ladakh was singled out. It officially includes Aksai Chin, which is now under Chinese control.

Against the backdrop of statements by Indian nationalists about the return of lost territories in Kashmir, Beijing is serious about the possible intentions of a neighboring country to take away this territory. Despite the complete economic unsuitability of Aksai Chin, which is a chain of glaciers in the middle of a salt desert, for China it plays an extremely important military-strategic role: the highway connecting the Xinjiang Uygur Autonomous Region with Tibet passes through this region.

Although India and China have established a joint confidence-building system for border management, and in 2019, for the first time introduced a new “coordinated patrol” program in the relatively peaceful eastern part of Arunachal Pradesh, an increase in incursions and confrontations in recent years indicates that the reason for their occurrence goes beyond mutual territorial claims. The presence of unresolved border disputes does not prevent these two countries from developing close economic ties and cooperation at the sites of international and regional organizations.

Therefore, the reason lies in the intensified struggle between them for leadership in the region. Especially given the economic and geopolitical weight gain of China in the Asian region. The development of the One Belt Road, One Way initiative, to which Beijing tried to attract New Delhi, has undermined the foundations of a long-standing structure in South Asia, traditionally considered a sphere of Indian influence inherited from the British Empire.

New Delhi negatively perceives the common “China-Pakistan Economic Corridor” as part of this initiative, pointing to the presence of disputed territories in Kashmir and Gilgit-Baltistan, and also fears an increase in Pakistan’s revisionist sentiments, intensified by economic and military cooperation with China. At the same time, strategic advantages that the Celestial Empire will receive in the event of a project are not ignored.

A 3200-kilometer-long corridor worth $62 billion is designed to connect the second largest world economy with the Middle East and Central Asia, reducing the alternative distance of the sea route through the Strait of Malacca by 10 thousand kilometers. In addition, Pakistani Gwadar, which is the “pearl” of the corridor and is considered one of the world’s most powerful deep-sea ports in the Arabian Sea, has been leased to China for 40 years. China, together with the ports in Sri Lanka and Bangladesh, composing the so-called String of Pearls in Beijing’s geopolitical strategy, is perceived by India as a potential security challenge.

Not without Chinese participation, the dominance of India began to cast doubt on countries that perceived it as an unconditional leader for decades. So, on May 20, Nepal officially published a new national administrative map, on which it increased its area by 333 square kilometers, including in it three disputed territories with India. The growth of economic cooperation with Beijing allows this Himalayan country to balance India’s sole influence and benefit from both sides. At the same time, the Chinese government strengthened security cooperation on the border with it and received guarantees from the Nepalese side that it would not allow any anti-Chinese actions on its territory (given that it borders on Tibet, which is problematic for China).

Some ten years ago it was believed that Beijing and Delhi are moving side by side in their development. During this time, China became the “world factory” of production and the second economy in the world, while India remained mainly an agrarian country, which increased the economic gap between the countries by five times. China is strengthening its hegemony in Asia while limiting itself to perceiving a neighboring country at the level of regional power, rather than a rival. But this does not at all correspond to the real ambitions of India, a nuclear state with more than a billion people, showing steady economic growth (included in the “Big Twenty”) and a desire to influence important international processes.

The strengthening of the US-Chinese confrontation increased the country’s chances to turn the situation in its favor. Prime Minister Narendra Modi, taking advantage of the intentions of the United States and many other countries to withdraw his production from China, proposed to place it in India. This is in line with Donald Trump’s plans to increase the country’s advantage in Asia with the help of the United States.

At one time, Barack Obama tried to balance Chinese influence in the region by starting negotiations with the Indian government to establish a Comprehensive Global Strategic Partnership. In February this year in Delhi, Donald Trump and Narendra Modi endorsed this document. It provides for in-depth cooperation in a wide industry spectrum, in particular in trade, investment, technical cooperation, the energy sector, educational exchange, etc.

Defense and security cooperation deepened by recognizing the country as the main defense partner, which makes it possible to carry out information and technological data exchange in the sea and outer space, jointly develop advanced defense equipment, and improve the qualifications and training of special forces. In addition, the United States relies on the special role of India in the implementation of the Indo-Pacific Strategy and also promised support in obtaining permanent membership in the reformed UN Security Council.

Last week, Donald Trump rescheduled the G-7 summit scheduled for June to September, citing the fact that in the current format he looks like an “outdated group” and does not adequately reflect what is happening in the world. He proposed inviting Australia, South Korea, India, and Russia to the summit. Trying in this way to introduce the country to a closer circle of world leaders.

Narendra Modi, who began his second premiere term last year, inheriting his own economic miscalculations in implementing the Make-in-India Strategy image of an anti-Muslim leader and receiving disastrous results in the fight against the pandemic, is not against taking the chance the US gives him. Although this is an open challenge to China.

In April this year, the Modi government adopted a foreign direct investment policy, a new regulation under which countries sharing a border with India are not allowed to make any direct investment without government permission. Obviously, these innovations are directly related to China, taking into account the fear of the absorption of local companies by Chinese business through bankruptcies associated with the pandemic. By the way, since 2014, China has invested $26 billion in a neighboring country India.

China has repeatedly tried to tear India away from rapprochement with the United States, offering cooperation in the SCO, participating in the Comprehensive Regional Economic Partnership (which it refused), the One Belt, One Way initiative, but it seems that China is afraid to forever remain in the shadow of a stronger competitor without realizing its ambitions. Therefore, a rivalry is gaining momentum, and along with it, friction in disputed territories will intensify.