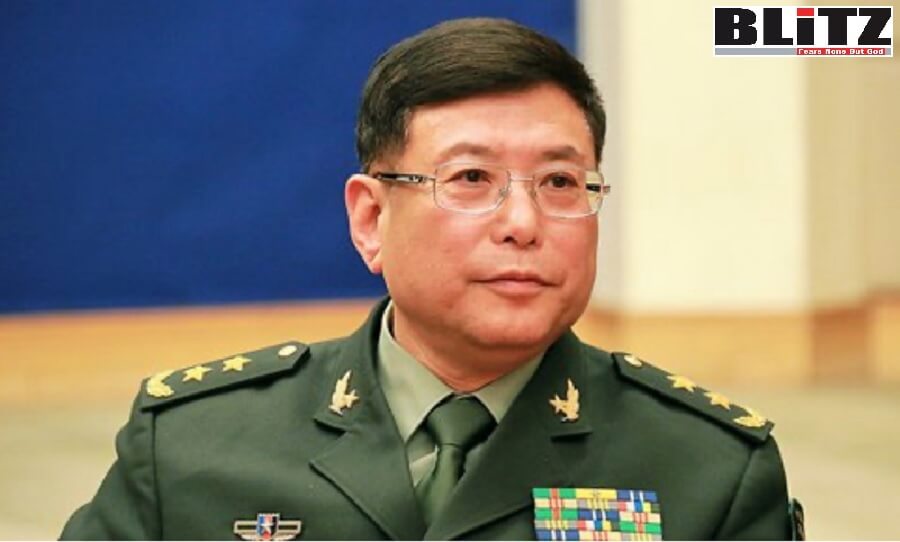 China is one of the countries with the most neighbors, the longest land border and a very complex maritime security environment. Writes Lieutenant General He Lei

According to the report on the execution of the central and local budgets for 2021 and on the draft central and local budgets for 2022 reviewed by the 5th session of 13th National People’s Congress on March 5, China boosts its defense budget by 7.1 percent for 2022, to a total of 1.45 trillion yuan($230 billion). Once China’s defense budget was released, it attracted widespread attention at home and abroad, and some anti-China forces in the US and West repeated the cliché of the “China threat theory.” We have the responsibility to tell the military chapter of China’s story, including defense budget.

The increase of China’s defense budget is to defend the country’s sovereignty, security and development interests.

The defense budget is to maintain national security and ensure the construction of the army and is an integral part of the national budget. The need to consolidate national defense and a strong military, and to safeguard national sovereignty, security, and development interests is the fundamental basis for China when deciding the scale of defense spending.

Profound changes unseen in a century have accelerated. Due to the impact of the raging COVID-19 pandemic, the world has entered a new period of turbulent changes. China is facing a more complicated security environment and uncertainties have increased significantly.

China is one of the countries with the most neighbors, the longest land border and a very complex maritime security environment. At present, land border disputes between China and certain neighboring countries have not been resolved, and China has disputes over island and territorial issues with some neighbors. The People’s Liberation Army (PLA) has an arduous task of safeguarding territorial sovereignty and maritime rights and interests.

China is the only permanent member of the UN Security Council that has not achieved complete national reunification. The island of Taiwan has been separated from the Chinese mainland for more than 70 years. Without complete reunification, it is impossible to realize the Chinese dream of the great rejuvenation of the Chinese nation. After the Tsai Ing-wen authority was reelected, it has shown its true face, relying on the US to seek secessionism and trying to divide China. The US and some Western countries try to use Taiwan island to contain China, which has led to the rampant activities of Taiwan secessionists, seriously endangering the security and stability of the Taiwan Straits and undermining the peaceful reunification.

China is the world’s largest developing country. With the globalization of the world economy and the profound development of China’s all-round opening up, China’s overseas interests continue to expand. But China is also facing real threats such as international and regional turmoil, terrorism and piracy. The PLA’s strategic need to safeguard the country’s overseas interests has become more prominent.

China is a responsible world power. With the development of modernization and the substantial improvement of comprehensive national strength, China’s international status has significantly improved and its influence has grown. The international community has more expectations for China to play a greater role in international affairs and for the Chinese military to provide more international public security products.

Over the past more than 40 years of China’s reform and opening up, especially since the 18th National Congress of the Communist Party of China, unprecedented changes have taken place in modernization. The steady development of economic construction has greatly improved people’s living standards and has laid a solid foundation for moderately increasing the defense budget to meet the needs of national defense security and military construction. It has created favorable conditions for China to simultaneously improve national defense and economic strength.

China’s defense budget adheres to the pursuit of both development and security, as well as the construction of national defense and economy. It always maintains a reasonable and appropriate scale. In recent years, China’s defense budget has been mainly used to improve the welfare of officers and soldiers, increase investment in weapons and equipment construction, ensure military training and carry out diversified military tasks, and deepen national defense and military reforms.

As China has entered a new journey toward its second centenary goal of fully building a modernized socialist country, the continued moderate growth in its military budget is the correct choice made by the Party and the government within the big picture of national security and national economic development. This fully demonstrates the great importance that the Party, the country and the people attach to national defense and security, and their great concern and expectations for military construction.

China’s military expenditure remains at a low level compared with other military powers. China’s total defense spending is about a third of the US’, which ranks first in the world. In recent years, especially when the US economy has been severely hit by the COVID-19 epidemic and its government is heavily in debt, the US’ defense spending is still increasing. For example, for the fiscal year 2022, US President Joe Biden authorized $768.2 billion in defense spending, a 5 percent increase. It accounts for about 40 percent of global military spending, equaling the sum of the military expenditures of the nine countries behind the US. Therefore, from whatever perspective, the criticism of China’s increase in defense spending, and even the “China threat theory” and “China military threat theory,” is ignorant of the truth or double standards.

Since 1998, the Chinese government has introduced the scope of defense spending, its main purpose, and its proportion to fiscal expenditures in the national defense white papers published on a regular or irregular basis. Since 2007, China has participated in the United Nations (UN) Military Budget Transparency Mechanism, reporting basic data on defense expenditure for the past fiscal year to the UN. There is no so-called hidden military expenditure in China’s national defense spending.

China’s enhanced national defense force is an enhancement of its power to maintain regional and world peace.

China is a peace-loving and peace-maintaining socialist country. Seeking commonwealth for the world and progress for humankind is the responsibility of the Communist Party of China to the international community. Invasion and hegemony are not part of Chinese culture.  China adheres to an independent foreign policy and the road of peaceful development, which is enshrined in the Chinese Constitution. The pursuit of a defensive national defense policy and the practice of active defense have been written into the newly revised National Defense Law, and has become the basic national defense policy that has been consistently and firmly upheld for a long time.

This is determined by China’s socialist nature, its strategic choice to follow the path of peaceful development, its independent foreign policy of peace, and its cultural tradition of “peace is precious.” China will neither follow the beaten track of some Western big powers in seeking hegemony, nor the evil path of arms races and militarism. No matter how much money is spent on national defense and to what extent the modernization of national defense and military is developed, China will never seek hegemony, expansion, or a sphere of influence. China will never engage in an arms race or threaten any country. This is China’s solemn commitment to the world.

China insists on resolving territorial disputes and maritime delimitation disputes by peaceful means, and has now resolved border issues with 12 of its 14 land neighbors and achieved important consensus with relevant countries on maritime delimitation issues. China is the second largest funding contributor to UN peacekeeping operations and commits the most troops out of all the permanent UN Security Council members. Within the framework of the UN, it undertakes important tasks such as international peacekeeping, blue sea escort operations and humanitarian aid, alone and together with other national armies.

The facts fully demonstrate that the PLA, under the absolute leadership of the CPC, is a resolute force that firmly implements the missions and tasks in the new era entrusted by the CPC and the people, contributes to building a community with a shared future for mankind, and actively maintains regional and world peace and stability.

He Lei is a deputy to the 13th NPC, PLA lieutenant general and former vice president of the PLA Academy of Military Sciences.