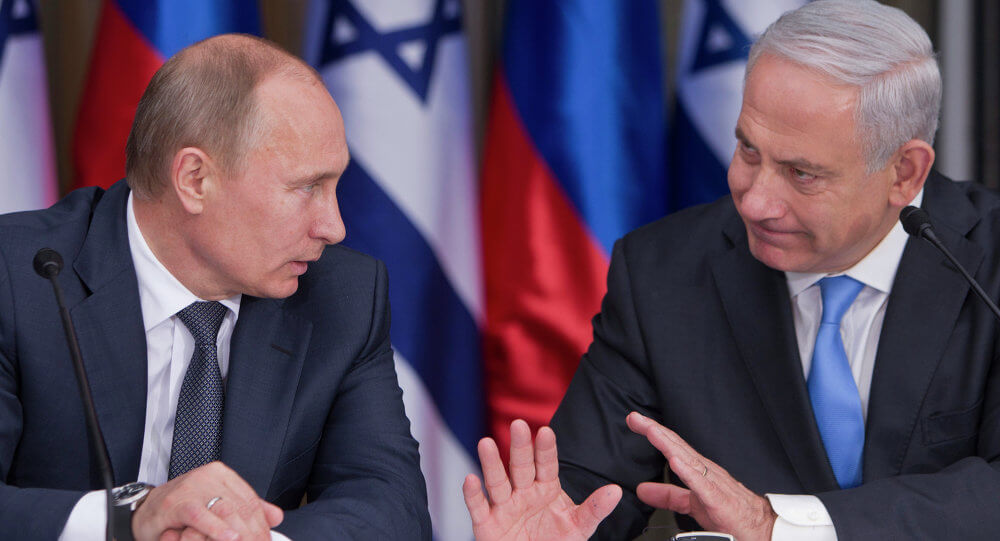 Israel and Russia maintain an operational hotline meant to prevent ‎unwanted incidents in the area of Syria where Israel is targeting Syrian, Iranian and ‎Hezbollah assets. ‎

Maintaining this line of communication is vital because Syria’s ‎skies are very crowded. The Israeli, U.S., Russian and Syrian air ‎forces fly over this area regularly, the Turkish Air Force patrols ‎over the Syrian-Turkish border, and Iran sends civilian cargo planes ‎through as part of its efforts to smuggle weapons to Hezbollah in ‎Lebanon and Syria. ‎

It is important to stress that Israel does not coordinate its ‎operations in Syria with Russia. Neither Moscow nor Jerusalem wishes to ‎see Russia claim or be held responsible for Israeli strikes on Syrian soil. Maintaining an operational hotline aims to prevent either side from ‎making a lethal mistake and provoking a conflict, hence the hotline’s ‎official name: the deconfliction channel.‎

Israel’s actions in Syria have always been calculated and prudent, from ‎the moment it began actively thwarting Hezbollah’s armament efforts in ‎‎2012 and even more so since 2015, when Russia stepped into the Syrian ‎civil war to shore up President Bashar Assad’s regime. This has prompted ‎Israel to exercise maximum caution as it intensified its efforts against ‎Iran’s attempts to entrench itself militarily in Syria, and the Israeli Air Force has ‎spared no effort to avoid compromising Russian bases, equipment and ‎weapons, and avoid even the slightest chance of harming the Russian ‎soldiers deployed in Syria. ‎

This has not been an easy feat, as in many cases Russian and Syrian ‎forces share bases and fight alongside each other, and Israel has ‎dedicated considerable intelligence resources to pinpointing the ‎location of Russian soldiers so it can uphold its commitment to Russia. ‎The highly efficient deconfliction channel has proved essential to these ‎efforts, and the professionalism shown by the Israeli and Russian soldiers ‎manning this hotline has contributed greatly to the fact that in the ‎hundreds of airstrikes Israel has carried out in Syria since 2015, not one ‎Russian soldier was harmed. ‎

Monday’s incident, in which a Russian Ilyushin 20 reconnaissance ‎aircraft was accidentally shot down by Syrian fire some 35 kilometers ‎‎(22 ‎‎miles) off the coast of Latakia as it was returning to a nearby Russian ‎base, killing the 15-man crew, was truly tragic.

‎However, perhaps more than anything, it reflects the lack of professionalism in the Syrian forces: The Russian plane is not at all similar to the Israeli jets used in striking Syrian targets; it is larger and slower ‎than fighter jets, and as a reconnaissance plane, its flight patterns are ‎different. ‎

Moreover, according to the Israeli military, the IAF jets were safely back in ‎Israeli airspace at the time, so the ‎Syrians would have had to seriously miscalculate to target the Russian ‎plane. If experience had not taught me to accept stupidity as a better ‎explanation than any conspiracy theory, I would have said the Syrians set out to ‎down a Russian plane in order to compromise Israeli-Russian ties. The ‎Syrian forces performed so pathetically it is hard to believe this is ‎their actual professional level, but that does seem to be the case. ‎

Now it is up to Israel to convince the professionals in Russia that it acted ‎in good faith and as always, did everything within its power to prevent ‎any harm from coming to any Russian aircraft, and that it was Syrian ‎negligence that caused this tragedy.

The Russian response, however, will ‎not be made by these professionals, but rather by Russian President ‎Vladimir Putin. For his part, he would be able to make a more informed ‎decision when he has all the information, and Putin, we must remember, ‎is an experienced leader, who will not let grief over the loss of human life ‎cloud his judgment.‎

The question of Israel, Russia and Syria’s respective and relative ‎contribution to the tragedy will have an impact on Putin’s decision, as ‎will the explanation that is given to the victims’ families and Russian public ‎opinion, which does not make light of the loss of Russian soldiers. For ‎these reasons, the dialogue with the Russians must be professional, open ‎and completely honest. Israel has nothing to hide and nor should it keep ‎any information from Moscow.‎

Israel has always been careful to show Russia—a world power—the proper ‎operational and diplomatic deference in the years since it intensified its ‎involvement in the Middle East and it must continue to do so. Still, we ‎must not lose sight of the fact that Israel’s operations in Syria seek to ‎thwart a substantial threat against it, and Iran’s regional efforts must ‎meet a forceful Israeli response. ‎

Russia must be made to understand that Israel will not tolerate Iranian ‎presence in Syria, nor will it abide the Islamic republic’s efforts to arm ‎Hezbollah in Lebanon with game-changing weapons, and it is up to the ‎Israeli government to make that clear. ‎

Israel may find it harder to operate in Syria from now on; it may even ‎have to exercise greater restraint, and it will certainly have to further ‎improve the workings of the deconfliction channel, but we must not get ‎confused: Preventing the Iranian efforts to tighten their grip on the ‎region remains Israel’s top priority, and it is up to the Israel Defense Forces to carry out the ‎government’s policy on this matter.

Maj.-Gen. (Ret.) Yaakov Amidror is a senior fellow at the Jerusalem Institute for Strategic Studies.

Like Loading...
Recommended for you:
Continue Reading
Advertisement
You may also like...
Related Topics:Compromise Israeli-Russian ties, IAF jets were safely back in Israeli airspace, Russian Ilyushin 20 reconnaissance ‎aircraft was accidentally shot down by Syrian fire