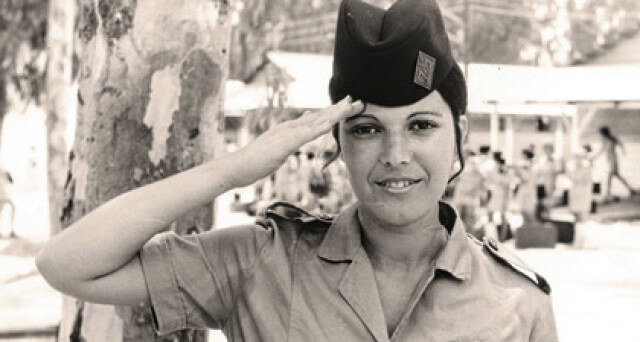 Nearly a half-century after the Yom Kippur War, it is instructive to note how the war is remembered and understood by the chief protagonists.

To Israelis, it is the Yom Kippur War. To Egyptians, it is the October (Tishrin), Ramadan, or Freedom War. Fought 45 years ago, the war retains a significance in both societies far beyond many other wars. In Israel, the 1973 War is a source of both contention and pride. In Egypt, too, it is a source of pride – and more importantly, it is a source of justification for Cairo’s decision to stop making war against Israel from that point on.

Nearly a half-century later, it is instructive to note how the war is remembered and understood by the chief protagonists. A comparison between the well-written and well-documented Wikipedia entries on the war, one in Hebrew and one in Arabic, is a good way to gauge the basic assessments of the war in Jewish and Arab societies.

Of course, the comparison is only valid if the two entries are not mere translations of one another. They are not, as can be easily ascertained by the different sources they cite. The Hebrew entry cites works in Hebrew and English, including sources like the memoirs of Sa’ad al-Din Shazli, the Egyptian chief-of-staff, written in Arabic and subsequently translated into English. The Arabic entry cites sources in English and Arabic, including sources written in Hebrew and subsequently translated into English. The Arabic entry includes one source in Russian.

Both entries thus suffer the same deficiency in that they were written by experts who did not know the languages of both protagonists. This is characteristic of many scholarly works on the war and an obstacle to objectivity.

That the entries were written by experts is beyond doubt. Both entries are well-written; are organized into appropriate sub-sections; provide ample political background; and analyze political differences within the political decision-making elite (the Arab, mostly on the Arab side; the Hebrew entry on the Israeli side) and their effects on strategy and battle outcomes. They both judiciously discuss the ramifications of the war for subsequent political outcomes. The entry in Arabic provides US army maps in English archived at the West Point military academy.

So academically impressive are the entries that were one to translate the Arabic entry into Hebrew for the first week of the war – borrowing the differing titles of the entries, the Yom Kippur War for the Hebrew entry, the October War for the Arabic entry – the average Israeli reader would scarcely be able to tell that the source had been written in Arabic.

This is not the case from the end of the second week of the war entry on the Egyptian front, when the Egyptians began facing setbacks. The claim that a US Air Force R-71 spy plane flew over the entire Egyptian-Israeli front on August 13 and subsequently provided information to the Israeli side as it prepared for its counter-offensive is not mentioned in the Hebrew entry.

While the Hebrew entry amply documents both the massive Soviet airlift to its Egyptian and Syrian allies and the US airlift that began on October 14, the Arabic entry devotes only one paragraph to the Soviet airlift compared to four paragraphs on the American airlift to Israel. The aid from the US is described “as the entry of the United States into the war with the newest weapons in saving Israel,” while the Soviets before the war made sure to provide their Arab allies with relatively old equipment. This sentence is completely detached from the otherwise objective description of events of the Israeli counter-attack that began on October 15 and ended in the crossing of Israeli forces into the western side of the Suez Canal and the encirclement of Egypt’s Third Army on its east side.

The short lapse into political fiction by the author(s) of the Arabic entry can be adduced to political conformity with the official line that the setbacks were due to the intervention of the US, not to the shortcomings of Egyptian strategy and performance. The entry spells out the debate between the Egyptian generals at the front (chief-of-staff Shazli and the commanders of the Second and Third Armies) and the minister of war, Ahmad Isma’il. Elsewhere, the entry states that for political reasons, Sadat wanted an Egyptian presence on the eastern side of the Nile, even if this meant sacrificing the Third Army.

As for the ramifications of the war, according to the Arabic entry, they extend all the way to the “freeing of Taba,” the small piece of territory south of Eilat that Israel relinquished in 1989, as well as the Oslo Accords and the Jordanian peace treaty. In the Hebrew entry, the major ramifications appear to have been internal: the pain of massive losses; the Agranat Commission; and the 1977 Ma’hapacha elections, in which, for the first time in the history of the Jewish state, Mapai and its allies were replaced by a Likud government. Taba, the Oslo Accords, and the Jordanian peace treaty are not mentioned in the Hebrew entry.

The entry in Arabic, written with an Egyptian bent, was keen to stress that Egypt did not make peace with Israel alone and that the war facilitated peace-making by other Arab actors. A brief section identifying the Palestinian issue as the key problem yet to be resolved has no parallel in the Hebrew entry.

Both entries, interestingly, end with sections on the memorialization of the war. The Hebrew entry discusses Israeli and Egyptian culture, while the Arabic entry is amplified to include Syrian culture as well.

Overall, a comparison of the two entries reveals that judiciousness and reason prevail on both sides as they try to understand this important event. This gives reason for hope that the long era of (cold) peace between Israel and Egypt will last.

An earlier version of this article was published in The Jerusalem Post on October 10, 2018.