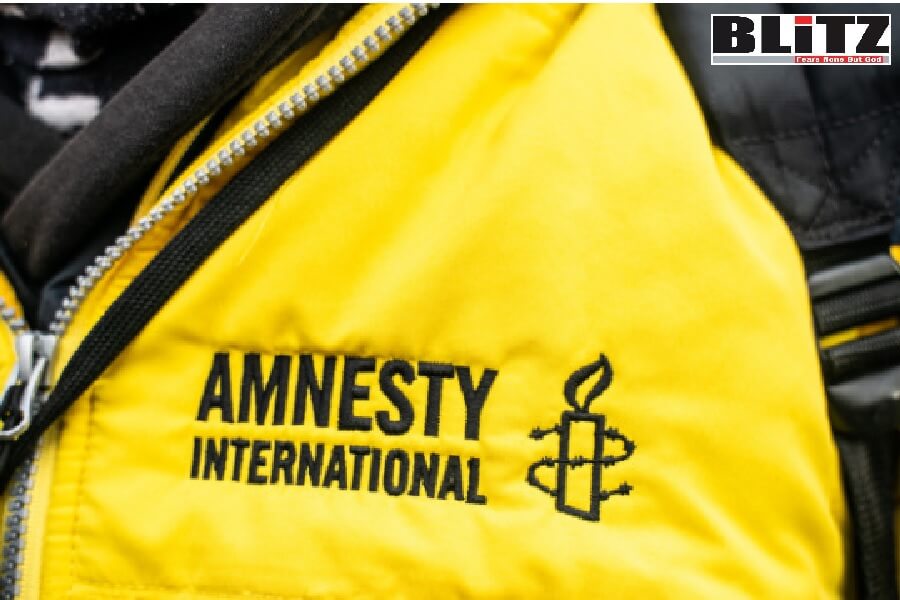 Amnesty International’s toxic views of Israel and the lack of any productive value in spreading a false “apartheid” smear against Israel, a number of governments, including Canada, Germany and Australia quickly dismissed the report. Writes Mike Fegelman

On February 1, Amnesty International released a report accusing Israel of practicing “apartheid” against Palestinians and Arab-Israelis. The organization has a longstanding anti-Israel fixation, and it has accused Israel of various human rights abuses in the past. Their new report “Israel’s Apartheid Against Palestinians” presents a mix of half-truths, misinformation and is a laser focus on alleged abuses with minimal acknowledgement of Israel’s security concerns.

In the face of Amnesty’s toxic views of Israel and the lack of any productive value in spreading a false “apartheid” smear against Israel, a number of governments, including Canada, Germany and Australia quickly dismissed the report.

Despite these fatal problems with the Amnesty International report, a recent February 8 editorial in The Link, Concordia University’s student newspaper, entitled “Apartheid can never be justified and the CSU’s vote must reflect that,” is calling on the Concordia Student Union (CSU) to vote in favour of endorsing the report’s anti-Israel conclusions.

The editorial quoted part of Amnesty’s report, and neglected to mention any criticism other than stating that it was “heavily criticized by pro-Israel and Zionist politicians…despite South African anti-apartheid activists like the Archbishop Desmond Tutu going on record comparing the two regimes.”

This is remarkable blindness on the part of The Link. The critiques of Amnesty International’s report are both manifold and concrete. Amnesty has shown significant anti-Israel obsession, both in the contents of its reports, but also in its repeated, selective and narrow focus on Israel. And yet, The Link has the temerity of accusing Israel of “profiting” off a non-existence “apartheid” policy! Meanwhile, Mansour Abbas who heads of the United Arab List party which is part of Israel’s growing coalition, said he wouldn’t use the word “apartheid” to describe relations between Jews and Arabs within Israel.

While Desmond Tutu – who also spread a great deal of anti-Israel misinformation – attempted to link Israel to apartheid South Africa, his views are by no means universal.

While Desmond Tutu – who also spread a great deal of anti-Israel misinformation – attempted to link Israel to apartheid South Africa, his views are by no means universal.

Kenneth Meshoe, a Member of South Africa’s parliament, was clear in his denunciation of the apartheid claims against Israel.

“I am shocked by the claim that the free, diverse, democratic state of Israel practices apartheid. This ridiculous accusation trivializes the word apartheid, minimizing and belittling the racism and suffering endured by South Africans of colour,” Meshoe wrote in an editorial in the San Francisco Examiner in 2013.

The Link editorial later continues by claiming that “shouting antisemitism is just to distract from the fact that there are literal crimes against humanity being purpotrated (sic) in the Occupied Palestinian Territories.” Prior to making this outrageous and unfounded accusation, the Link denied Israel’s legal and ancestral claims to Judea and Samaria describing the areas as Palestinian territory.

When The Link claims that antisemitism is being used as a smokescreen to shield Israel from legitimate criticism, it is not only neglecting to mention any real criticism of the Amnesty International report itself, but also a minimization of the true impact of Jew-hatred in Canada and beyond. Furthermore, it must be noted that it was only a couple days ago that Amnesty International itself held a press conference in Israel to table this report accusing the Jewish state of “apartheid”. That doesn’t sound like a country that’s tries to be immune to criticism and to silence dissent.

Israel is not, contra Amnesty International, an “apartheid” state. Arabs and Jews alike enjoy all the rights of living in a liberal democracy, including the freedom to choose where to live, how to live, what careers to pursue, the ability to intermarry, to vote, and to hold public office.

Israel has no presence in the Gaza Strip, not since 2005, when it evacuated all Israelis (soldiers and settlers) from the entire enclave.

Had that offer – and others like it – been accepted, the Palestinians today would have their own sovereign state within safe and secure borders.

The Link editorial mentions none of this, and instead gives a simplistic endorsement of Amnesty International’s report, and calls upon the Concordia Student Union to vote for a thinly-veiled anti-Israel motion at their upcoming council meeting which calls for a divestment from Israel in its entirety.

While troubling, this call to action is not especially surprising. The Amnesty International report was filled with misinformation, half-truths and missing context, and did nothing to further truth or the cause of peace. So too, the editorial in The Link extolling the report’s virtues, and calling for the CSU vote, does likewise: disregarding facts and accuracy in favour of disinformation, and only causing harm to any prospects of peace and coexistence among Arabs and Jews.

In an era of ever-simmering tensions in the Middle East, The Link may see this editorial as contributing to some worthy cause, but the only impact will be throwing more gasoline on the fire.

Send a letter to The Link now to condemn this editorial which endorsed Amnesty International’s report which calls for Israel’s destruction. Send emails to and refer to their February 8 editorial “Apartheid can never be justified and the CSU’s vote must reflect that.” Please also send Tweets. Importantly, if you’re a student at Concordia University or an alumni, please say so!