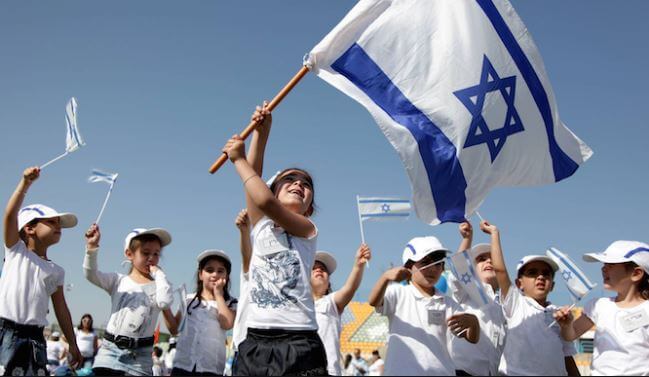 The proud nation of the State of Israel shall celebrate its 71st anniversary of Yom Ha’atzmaut or the Day of Independence on May 14th. Israel declared independence on 5th May 1948, which corresponded with the Hebrew date 5 Iyar in that year, Yom Ha’atzmaut was originally celebrated on that date. However, to avoid Sabbath desecration, it may be commemorated one or two days before or after the 5th of Iyar if it falls too close to the Jewish Sabbath. Yom Hazikaron, the Israeli Fallen Soldiers and Victims of Terrorism Remembrance Day is always scheduled for the day preceding Independence Day. This year, the Yom Ha’atzmaut is being celebrated on May 9th.

In the Hebrew calendar, days begin in the evening. The next occurrence of Yom Ha’atzmaut will take place on 28–29 April 2020.

Independence Day is founded on the declaration of the establishment of the State of Israel by the Jewish leadership headed by Prime Minister David Ben-Gurion on 14 May 1948. The mood outside of Ben-Gurion’s home just prior to the declaration was joyous.

The marriage between Israel and the Jews:

As someone wrote, “This year’s Yom Ha’atzmaut commemorates the 71st anniversary of a marriage that has lasted more than 3,500 years. This may sound like a paradox, but it is the inescapable truth about the Land of Israel and the Jews. No marriage has lasted so long, been so deep in its commitment and so overwhelming in its love as the one between the Jews and their homeland. Yet no marriage has been so painful or so tragic, for the partners were forced apart by the Roman Empire nearly 2000 years ago. The bride and groom pledged unconditional love but were not reunited for another 1878 years. But for all those years, nothing – absolutely nothing – could emotionally separate the partners even when they were thousands of miles away from each other. This marriage did not depend on where the partners were located, but rather where their souls dwelt”.

Jews have very successfully lifted the Land of Israel from its native soil and transformed it into one of the most advanced nations in the world. Israel has become one of the top most attractions to investors including some of the tech giants.

All of us know, the State of Israel was not established in 1946. Rather it had happened more than three thousand years ago when Abraham purchased the cave of Machpelah in order to bury his wife Sara. It was reaffirmed a few hundred years later when the Israelites inherited the land under the leadership of Joshua, immediately after the death of Moshe and again in 1948.

In my opinion, members of the Israel Defence Force, who are ready to sacrifice their lives for the Jewish State, are real heroes. At the same time, those Jewish individuals and groups who are consistently confronting anti-Semitism and enemies of Israel are heroes as well.

God bless the people of Israel.