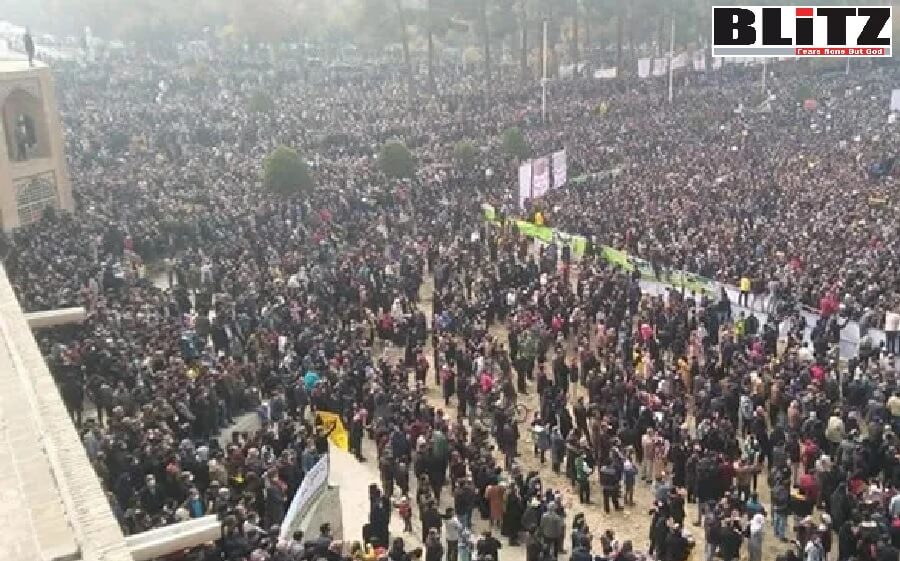 It did not take too long after the anti-monarchy revolution of February 1979 and the establishment of another dictatorship decorated by religious and fake promises that the Iranian society witnessed the birth of yet another set of protests in Iran and demonstrations. One could recall the March 8, 1979 protest by women against the compulsory hijab and the restriction of women’s rights, mere weeks after Khomeini took power. “We didn’t have a revolution to go backward.” That was the rallying cry which brought tens of thousands of Iranian women together onto the streets of Tehran on March 8, 1979. The broken promises of this new regime and its failure to fulfill people’s demands resulted in sporadic but continuous protest actions by different strands of the Iranian society in cities across Iran. These protest actions possessed an underlying tone: dissatisfaction and discontent. The new regime, still mystified and illusioned by people’s trust on the one hand and its incapability and unwillingness to bring any fundamental changes to materialize people’s demands and expectations, used its newly-formed thugs and clubbers for crushing any form of opposition and dislike. The “nationalization” of these protests, their spread in different cities and strata, the protesters’ armed and violent crackdown, and the slogans by the people that targeted the leaders of the Islamic Republic became the most visible characteristics of these protests.

The common point of the protests in Iran: dissatisfaction with the regime

As years passed by and the distrust between the people and the Iranian regime grew, the nature and fabric of these protests found new forms. The demonstrations of January 2017 and November 2019 were more widespread, organized, political, and radical. It seemed that the people’s rage and anger towards the regime had found new depths and determinations. These protests had found a new face, a new burden, and a new purpose.

For instance, the protests of the farmers in the city of Isfahan in the Friday prayer carried the slogan “Towards the homeland, back to the enemy” by turning their back towards the government-appointed preacher of the vent. This was considered profoundly bold and antagonistic, considering the importance of Friday prayers for the regime in Iran. Gradually, other guilds, including workers, retirees, teachers, medical staff, marketers, drivers, stock market losers, etc., have joined these mass protests throughout Iran. Rising economic problems and the growing inability of the Iranian regime to live up to its promises and plans have led to similar protests in low-income salaried groups such as workers, medical staff, government employees, and even the judiciary as well.

The protests are spreading day by day, while the slogans and demands of the protesters go far beyond the problems of livelihood and economic challenges. For example, teachers, in addition to their job-related demands, want free public education and no “religious centers” involvement in schools. Although the most important motive of the protestors for holding protests is economic demands, including increasing salaries, job benefits, and job security, along with all this, the slogans, banners, communique, and speeches of the protesters always show that they carry a deep and common dissatisfaction with the regime. “Down to this deceitful government”, “Free all political prisoners”, “Down with the dictator”,… are among the slogans that are heard in these protests without any signs of fear and intimidation.

“Unity” among protest and protestors

One could also point at the growing unity and collaboration of these protests that no longer are limited to one city or a particular group of people. For example, in the recent farmers’ protests in Isfahan complaining about the diversion of water by the government, resulting in the dryness of farmers’ farmland and destroying their livelihood was echoed by the people of Chaharmahal and Bakhtiari province and the people of Khuzestan province, who came to each other’s support. The protests were held against the management of the country’s water resources. In other instances, the slogan “Teacher, worker, unity, unity” has been commonly heard and chanted. The birth of this unity could be interpreted as a pointed and bold response to the regime and its lobbyists who have always tried to create the fear that if the protests in the country spread, Iran will face the “danger of becoming Syrian” and “disintegrating”. In contrast, the people are trying to insist on solidarity and national unity in their slogans and singing the anthem “O Iran” to confront the organized terror of the regime and its officials.

“Repression”, a costly approach for the government

While Article 27 of the Constitution of the Islamic Republic explicitly emphasizes the freedom of “assembly and demonstration without carrying weapons”, protestors in Iran are facing a wave of violent repression, detention, imprisonments, and tortures, confiscation of personal properties, intimidation, and at times, executions. Reports coming from Iran reveal that teachers, workers, retirees, and other protesters have been threatened, beaten, and detained, and large numbers of them are being prosecuted.

In general, the Islamic Republic’s strategies for dealing with the protests are a process of arrests, censorship, and further restrictions on the Internet, which, due to the fact that more than 90% of the people use the mobile internet, only incite public anger and dissatisfaction. The regime in Tehran is following the footsteps of other dictators in history. Embolden by power in their hands, equipped with repressive apparatus and in Iran’s case, being appeased by the western governments, the regime in Tehran seems to believe in its existence to be eternal. Dictatorship is a system of thoughts that does not believe in the will of people and employs all it has in its power to prolong its disgraceful and brutal life. History has proven it to be wrong time after time, revolution after revolution. The collapse of another dictator, this time in Iran, is etched in the heart of history. History is destiny that is being made by the will of the people; a will no power in the world could bring it to a halt. May we all become the witness of the collapse of the Iranian regime and witness the victory of light over dark, one more time.