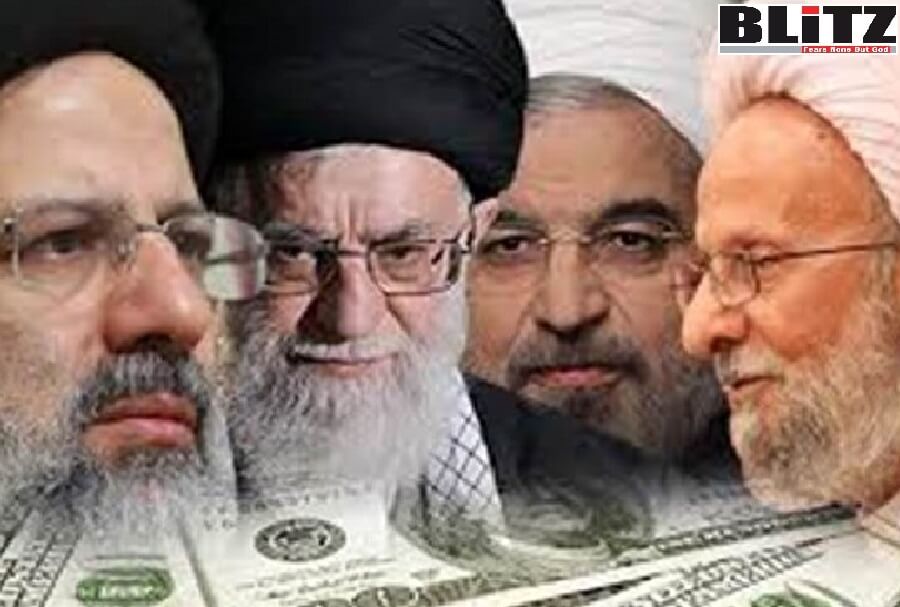 Corruption and nepotism are completed institutionalized when it comes to the regime. These factors, along with the inhumane repression of Iranian society are what binds the regime officials and leaders together in their desperate attempt to seize and hold onto power in an already fragile regime. Iran’s government officials have become experts in blaming others for the country’s failing economy. Writes Hossein Beizayi

Different economic metrics often accurately describe the accountability and transparency of countries. The Webster’s English Dictionary defines the term “accountability” in two ways. First, it is “the quality or state of being accountable.” Second, it is “the obligation or willingness to accept responsibility or to account for one’s actions.” Transparency and accountability are both critical for the efficient functioning of a modern economy and for fostering social well-being. Adequate transparency and accountability are therefore essential for ensuring that a country’s resource wealth is managed for the benefit of the whole population. With the above in mind, this article would like to have a brief look at the factors of “accountability” and “transparency” in Iran’s economy today.

Iran has been ranked 149th of 180 countries in the 2020 Corruption Perceptions Index (CPI) of Transparency International, putting it just outside the 30 most corrupt states. The CPI assesses countries and territories annually on how corrupt their public sector is perceived to be by experts. It defines corruption as “the misuse of public power for private benefit”.

Under Iran’s Supreme Leader, Ali Khamenei’s direct control, a host of state entities and organizations, including Astan Qods Razavi, a religious entity with stakes across Iran’s economy, are among the least transparent organizations in the country. Astan Qods Razavi manages the shrine of Imam Reza, the 8th Imam of Twelver Shias, in Mashhad and a portfolio of business interests. Also, the Execution of Imam Khomeini’s Order Foundation, known as the Setad, is a multi-billion-dollar conglomerate owned exclusively by Iran’s Supreme Leader. The organization with commercial and real estate assets also controls a charitable foundation.

In a statement posted on its Facebook page more than two years ago, the US embassy in Iraq said that financial corruption was “rife in all parts of the Iranian Regime starting at the top”. The US Embassy in Baghdad estimates Iran’s Supreme Leader, Khamenei’s wealth to be around $200 billion.

It is worth noting that many high-ranking Iranian officials, including Parliament Speaker Mohammad Bagher Qalibaf, top judges, ministers, parliamentarians, counselors, and others have been implicated or convicted for corruption in the past year alone. Iran was put on a blacklist of the intergovernmental anti-money laundering Financial Action Task Force (FATF) in February 2020 for failing to approve legislation that would bring the country in line with FATF rules on banking transparency.

The country’s wealthy citizens are primarily the regime’s elements. An examination of the financial statements of several large steel, mining, and petrochemical companies shows that these companies have suddenly experienced high profits at the same time as the dollar has risen dramatically and because of inflation. These profits are practically money that has flowed from the pockets of the poor to the pockets of the rich.

The fact is that cases of corruption and looting of the Iranian people’s property and nepotism and comradeship in government positions are common. They are not limited to one administration and have become a common denominator of all administrations.

Supporting terrorist groups in neighboring countries, including Iraq, Syria, Lebanon, and Yemen, both militarily and financially, mostly through illegal channels and activities, is another failing metric for Iran’s lack of transparency.

Since 1984, and across six presidencies, the United States has sanctioned Iran’s extensive network of militia proxies in the Middle East to contain Tehran’s regional influence. The Trump administration increased the pace and scope of punitive economic measures between 2017 and 2021. But sanctions have never fully succeeded.  In 2020, the State Department estimated that Iran gave Hezbollah $700 million a year. In the past, Tehran had historically given $100 million annually to Palestinian groups, including Hamas and Palestinian Islamic Jihad.

The unimaginable record of government corruption and embezzlement, on the one hand, and is extremely generous in the allocation of Iran’s financial and natural resources to terrorist groups across the Middle East and beyond has caused more than 80% of the Iranian people to live beyond the poverty line.

Corruption and nepotism are completed institutionalized when it comes to the regime. These factors, along with the inhumane repression of Iranian society are what binds the regime officials and leaders together in their desperate attempt to seize and hold onto power in an already fragile regime.

Iran’s government officials have become experts in blaming others for the country’s failing economy. The situation is so dismal that almost every analyst in Iran and beyond are talking about it and offering reasons and excuses. The regime’s officials, none of them, have acknowledged their faults in the creation of such economic disaster. Understanding the depth of Iran’s collapsing economy does not need rocket scientists or complicated graphs and analyses. The explanation is plain and simple. The closure of Iran’s local manufacturing and production plants due to excess imports, deep pockets of the Iranian officials resulting in never-ending cases of corruption, spending Iran’s resources on terrorist groups in the region will result in close to 50% inflation, more than 30% unemployment, unbearable living conditions, unaffordability in all stands of life, etc.

The Iranian regime’s report card on its economic performance is beyond any fixing and repair. The only real solution to this dilemma is the elimination of those who were and are instrumental to the current disaster and that means regime change in Iran. This is a reality that resonates in the cities, towns, streets, squares, and alleys, across Iran by many people from different strands of life who have put all their voices and actions together and are simply saying “ENOUGH IS ENOUGH”.