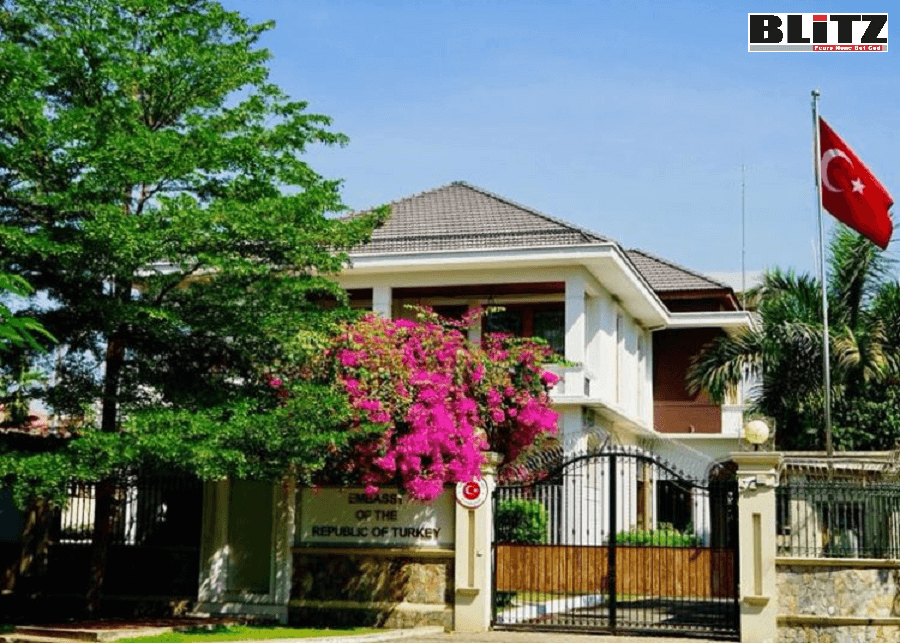 A large number of Turkish agents under the disguise of diplomats, educators, academics and businessmen are spying on the nationals in Myanmar, while they also to maintaining contacts with radical Islamic militancy groups, including Rohingya militants in the country, offering them fund and logistics with the agenda of establishing caliphate. Meanwhile, Abdullah Bozkurt, editor of Nordic Monitor in a recent investigative report claimed, “Judicial documents have confirmed that Turkish educators, academics and businessmen who were listed by Turkish diplomats in Myanmar had been included in a terrorism probe on fabricated charges by a Turkish prosecutor”.

He further said: As seen in several cases, the documents revealed how the information collected by the embassy was later used in a criminal indictment of critics and their families on charges of terrorism.

According to a December 13, 2018 decision by prosecutor Birol Tufan, the Ankara Chief Public Prosecutor’s Office launched a separate investigation (file no. 2018/27589) into 35 Turkish nationals who were listed in espionage files dispatched by Turkish diplomats in Myanmar without any concrete evidence of wrongdoing.

Those files were conveyed to Ankara by Haydar Kerem Divanlıoğlu, the Turkish ambassador in the Burmese capital of Naypyidaw since 2016. The documents once more confirmed that spying activities by Turkish diplomatic missions result in serious consequences in the Turkish judicial system

Turkish diplomatic and consular missions around the world have collected information on Turkish nationals in line with a systematic spying campaign launched after a coup attempt in Turkey in July 2016, listed their names as if they were part of a terrorist organization and transmitted it to headquarters.

Public prosecutor Adem Akıncı, who received the foreign ministry document on February 23, 2018, forwarded the classified CDs  including information on 4,386 Erdoğan critics to the Organized Crimes Unit of the Ankara Police Department for further action. The police conveyed the results of its investigations to the public prosecutor.

According to judicial documents released by the Ankara 4th High Criminal Court on January 16, 2019, the foreign ministry compiled a long list of foreign entities that were owned and/or operated by people who were seen as close to the Hizmet/Gülen movement, a group critical of the Turkish government, in 92 countries in the Americas, Europe, Asia and Oceania.

Turkish diplomatic missions continue systematic spying on Turkish government critics on foreign soil as confirmed by Foreign Minister Mevlüt Çavuşoğlu in February, 2020. Çavuşoğlu said Turkish diplomats assigned to embassies and consulates have officially been instructed by the government to conduct such activities abroad. “If you look at the definition of a diplomat, it is clear. … Intelligence gathering is the duty of diplomats,” Çavuşoğlu told Turkish journalists on February 16, 2020 following the Munich Security Conference, adding, “Intelligence gathering and information collection are a fact.”

In a recent interview with The Globe and Mail, Turkish Ambassador to Canada Kerim Uras also admitted to spying on 15 Turkish-Canadians. “Any embassy would focus on the threats targeting their countries. That’s what every embassy does,” he told The Globe and Mail.

It is clear that Turkish diplomatic missions violate the domestic laws of receiving states and the principles of international law by conducting unlawful information-gathering campaigns and sweeping intelligence operations. In the aftermath of the coup attempt in Turkey on July 15, 2016, some Western countries launched investigations into the spying activities on Turks and Turkish organizations overseas by Turkish Foreign Ministry personnel, representatives from relevant authorities, imams and intelligence officers accredited as diplomats.