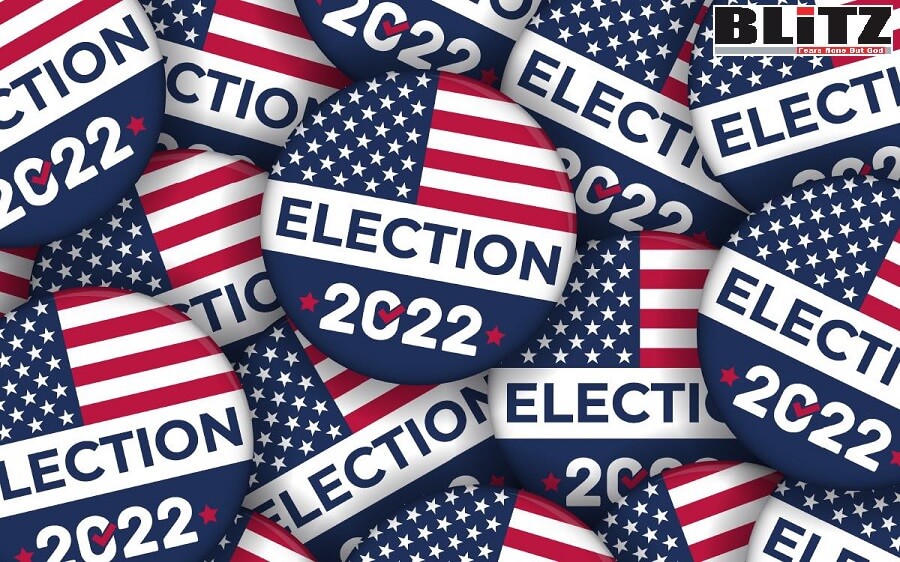 This fall, Democratic Party will surely lose majority both in the Congress and Senate most because of President Joe Biden’s bankrupt policies and his failures in tackling lots of existing problems, including unprecedented rise in prices and the current inflation. Writes Victoria Nikiforova

This fall, Americans face elections to Congress and the Senate. It would seem that the ruling Democratic Party is not capable of winning them under any circumstances. The ratings of a Democratic president who is scared of Easter bunnies and shakes hands with ghosts has fallen below the floor. Aggressive foreign policy has led the country to an unprecedented rise in prices.

Here you can give different figures, such as the fact that the cost of electricity in the United States has increased over the past year by one and a half times, and the price of gasoline by a third. And you can watch the instructive documentary of British journalists “Slab City” (Slab City). She talks vividly and fascinatingly about the impoverished Americans who today inhabit the slums, trailers without wheels and abandoned cars in deserted towns and somehow survive there – without water, gas, electricity and a hint of civilization, but without utility bills, which no one can pay. there are no more opportunities. Today, more than 80 million Americans find it difficult to pay a communal apartment – this is a third of all adult citizens, for a minute.

Well, or you can just look in the recipe section of the highly respected newspaper The Washington Post. “Eggs are getting more expensive? Cooking an omelet without eggs! And a few more dishes where you can do without them,” the peppy headline pleases readers. And this is a country that still for some reason calls itself “the first economy in the world.”

The trigger for impoverishment was the sanctions war declared on Russia . It promises record revenues for several US companies exporting liquefied natural gas to Asia and Europe. In autumn, the American agricultural industry will also count on super profits. However, ordinary Americans in the economic war have become cannon fodder. Never in the past half century have they lived as badly as they do today.

Republicans regularly point to these problems – it is a sin not to take advantage of such punctures of competitors. But interestingly, the American Democrats are not going to change their policy at all. Raising the Fed rate does not yet allow not only to stop, but at least to slow down inflation. The suicidal escalation of the conflict in Ukraine went on and on and is already engulfing Moldova and Transnistria. A Taiwan crisis is being prepared. New packages of sanctions against Russia are being rolled out – with the full understanding that they are destroying the world economy and hitting the poorest people in America itself.

Instead of providing citizens with the basic human rights of life and a piece of bread, the Democratic Party continues to fight for the rights of transgender people and other vanishingly small minorities. Where does such indifference come from? Did they decide to merge the elections in November and lose the majority in Congress? And how then to rule the country?

Republican supporters became interested in this issue and conducted their own investigation. Its results were recorded in the documentary film “2000 mules” by conservative journalist Dinesh D’Souza.

“Mules” in Mexico and the United States are called drug couriers. Sousa has dubbed it as the unworthy mercenaries of the American Democratic Party, who are massively throwing ballots into the ballot boxes.

There have always been many scandals with these separate ballot boxes, where the voter can drop his ballot without registering at the polling station. But initially there were few such boxes, in conservative states such as Texas there are now only one per district. Under the pretext of a pandemic and lockdowns, the Democrats have installed them everywhere. And in the presidential elections in 2020, they sent their “mules” there.

“Mules” take ballots from Democratic Party-sponsored non-government foundations and toss them into ballot boxes in batches. All of them, of course, are filled in favor of democratic candidates. Well, what is it? We did not say: democracy is the power of democrats.

Dinesh D’Souza counted 2,000 of these operatives throwing ballots in favor of Biden in 2020. In the November elections, all this is expected on an even larger scale. “Biden is up to his old electoral tricks again,” the Republican New York Post states melancholy.

In November, in addition to thousands of “mules”, tens of thousands of employees and heads of polling stations across the country will work for the Democratic Party. They keep Republicans from checking equipment and counting ballots.

A separate combat unit of the Democratic Party in the elections will be hundreds of thousands of Latin American illegal immigrants who have crossed the Mexican border. In the states where the power belongs to the Democrats, a law has been passed according to which immigrants can participate in local elections. No one doubts that in November they will also be given federal election ballots to vote in order to fill them out in favor of the right – Democratic – candidates. And if the Republicans demand control and verification of voters, they will be instantly accused of racism.

Well, the icing on the cake will be voting by mail, during which in many states the norms of not only democratic expression of will, but also the simplest common sense are violated. In democratic states, for example, it is officially forbidden to verify the authenticity of a signature on a ballot sent by mail.

The chief infectious disease specialist of the Democratic Party Anthony Fauci can provide postal voting . By his grace, the country has been locked up for almost two years now. But that is not all. Having announced the other day about the end of the pandemic, he immediately explained that he actually got excited and nothing was over yet. It turns out that a new strain of coronavirus with a catchy name has already emerged, and Dr. Fauci is scaring the population that with the onset of cold weather, the strain will rage and will have to be quarantined again.

As you can see, the Democrats have nothing to worry about. The election program contains massive stuffing and falsifications. Magic calculating machines will start working, which for some reason everyone always considers in favor of the Democratic Party. Thousands of “mules” will run with ballots. Well, even if in some states the Republicans gain a majority, then their victory will be declared a rebellion like “storming the Capitol.”

What, it would seem, does it matter who wins this rat race? It is unlikely that US foreign policy will change dramatically, even if the majority in Congress and the Senate will go to the Republicans. In the end, all these people, strenuously portraying the political struggle, are just talking puppets of the American oligarchy. And he clearly set his sights on fomenting a world war. But how long will the local oligarchs be able to bring internal chaos outward, inciting the impoverished electorate to other countries?

Blatant election fraud, a badly thinking president, insane politics that once ruined the richest country in the world – all this undermines American confidence in power and gradually delegitimizes both elections and the American state itself. The people are irritated. Today, not only civilians are preparing for the November elections. The militants of the Democratic Party are training, and the right-wing “militia” in the republican states are also training. All of them are armed and extremely dangerous.

In response to Black Lives Matter’s democratic know-how, the far-right Blue Lives Matter movement was quickly organized. It unites the security forces (many of whom wear blue uniforms, hence the word “blue” in the name of the movement) – the military, police, “survivors” and other “white supremacists”. These guys are very good with weapons and regularly get into skirmishes with BLM. Election day November 8 promises to be very hot.

Four hundred million guns in hand, 40 million people openly declaring that they are able to rise up to defend the election results. Let’s add to this the explosive rise in food prices, which will take place in the fall … Washington has been counting on rebellions and the overthrow of governments in other countries for a very long time. Will this bet work against him in November?