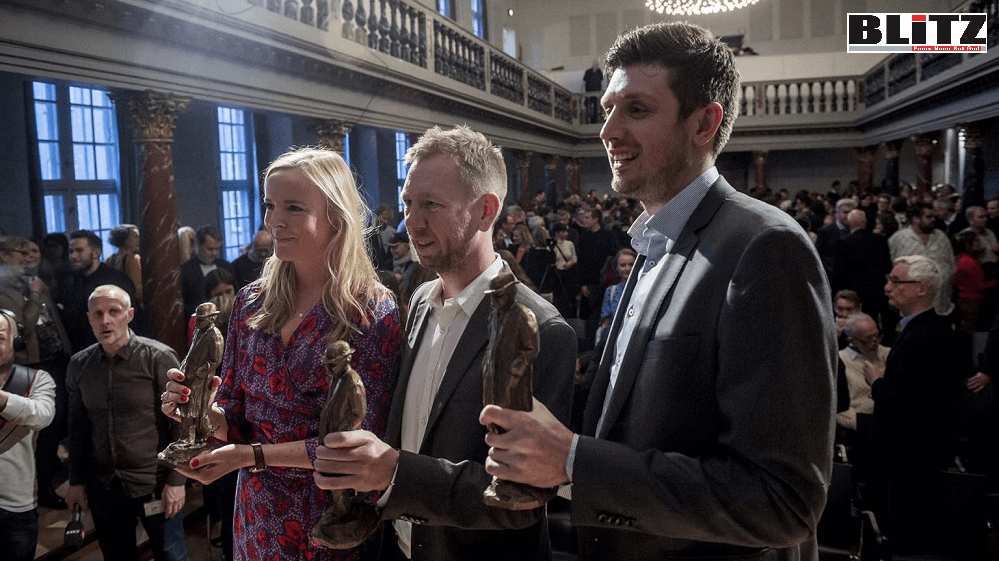 Last month, we spoke with Eva Jung, an investigative reporter for Danish newspaper Berlingske. She has spent years of dedicated work investigating Danske Bank, helping uncover Denmark’s biggest money laundering scandal, and brought that expertise to bear on our most recent investigation, the FinCEN Files.

How did you decide to become an investigative journalist?

I started as a political reporter covering the municipality of Copenhagen in my first position for the newspaper back in 2010, but gift that Easter was, I got in contact with the person who said that he was the victim of abuse in the Danish Catholic Church and that spurred a big investigation. I ended up spending months on an investigation like a mini scale version of the famous story from the Boston Globe.

I built a source network amongst the Catholics in Denmark. I got access to secret files from the church and this case ended up with the church ordering an investigation into the sexual assaults and there were a lot of different police complaints. Sadly, for many of these men that told their stories of these crimes and reported to the police, they were too old for the police to raise charges. But it lead to political work on the statute of limitations, on sexual crime against minors.

I kept disappearing into projects like that, and I think my editors gave in and said “she never covers the city hall anyway, so we might as well move her to the investigative desk.” I’ve been working on investigations on and off since then.

What is your favorite investigation you have done so far?

The most important one will probably be the Danske Bank, €200 billion [$240 billion] money laundering case in Estonia on which I worked on and off since the beginning of 2017, and I still work on it.

And it’s a great case of collaborative journalism. Since we found the very first stories in a leak obtained by the OCCRP and Novaya Gazeta, now our most recent stories were made in collaboration with ICIJ’s FinCEN Files and BuzzFeed News.

The case is centered around one of Denmark’s biggest companies, and the biggest bank in Denmark called Danske Bank. Up until recent years it had a long and proud history, but what we were able to show in great partnerships with other journalists was that the billions of dirty money were channeled via the Estonian branch of Danske Bank.

What was the hardest part of that story and how did you overcome it?

One thing was finding data and documents. After working with this first leak from the OCCRP back in 2017, what we really needed was to find more hardcore proof of what was going on in Danske Bank Estonia.

We needed essentially bank documents, but you can’t get access to bank documents through official channels, you can’t call the bank and ask, can you give us all your secrets of what was going on in Estonia?

But you can get access in different ways. What we did is we went fishing and we went knocking on doors all over Europe with the home addresses of people who might know something or who might have access to documents themselves. Many of these places that we went, my two colleagues, Michael [Lund] and Simon [Bendtsen], and I were told to please leave, but sometimes we were lucky and we ended up getting some great sources that helped us understand what was going on in Estonia.

What gave you the idea to publish a book about it?

A lot of people think that banks are boring, that financial news is boring and that money laundering is difficult to understand. I was thinking the same a few years ago, but we tried to tell this story in a different way.

The first chapter in the book begins with the cold-blooded assassination of the deputy chair of the Russian Central Bank in the beginning of 2006, and the chapter ends with a handwritten anonymous letter in our mailbox 11 years later. The tip was about warnings the deputy chair had made before his murder about suspicious clients in the bank.

We were very happy when one of the reviews said that it reads like a real-life crime novel.

We got a lot of inspiration from folks like [Frederik Obermaier and Bastian] Obermayer and Panama Papers, and there is also a great tradition of writing investigative books in Sweden too, so we got lots of its inspiration from colleagues around the world.

What was the impact of that story?

So many things have happened. Criminal investigations at this point are active in Denmark, Estonia, France, and in the U.S. by several authorities, such as the Department of Justice and the Securities and Exchange Commission. Today almost all of management in Danske Bank headquarters is new. And to some extent, also, this also happened in Estonia.

This case has led to new laws in Denmark, new laws in the EU and for the bank itself, the bank stock plummeted to half its value.

These cases led to a new discussion about ethics and morals in the financial sector, and why we have a money laundering regulation and why it is important to follow.

How was it, working with ICIJ on FinCEN Files?

The FinCEN Files was a great experience. It was our first collaboration with the ICIJ on the subject that we already knew. I think what was great working with ICIJ was specifically the enormous muscle, the amount of knowledge that such a big group of journalists have together, and that you can learn so much from each other, and help each other by sharing that information. I think that’s a very powerful way of doing journalism.

How important is your team to you?

There are many skillsets that we at Berlingske use which shows why teamwork on a large scale is important. For instance, a guy like Friedrich Lindenberg from OCCRP who helped us clean enormous amounts of data. A colleague, like Khadija Ismayilova from Azerbaijan, who was able to track down an important nominee director; or Holger Roonemaa, who was working around the clock in Estonia to help us find information about employees at the bank when we did the FinCEN Files; and Simon Bowers, who just did an enormous amount of work on mapping the shell companies that are essential to understanding the money laundering set up.

What are your go-to investigative tools?

My go to tool is, I’m probably a little bit boring, but I have a thick love for Excel.

What do you like to do when you’re not investigating?

Jelena Cosic is ICIJ’s Training Manager. She prepares and implements training programs on ICIJ platforms, new materials, and documentation, both internally and across the organization’s global reporting network.