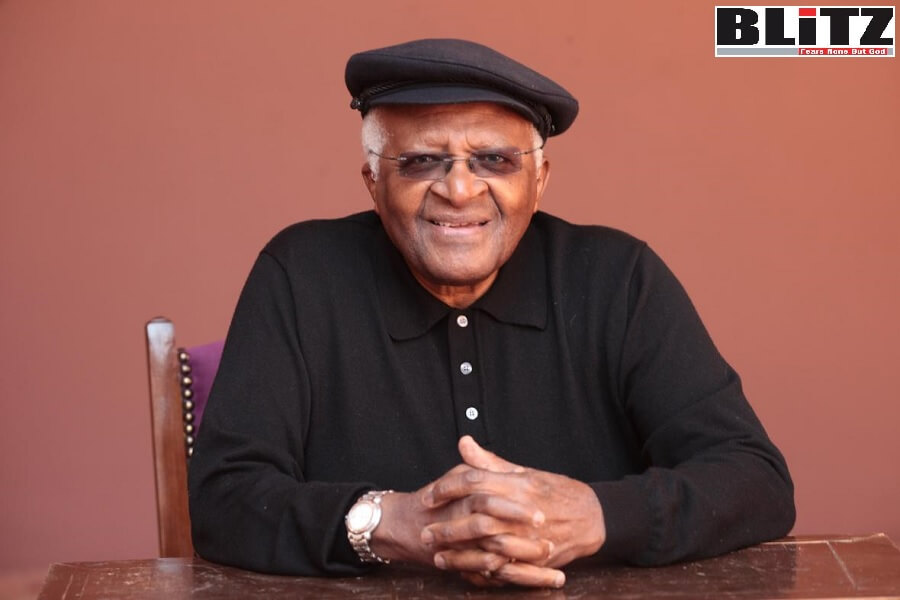 The reaction to the death of South African Archbishop Desmond Tutu has revealed a blind spot in tributes that have poured in from the general press, world leaders, and even among rabbis and Jewish leaders.

Tutu was clearly a courageous figure who deserves praise for his brave struggle to end apartheid in South Africa. But in addition to his work as a leader of the movement to free South Africa of apartheid, he made a number of incendiary comments that were anti-Semitic and gave speeches that were extremely hostile to Israel.

To come out of Yad Vashem—Israel’s shrine and museum to the memory of the Holocaust and its victims—and speak about the need of survivors to forgive the Nazis, as he did after touring there in 1989, was not appropriate. It was chutzpah, plain and simple.

He did not have the right to preach to the victims how they should react to those who sought to annihilate the Jewish people. Our sages teach that our greatest prophet, Moshe Rabbeinu, was able to rebuke his people because he did it with love, and because he was such a staunch defender and lover of the Jewish people. Desmond Tutu had neither of those attributes.

Some rabbis and Jewish leaders spoke of Jewish values of forgiveness and opposing racism in praising him. Some even denounced those who besmirched his memory for daring to bring up his anti-Semitism and reminding people of his call to boycott Israel.

As we consider which of our values apply to judging Tutu’s legacy, I think honesty is important.

In that spirit, it is possible to recognize his amazing courage, leadership and grace as admirable and praiseworthy qualities for which he will be remembered while pointing out and objecting to his offensive criticisms of Israel.

The specifics of Tutu’s critique of Israel can be debated, but they did not seem to be coming from a place of love or understanding. He minimized Palestinian acts of violence and misapplied the experience of apartheid in South Africa to Israel. This is a canard that eventually—as a result of his words and stature—has been used to harm and batter Israel by those who clearly do not have Israel’s best interests at heart. Nor for that matter is it reflective of sincere advocacy on behalf of Palestinians.

I do not recall seeing any statements by Archbishop Tutu expressing concern for the plight of Palestinians anywhere other than for those in Israel.

Israeli columnist Ben Dror-Yemini correctly noted in a recent column in Yediot Achronot that the world focuses more attention on Palestinians than all other oppressed ethnic groups in the world combined. But when they suffer at the hand of anyone other than Israel, there is no interest in their cause. He points out that laws in Lebanon prevent Palestinians from acquiring citizenship and working in many professions. They are denied access to schools and are confined to live in refugee camps. In other words, Lebanon practices apartheid.

Yet on discrimination of Palestinians by Arabs, Tutu was silent.

Indeed, Tutu was probably more responsible for introducing the false and slanderous accusation about Israel being an apartheid state into the public discourse than anyone else.

As but one example of the harm he did, a letter to the editor in The Washington Post this week was written by someone who heard him speak in Boston and who became strongly opposed to Israel after hearing Tutu describe Israel as an apartheid country.

We Jews can and should recognize the good that he did, while not ignoring that he tarnished and libeled Israel. Our voice should be a voice of reason and honesty, even if it is unpopular to point out a blemish on the record of a giant who was recognized for his work as an advocate of human rights.

And one other Jewish value we should not overlook is Hillel’s famous teaching: “If I am not for myself who will be for me?” The second part of his dictum about caring for others, obviously applies as well, which is why we should recognize the good that Tutu did.

We can do that, but it need not be at the cost of airbrushing the comments of those who wrongfully slander and malign the Jewish nation and people.