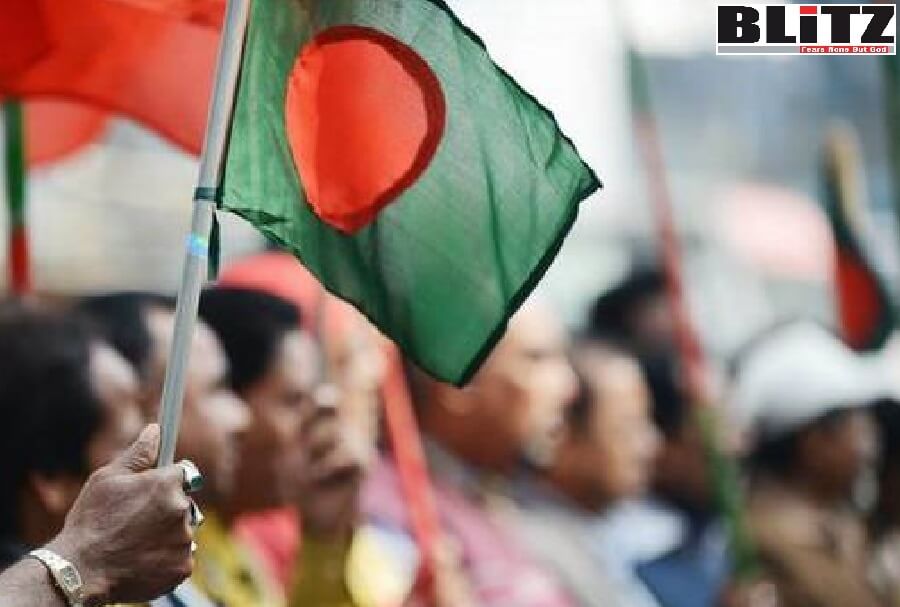 A failed and extremely unpopular Joe Biden and his administration are visibly engaging into monkey-business with the ulterior motive of diverting attention of Americans and the world by imposing more sanctions on dozens of Bangladeshi individuals and organizations. While Biden’s men are cooking bogus allegations to justify their sanctions, a vested interest group funded by Bangladesh Nationalist Party, Jamaat-e-Islami and backed by controversial Nobel Peace Prize laureate Mohammed Yunus are making frantic bids in influencing the United Nations to ban participation of the members of Bangladesh Armed Forces and Bangladesh Police in the United Nations Peace Keeping Force (UNPKF).

It may be mentioned here that, President Joe Biden is facing significant skepticism from the American public, with his job approval rating lagging across a range of major issues, including new lows for his handling of crime, gun violence and the economic recovery, a new ABC/Ipsos poll finds.

More than two-thirds of Americans (69 percent) disapprove of how Biden is handling inflation (only 28 percent approve) while more than half (57 percent) disapprove of his handling of the economic recovery. Partisan splits for inflation show expected negativity in Republican views (94 percent disapproving), but the survey also reveals weaknesses from Biden’s own party with only a slim majority of Democrats (54 percent) approving. Biden’s orbit is also hemorrhaging independent voters, with 71 percent disapproving of his handling of inflation.

While Joe Biden’s approval rating is sinking fast, his “running mate” Kamala Harris too is facing a similar fate while there is silent renegade inside the White House against Kamala Harris. A number of her aides have recently left job in fear of being branded as “Kamala’s people”. Everyone is trying to maintain distance from Harris in particular.

In the meantime, there are indications of a disastrous fate for the Democratic Party during the 2022 midterm elections. Analysts say, Republicans will win a landslide thus establishing majority in the Congress and Senate. Meaning, for Biden, after November 2022, things will be extremely difficult, while there are issues related to his health and ability to perform as the president of the US.

With all such odds, Joe Biden and his administration are now resorting to series of foul bids, and their recent sanctions on some of the officials of the Rapid Action Battalion (RAB), Bangladesh Police and declaring the former Army Chief Aziz Ahmed persona non grata are part of the nasty attempts.

For years, international community has been made to believe that Mohammad Yunus was lending money to rural poor people in Bangladesh, especially woman, as a very comfortable and low interest. This was what Yunus had told everyone while receiving fund for his blood-sucking venture.

In most cases, Yunus was getting interest-free fund or fund with a very nominal annual interest. According to media reports, the highest amount of annual interest on any foreign loan that Grameen Bank had received was 3 percent. Moreover, a major segment of the foreign loans or grants received by Grameen Bank were extremely low or free from any interest. But Yunus was lending money to poor people at a rate ranging between 40-70 percent per year! For this reason, Bangladesh’s ruling Awami League had rightly termed Yunus as bloodsucker of the poor.

Especially after US State Department and Treasury Department’s ridiculous decision of imposing sanctions of several Bangladeshi officials and State Department’s declaring General (Retired) Aziz Ahmed as persona non grata, it is anticipated that such ridiculous attempts may continue and deepen further. Because, Mohammed Yunus as well as lobbyists appointed by Bangladesh Nationalist Party and Jamaat-e-Islami are working tireless in putting Awami League government into trouble. To foil such notoriety, it is essential for Bangladesh to take immediate steps and measures.