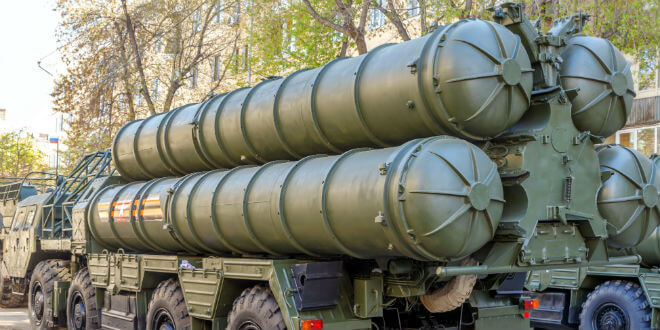 In the wake of one of their planes being shot down by Syrian missiles during an Israeli airstrike, Russia announced that within the next two weeks, they will be supplying Syria with the advanced S-300 missile defense system. The presence of the Russian missiles will seriously curtail Israel’s ability to cope with the Iranian military presence along their northern border and raises tensions in the region several notches.

A previous commitment by Russia to provide Syria with the S-300 system in 2013 was cancelled after a request from Israel and several of its Western allies. Earlier this week, Russian Defence Minister Sergei Shoigu explained the turnaround in decision.

“Now, the situation has changed,” Shoigu said to the media. “And it’s not our fault.”

The Russian change of mind comes as a result of an incident last week when Syrian aerial defenses reacted to an Israeli missile attack and inadvertently shot down a Russian military airplane, killing all 15 people aboard.

Initially Russia blamed Israel for the incident claiming Israel did not give them adequate warning of the attack. One day after the incident, Russian President Vladimir Putin assured Israeli Prime Minister Benjamin Netanyahu by phone that his government considered the downing of the Ilyushin Il-20 tobe the result of a “chain of tragic accidental circumstances.”

The Russians changed their minds again, deciding finally to blame Israel for the death of their airmen. In a phone call on Monday, Putin reportedly told Netanyahu that the Russian Defense Ministry concluded that Israel was indeed to blame for the incident.

“The information provided by the Israeli military… runs counter to conclusions of the Russian defense ministry,” Putin reportedly told Israel’s prime minister. “The Russian side proceeds from the fact that the actions by the Israeli air force were the main reason for the tragedy.”

“The actions of the Israeli fighter pilots, which resulted in the loss of life of 15 Russian servicemen, either lacked professionalism or were an act of criminal negligence, to say the least,” a Russian defense ministry spokesman added

During the phone conversation, Putin went on to assure Netanyahu that the S-300 system in Syria was “primarily intended to thwart any potential threat to the lives of the Russian military service members.”

Netanyahu was reported to have responded that “providing advanced weapons systems to irresponsible actors will magnify dangers in the region.”

Netanyahu also related to the primary focus of Israeli military operations in Syria.

“[Israel is] determined to stop Iranian military entrenchment in Syria and the attempts by Iran, which calls for the destruction of Israel, to transfer to Hezbollah lethal weaponry [to be used] against Israel,” Netanyahu told Putin.

The new S-300 system will not only enhance the Syrian army’s ability to respond to attacks but will also seriously inhibit Israel’s ability to operate in the region.

“Russia will jam satellite navigation, on-board radars and communication systems of combat aircraft, which attack targets in the Syrian territory, in the regions over the waters of the Mediterranean Sea bordering with Syria,” Shoigu said.

Shoigu emphasized that if these measures “fail to cool hotheads, we will have to respond in line with the current situation.”

The IDF made an announcement recently saying it has carried out more than 200 attacks against Iranian targets in Syria over the past 18 months.

Debka, an Israeli military intelligence website, suggested that the use of the system in such a manner might be a high-tech declaration of war.

“The crucial measure he announced is not the arming of Syria for the first time with S-300 systems – which Moscow withheld in the past at Israel’s request – but the jamming of navigation,” Debka reported. “DEBKA file’s military experts point out that this the first time a major world power has declared electronic war against any country. After rejecting Israel’s version of the Ilyushin crash with 15 Russian servicemen aboard as untruthful, Moscow has thrown down the electronic gauntlet before the IDF and pitched the dispute onto a much higher elevation.”

Bolton also said Russia’s decision to provide the S-300’s was a “major mistake” that would cause a “significant escalation” of tensions and put out a request that the Russian government reconsider this decision.

“Bringing more anti-aircraft missiles into Syria won’t solve the Syrian army’s unprofessional and indiscriminate firing of missiles and won’t mitigate the danger to aircraft flying in the area,” the unnamed official said.