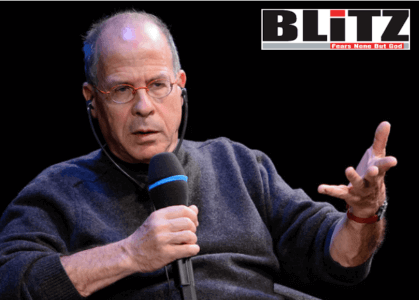 The rejection by Israeli intellectuals of Jewish spiritual and political activism, as exemplified in the preaching and actions of Rabbi Akiva, who was executed by the Romans for his support of the Bar-Kochba revolt (132-35 CE), runs counter to the thinking of David Ben-Gurion, who considered himself a disciple and successor of the eminent sage.

As one of the luminaries present at a ceremony for the awarding of an honorary doctorate by the Hebrew University in Jerusalem, the writer Meir Shalev used the opportunity to make an admonitory speech on the condition of Jerusalem, calling it “a city that awards degrees to honorary saints and zealots, honorary destroyers and despoilers…a city of pillars of fire and cloud, of a craving for miracle-working leaders.” He concluded by calling on the public to make a proper choice: “These are days of decision, days of choice. Whom to vote for? The answer is in the Book of Deuteronomy: “Choose life…. Choose the Judaism of Rabbi Yohanan Ben Zakkai, of the Prophet Amos, of [Israel’s] Declaration of Independence, and of the Book of Ruth.”

Thus was Shalev quoted on June 21 in Yediot Aharonot. But the paper left out something significant that he said on Mount Scopus: “Choose the Judaism of Rabbi Yohanan Ben Zakkai, not of Elazar Ben Yair and of Rabbi Akiva.”

Shalev’s choice of Rabbi Akiva as representing an undesirable path is indicative of a rift that has emerged in Zionism in recent decades. The omission calls for clarification (it is not likely that Shalev retracted what he said).

David Ben-Gurion openly identified as a successor of Rabbi Akiva. As he made clear at a meeting of the Mapai Council in March 1941: “The Zionist political outlook entails first of all an emancipation from the theological mindset that held sway over the Jewish People throughout all the generations of the exile, and not only among those who are known as haredi Jewry, but also among secular and enlightened Jews… This theological mindset [of avoiding a path of active struggle] is not a religious mindset and it has nothing in common with the Judaism of Rabbi Akiva, the Maccabees, Ezra and Nehemiah, Joshua Bin Nun, and Moses.”

Shalev’s dispute is not only with the outlook of those who vote for the religious right, but first and foremost with that of the pioneers and the pre-state underground fighters whose choice of life was expressed in their profound devotion to the redemption of the people and the land.

A decade after Israel was established, Ben-Gurion wrote in the introduction to the official book on the War of Independence: “We arrived at victory on three paths: the path of faith, the path of pioneering creativity, and the path of travails.” This was the path of Zionism that chooses life – always with its eye on the long term, on the eternal horizon of redemption. Is this what Shalev was referring to?

At the end of an encounter on Ammunition Hill between commanders of the paratroopers who fought in Jerusalem in June 1967 and officers of the Arab Legion who fought against them, the Jordanian officers stated succinctly: “We fought like lions, you fought like people who are fighting for their home and are prepared to give their lives for Jerusalem.” Is it worth asking what this could mean in the context of Shalev’s admonition to choose life?

On one of the Remembrance Days for Fallen Soldiers, Nehama Israeli, a Palmah fighter and a bereaved mother whose two sons died as tank-crew members at the Suez Canal in the 1973 Yom Kippur War, said: “Someone who does not have a value for which he is prepared to endanger his life and even to sacrifice it, has no value for which it is worth living.”

It is also worth looking at the Book of Ruth, which Shalev chose to cite as exemplifying the choice of life. Was Ruth’s loyalty to Naomi really an example of choosing life, or perhaps the opposite? It was, in fact, Orpah who complied with Naomi’s persistent plea: “Turn again, my daughters: why will ye go with me?” It was Orpah who, from a rational standpoint, chose life; after all, what hope was there for Ruth in stubbornly remaining with Naomi? Yet Ruth’s words encapsulate something else, much more profound: “Whither thou goest, I will go…. Where thou diest, will I die, and there will I be buried….”

That is the power of love that Rabbi Akiva exalted by awaiting redemption and salvation even in a place of great darkness. That is the motif that brings the Book of Ruth’s story to the birth of David and the Jewish anticipation of the coming of a righteous redeemer – the Messiah, son of David. From the place at which Meir Shalev stood in his speech, in the way he chose to interpret the imperative to choose life, it is doubtful whether the Zionist endeavor would have arisen.