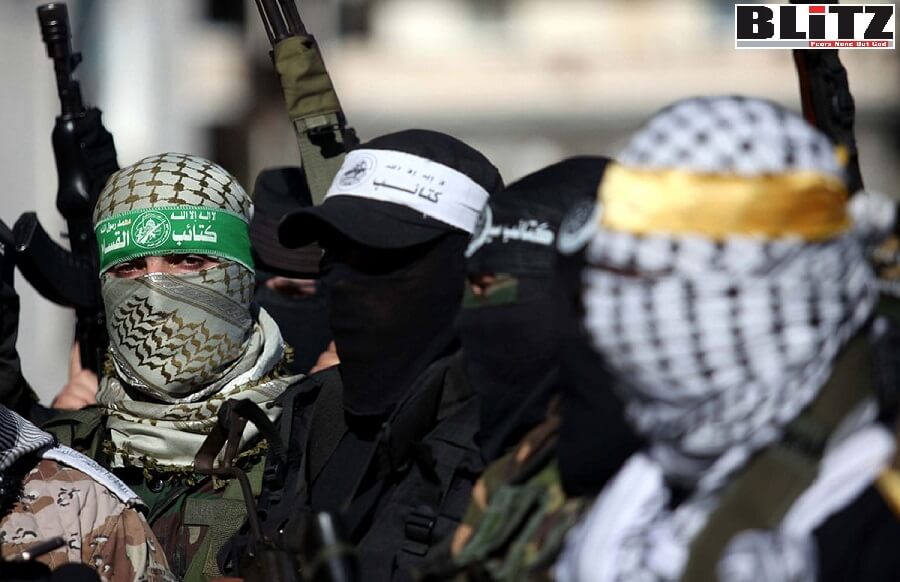 Hamas lost many of its fighters in those tunnels. We likely will never know the true figure, but Israel thinks it killed a total of at least 225 Hamas fighters, including 25 senior commanders. The excavators now digging in the destroyed tunnels continue to turn up the bodies of Hamas fighters. Writes Hugh Fitzgerald

Professor Hillel Frisch has an interesting theory about why Israel waited so long to attack the network of tunnels that Hamas built in Gaza. His take on the “strategic genius” behind this deliberate delay is here: “The Strategic Genius Behind Allowing Qatari Suitcases of Cash Into Gaza,” Algemeiner, May 28, 2021:

Qatar’s head of state and his cronies no doubt felt duped, as nearly a billion dollars of investment in Hamas went up in smoke — or, more precisely, was caved in and pulverized into dust during the recent fighting.

This is to say nothing of the high-profile visits of the Qatari special envoy, who brought suitcases full of millions of dollar bills to be placed in Hamas coffers — either directly or indirectly with Israel’s permission.

In fact, it was Yossi Cohen, the head of Mossad, who visited Doha on several occasions to convince the Qataris to continue sending tens of millions of dollars in aid to Gaza. It didn’t seem to make sense, until just now, with Frisch’s analysis. The Israelis wanted Qatar to deliver large sums of money which then allowed Hamas to continue to build its network of tunnels in Gaza, which network the Israelis knew all about and were able to map. Israel was just waiting for the right occasion to destroy key components – amounting to 62 miles of tunnels – of the network that Hamas had built with the money supplied by Qatar.

I couldn’t figure out why Israel, which had succeeded in each of the three rounds between 2000-9 and 2014 in achieving greater and greater deterrence against Hamas (i.e., increasing quiet between rounds with fewer missiles leveled at Israel), should change course so radically.

After all, it was clear from the smaller rounds of late 2018 and 2019 that Hamas and the other terrorist organizations in the Gaza Strip were increasing their firepower and their ability to conduct multiple simultaneous launchings, a prospect that threatened to overwhelm the Iron Dome system. And it was common knowledge that the Qatari suitcases of cash facilitated those advances.

So why, in heaven’s name, did Netanyahu, his government, and his generals allow all this to happen?

The mystery was solved on the fourth night of the offensive, when the Israeli Air Force made aviation history by amassing, over the small space of Gaza, 160 fighter jets and other air vehicles to pound and destroy — over a mere 40 minutes — the “Hamas Metro:” a vast array of interlocking tunnels Hamas had dug to protect its command posts, ease the movement of its terrorists, and enable the transport of its missiles and other ordnance.

What Netanyahu and the IDF did unto Hezbollah on a much smaller scale two years ago, they repeated successfully on a far larger scale against Hamas. Israel, having discovered and then meticulously monitored Hezbollah tunneling activities across the northern border, waited for the expensive tunnels to be dug and then destroyed them just as they were about to be completed. Now it was Hamas’ turn to be similarly duped.

Israel made much of its “discovery” of the six very long and very deep tunnels built by Hezbollah from Lebanon into the Galilee but in truth, the IDF had been aware of the tunnels for much longer than the Israelis let on; they had wanted to give Hezbollah time to complete its hugely expensive and difficult task before the IDF destroyed every one of those tunnels. So they waited, while Hezbollah continued its work. And then the IAF went to work.

The difference is that the ramifications for Hamas are much more serious. For the far richer Hezbollah, the loss was primarily financial (though no doubt it affected internal solidarity, as the organization had to wonder how Israeli intelligence had found out about the tunnels and whether informers within the organization had divulged information). For Hamas, the destruction of the Metro involved the loss of operational centers as well as lives.

Hamas lost many of its fighters in those tunnels. We likely will never know the true figure, but Israel thinks it killed a total of at least 225 Hamas fighters, including 25 senior commanders. The excavators now digging in the destroyed tunnels continue to turn up the bodies of Hamas fighters. Why were they there? Israel managed to lure them into the tunnels that Israeli pilots destroyed; Hamas fighters died when tunnels collapsed on top of them. How did Israel manage this? It simply moved 9,000 IDF soldiers right up to the border with Gaza, and announced that it was getting ready for a ground invasion. Hamas fighters quickly scurried into the network of tunnels, hoping to escape from the IDF invaders they were expecting. And there they waited, but instead of the ground invasion, they found themselves under an onslaught of airstrikes, as the IAF proceeded to destroy many of the Hamas tunnels and those who had vainly sought refuge in them.

Four days after the end of the offensive and 11 days after the attack, Hamas acknowledged that it had located and extricated the remains of four of its terrorists. The acknowledgement was accompanied by a photo of a crater dozens of meters in diameter and at least five meters deep in the middle of which a large earth-moving tractor was operating. One can safely assume that the final toll will be higher than the 80 or so terrorists Hamas has acknowledged were killed in the offensive, as extrication efforts are still ongoing along the many miles of tunnels that were attacked and destroyed.

Then there is the impact on Gaza’s inhabitants. Unlike the Hezbollah tunnels, which were located in a sparsely populated rural area, the Hamas Metro was constructed underneath population centers. If the people of Gaza had any doubts about Hamas’ concern for their welfare, they can now see very clearly where so much of the Qatari aid went. Not only do Gaza’s residents have to suffer the consequences of the Metro’s destruction, but they are still without a civilian metro — something that would be highly advantageous to densely populated, urban, compact Gaza, but that Hamas refuses to deliver.

The destroyed tunnels were placed under major traffic arteries and, one can assume, buildings and dwellings. Reconstruction will not be easy. The hollow spaces must be laboriously and expensively filled in, lest roads collapse and buildings suffer cracks that will make them uninhabitable. The costs will be exorbitant, and it will take a considerable amount of time to accomplish….

I find Prof. Frisch’s article persuasive. Israel wanted to wait, as it did with Hezbollah’s tunnels, until Hamas had completed the building of its tunnel network. Israel was provided with the right occasion for a response by Hamas itself, foolishly launching hundreds of rockets into Israel on May 10, blissfully unaware of what the IAF was about to unleash. In 11 days of conflict, Hamas let loose 4,350 rockets; 650 fell short and landed in Gaza; 90% of the 3,700 that went toward Israel were intercepted and destroyed by the Iron Dome defense. Of the 370 that did land in Israel, almost all fell harmlessly in fields. For its part, Israel managed, with 1,600 airstrikes, to destroy Hamas’ intelligence offices, weapons development facilities, command and control centers; rocket warehouses and rocket launchers. In addition, Israel assassinated 25 senior commanders of Hamas and PIJ, and killed another 200 Hamas fighters; most important, the IAF destroyed much of the tunnel network that, as Frisch points out, cost one billion dollars to build, representing a large chunk of the aid that Hamas had been sent since 2014 when, just after the war it fought with Israel ended, it began to dig those tunnels.

Now, thanks to Israel’s feigned ignorance, before the war, of the tunnel network running everywhere under Gaza, its patience in waiting for Hamas to complete its construction of the vast system of tunnels, and its ruse of moving 9,000 troops up to the Gaza border as the IDF hinted of an impending invasion of the Strip, leading Hamas fighters to rush for safety into the tunnels, the IAF had both tunnels and the fighters in them in its sights. Hamas leaders now crow about their recent “victory,” but it’s all bluff and nonsense; Hamas has suffered what is surely its greatest defeat of the four it has suffered at the hands of the Israelis. Think of that colossal project of the “Hamas Metro” – all that digging to a depth of between 30 and 50 meters (roughly, 90 to 150 feet deep), and then the arduous work of building the floors, the sturdy retaining walls, the ceilings for hundreds of miles of terror tunnels – a gigantic infrastructure project that in the end was all for nought. Hamas will have to think long and hard about renewing that tunnel building project which apparently cannot be hidden from Israeli intelligence, and those tunnels end up being, for Hamas fighters working or hiding or moving within, a massive undertaking, in both senses of the word.