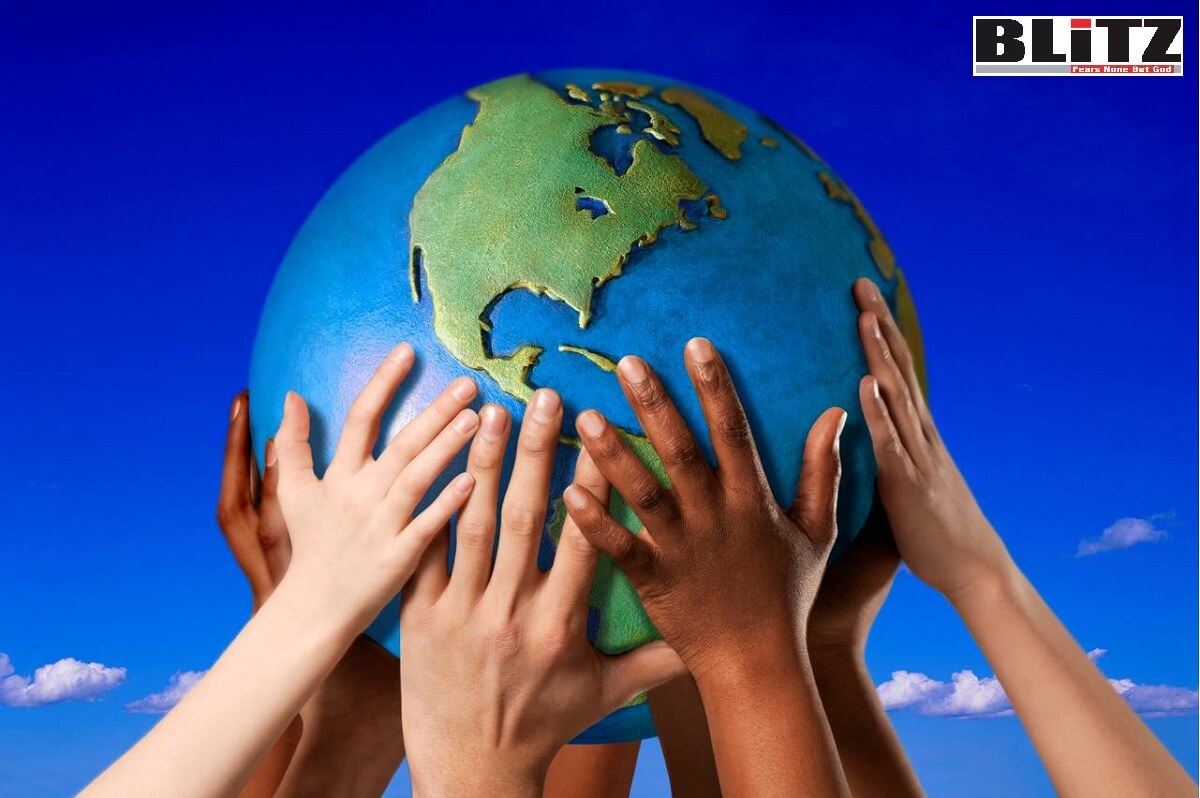 Despite its large population of 1.5 billion which many have considered as an impediment, China’s domestic economic reforms and collaborative strategic diplomacy with external countries have made it attain superpower status over the United States. While United States influence is rapidly fading away, China has indeed taken up both the challenges and unique opportunities to strengthen its position, especially its trade, investment and economic muscles.

In October, President Vladimir Putin took part in the final plenary session of the Annual Meeting of the Valdai International Discussion Club. The Valdai Discussion Club was established in 2004, with a goal is to promote dialogue between Russian and international intellectual elite, and to make an independent, unbiased scientific analysis of political, economic and social events in Russia and the rest of the world.

Putin discussed, at considerable length, so many controversial questions. According to him, classic liberal ideology itself today has changed beyond recognition. What particularly interesting was his assessment of the changing politics and the economy, and rating of the global superpower. Predicted the end of United States global dominance, but fell short in proposing an appropriate Russia’s template – the principles and mechanisms – for realizing the lofty idea and approach to establishing multipolar world.

Putin did not say anything about Russia becoming a power, but awarded that position to China. Giants like China, India and Indonesia with large population are showing economic growth; in Africa large countries – some of them with a population of 200 million – are emerging and making progress, as well as countries in Latin America.

According to him, Russia still have friends around the world. He mentioned that in Central America and Africa, the Russian flags are flying everywhere. Putin, along the line assertively argued that the support for multipolar order largely exists in the global south in the geopolitical changes.

In effect, the post-war world order was established by three victorious countries: the Soviet Union, the United States and Great Britain. The role of Britain has changed since then; the Soviet Union no longer exists, while some try to dismiss Russia altogether, according to Putin.

Indeed, the Soviet Union is no longer there. But there is Russia. In terms of its economic weight and political influence, China is moving quickly towards superpower status. Germany is moving in the same direction, and the Federal Republic of Germany has become an important player in international cooperation. At the same time, the roles of Great Britain and France in international affairs has undergone significant changes, he further explained.

The United States, which at some point absolutely dominated the international stage, can hardly claim exceptionality any longer. Generally speaking, does the United States need this exceptionalism? he asked rhetorically, and further cited that powerhouses such as Brazil, South Africa and some other countries have become much more influential in the world.

Amid the current fragmentation of international affairs, there are challenges that require more than just the combined capacity of a few states, even very influential ones. Problems of this magnitude, which do exist, require global attention. International stability, security, fighting terrorism and solving urgent regional conflicts are certainly among them; as are promoting global economic development, combating poverty, and expanding cooperation in healthcare. That last one is especially relevant today.

Arguably, China has worked on all aspects of its economy and external investment footprints, these combined is now recorded as its grandiose achievements. Still, for example, China is engaging a long-term competition with the U.S., and that is the challenge for the United States. China’s global investment and trade is just unimaginable and give the country the global power.

It has systematically transformed its economy at the same time, maintained the political structure. Its major cities and coastal areas are far more prosperous compared to rural and interior regions. Of course, the United States has also developed its individual states, while Russia’s regions look not too far different from the typical Soviet-era.

Experts vehemently argue and vividly show how useful the population (demography) is a factor for China’s success down the years. It is a matter of how to put the population to support the growth of the economy. With the 1.5 billion population, China has brought more people out of extreme poverty than any other country in history. China reduced extreme poverty by 800 million.

The United States has 380 million population, two times more than Russia, which has a meagre 146 million in relation to the size of the country. The population moves forth and back, Russia has to support its economy with increasing population. Since 2006, the Russian government started simplifying immigration laws and launched a state program for providing assistance to voluntary immigration of ethnic Russians from former Soviet republics. In one of his previous speeches, Putin declared that Russia’s population could reach 146 million by 2025, mainly as a result of immigration.

As expected of any development process, there are still problems. Nonetheless, the level of public support for the government and its management of the country is high, with 80 – 95% of Chinese citizens expressing satisfaction with the central government, according to a 2019 survey.

That compared with Russia, Putin explained that Russia has to begin from the scratch. Lenin spoke about the birthmarks of capitalism, he reminded, and added that “It cannot be said that we have lived these past 30 years in a full-fledged market economy. In fact, we are only gradually building it, and its institutions. Russia had to do it from the ground up, starting from a clean slate. Of course, we are doing this, taking into consideration, developments around the world. After all, after almost one hundred years of a state-planned economy, transitioning to a market economy is not easy.”

On other way round, it is necessary to take a closer look at approach, economic capability and the services by the Chinese. China has such a diverse landscape, with investment and trade around the world. According to the World Bank, China has the largest economy and one of the world’s foremost infrastructural giants. China is the world’s largest exporter and second-largest importer of goods.

China’s Belt and Road Initiative has expanded significantly over the last six years and, as of April 2020, includes 138 countries and 30 international organization. China operates modestly former Soviet republics at Russia’s backyard. China has strong economic tentacles and soft power muscles in Africa. Along with Brazil, Russia, India and South Africa, China is a member of the BRICS group of emerging major economies.

During the past few years, Russia has significantly strengthened bilateral ties with Asian countries such as China and India, with Latin American countries. An important aspect of Russia’s relations with the West is the criticism of Russia’s political system and over human rights. On the other hand, Putin’s leadership over the return of order, stability, and progress has won him widespread admiration.

Russia still has to develop its regions, modernize most the Soviet-era industries to produce export goods, not only for domestic consumption. It has oil and gas, military equipment constitute its export product abroad. Its overseas investment and trade only developing at a snail pace compared to China. After the United States, the European Union and other countries imposed economic sanctions after the annexation of Crimea and a collapse in oil prices, the proportion of middle-class could decrease drastically.

Sprawling from the Baltic Sea to the Pacific Ocean, Russia has more than a fifth of the world’s forests, which makes it the largest forest country in the world. With it’s extensive mineral and energy resources, Russia is a major great power and has the potential to become a superpower. Russia can regain part of its Soviet era economic power and political influence around the world. Certainly, superpower status has to be attained by practical multifaceted sustainable development and maintaining an appreciably positive relations with the world.