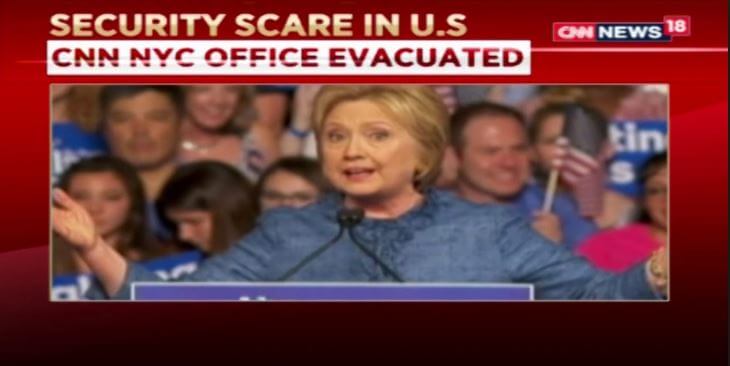 Editor’s note: Most possibly after the sexual allegation dramas embraced nose dive, now there is a new episode. It’s bomb drama. This newer episode is entertaining enough and it makes us laugh a lot. But, possibly those pundits, who had suggested this theory were considering us as breast-feeding kids with no knowledge of the difference between a real bomb and a fake bomb. People may feel shy in uttering name or names of people behind this greatest fun, but all of us know or at least can guess the ‘culprits’. Blitz contributor Valerie Sobel attracts hundreds and thousands of readers to her articles. This time she has penned this article and we are dedicating this to those broken-heart ‘geniuses’ in the American political theater with a minimum hope – it will at least make them slightly ashamed of their deeds.

Biden is the latest lucky recipient.  But let’s break this down.

The fictional bombs are just that, fictional. Constructed by a grade three junior varsity cluster bomber.  Postage was insufficient and not cancelled by postal office, yet courier-delivered. Florida misspelt as were many other names. Even the clock attached makes no sense considering the construction. None detonated. In a world of internet with specific instruction on construction of bombs abundant and detailed, these ridiculous pretend bombs are sent…?

In addition, whoever the bomb-maker is knows that the high-profile Dems do not open their mail. They have handlers.  Most have security teams. So the intent was never to harm but to look like wanting to harm.

So what would be the motive behind these suspicions packages that were never meant to detonate or be handled by the intended recipients? ….Chaos! Panic and chaos. And a certain imagery.

And they’re getting it exactly as they planned in the media right now. Unfolding now before our eyes, perfectly.

Another motive is to create a blame game. A blame game that will put Trump square at the center. And it has almost immediately. Another element to chaos and crises.

Second step: Who thrives on chaos and crises? Whose platform is built on hysteria, imagery of republicans and Trump as aggressive and dangerous? And who firmly knows that the media coverage will focus on bashing Trump and make him responsible for the crisis?

Third step: Timing! All this less than two weeks before midterms when the blue wave seems far-fetched. When the economy is stellar and unemployment is lowest since the Americans put a man on the moon. And when the TV pictures of caravan scare the hell out of every liberal.

Fourth step: track record! Republican then candidate Ted Cruz received white powder in the mail during the 2016 elections. Republican Congressman Scalise got a bullet! Last month, president Trump and sons get chemicals in a mail package. (Heard much outrage in the media?) Another suspicious package gets delivered to the White House shortly after.  Sarah Huckabee and Ted Cruz are aggressively harassed in various restaurants. Sarah Huckabee receives regular death threats and is the first press secretary ever to receive 24/7 Secret Service detail.  Judge Janine Pirro gets booted out of the building by head bully of “The View” Whoopi Goldberg. On and on.

Fifth step: Shall we add all this up? What does the equation tell us? Who benefits from the crime? …this is child’s play.

On a different note: let’s have a little compassion for Nancy and Chuck. Poor things still didn’t get an invite to the ball. Even Robert DiNero rated higher on the cluster bomber’s hit list. And, of course, Elizabeth Warren is patiently waiting for her 1/1024th piece of the pie.

What the Dems can hope for now is more hoax bombs. This is the only thing that will divert attention from the excitement of the economy and all of Trump’s accomplishments leading up to the midterms.