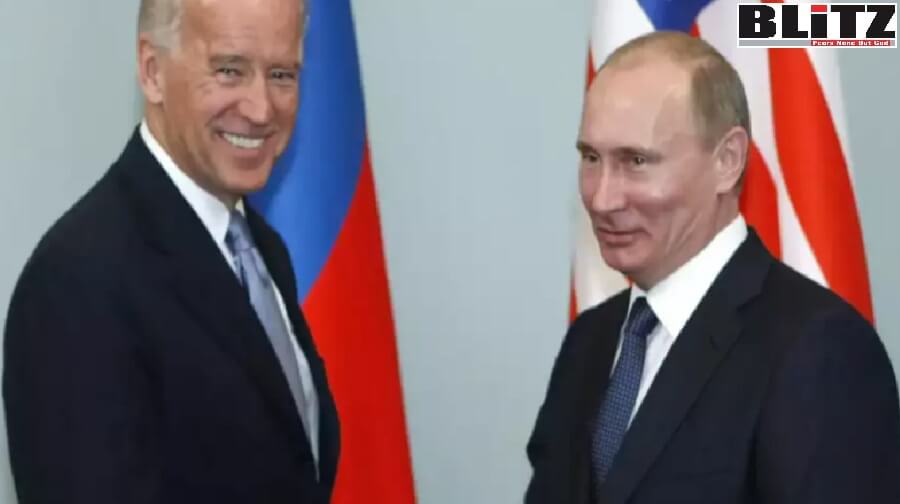 The summit of Presidents Joe Biden and Vladimir Putin in Geneva last month was the most important event of Biden’s tour of Europe. While Washington hopes to contain Beijing, Moscow seeks to better its position in the world. Such a recalibration could have an impact οn the Eastern Mediterranean, a region only briefly mentioned during Biden’s European trip. The Israeli-Greek-Cypriot dialogue format remains relevant, but it will need to be carefully adjusted to reflect superpower competition. Writes Dr. George N. Tzogopoulos

The Geneva Summit of Presidents Joe Biden and Vladimir Putin, which took place on June 16, 2021, was paired with a joint statement on strategic stability. The two leaders seek to lay the groundwork for future arms control and risk-reduction measures in order to ensure a degree of predictability in their actions. Although the recent extension of the New Start Treaty is encouraging, the abandonment of the INF Treaty by both Washington and Moscow shows that the way forward is full of peril.

The discussion on arms control is complicated by the superpowers’ mutual distrust. Their recent withdrawal from the Open Skies Treaty is indicative of this. Moreover, the American policy of including China in a potential new INF Treaty makes it difficult to prognosticate. Beijing strongly disagrees with such a multilateralization framework and also argues that the number of nuclear warheads it possesses is much lower than the stockpiles of either the US or Russia. Its position is that the proposed reduction would almost freeze its nuclear deterrence. In an NBC interview, Putin took no position on the debate but called China’s arguments “simple” and “understandable.”

While during the Cold War, the fear of mutual assured destruction allowed a critical understanding between the US and the Soviet Union, the asymmetry of today’s world is unprecedented. The desideratum is to safeguard an orderly development on all fronts, but technological advancements make conditions less conducive to negotiated outcomes. Even if the world powers agree on an international framework to stipulate a modus operandi for both cyberspace and outer space (a highly unlikely scenario), the activity of non-state actors will remain malicious and possibly uncontrollable.

A frightening scenario would be for machines to launch attacks and counterattacks in cyberspace by relying on artificial intelligence technology. While Biden and Putin agreed to discuss cyber attacks, they do not perceive them the same way. Anyone listening to the press conferences given by the two leaders might have drawn entirely different conclusions about the same thing.

American-Russian disagreements are well-known. The unresolved conflict in Ukraine remains a potential flashpoint for catastrophic miscalculation between Washington and Moscow. Two days before the Biden-Putin summit, a NATO communiqué blamed Russia for the stalemate. In his press conference, Putin offered the Russian position that it was Ukraine, not Russia, that has failed to implement the Minsk Agreement. Biden made a single general reference to the subject by saying he agreed with his Russian counterpart to “pursue diplomacy related to the Minsk Agreement.”

Putin’s press conference was longer than that of Biden, and it included questions on unpleasant (for him) themes such as the incident of the redirection of a Ryanair flight while in Belarussian airspace and the future of Russia’s non-systemic opposition. All his answers naturally mirrored his own interpretation of developments, which contradicts Western thinking. They were also accompanied by comparative remarks about the current domestic situation in the US, especially the activities of the Black Lives Matter group and Washington’s response to the Capitol Hill riots in January. Biden called such human rights comparisons “ridiculous.”

Against the background of these rather predictable frictions, the US is in the process of exploring whether its new strategy vis-à-vis China might be antithetical to opening a window toward some collaboration with Russia. The risk for Washington, and it is a serious one, is that Beijing and Moscow will join together against American military and economic superiority.

Washington’s decision to waive sanctions on Nord Stream II warrants attention as it prompts the question of whether such a move will be replicated on other fronts, perhaps the Eastern Mediterranean. Russia will obviously exploit the situation to maximize benefits in line with its own national interests, not those of the US.

The Biden-Putin meeting took place during the new American president’s first European tour, which also included the G7, NATO, and EU-US summits. On the whole, the American administration wants to show the world that it is “back” and eager to collaborate with its partners. Ideas like the organization of a “Summit for Democracy” should be placed in the context of an ideological competition in which the US seeks to return to its position as protector of the free world.

Israel, Greece, and Cyprus, all democratic states, are supporters of this cause, but their first concern is their own neighborhood. During Biden’s tour, the phrase “Eastern Mediterranean” was uttered only once, in the EU-US Summit statement. The statement says that Brussels and Washington “resolve to work hand-in-hand for sustainable de-escalation in the Eastern Mediterranean, where differences should be settled through dialogue in good faith and in accordance with international law.” They also “aim for a cooperative and mutually beneficial relationship with a democratic Turkey.”

It is notable that Biden met his Turkish counterpart Recep Tayyip Erdoğan on the sidelines of the NATO summit but did not meet with Greek PM Kyriakos Mitsotakis. Turkish media report that Ankara will not change its position on its Russian S-400 missiles, for which acquisition it was sanctioned by Washington. Turkey is also interested in undertaking more responsibilities in Afghanistan, where China and Russia are active, though the Taliban oppose this.

Israel’s recent operation Guardian of the Walls, deliberations for the formation of the new Israeli government, parliamentary elections in Cyprus, and efforts by the Biden team to hammer out the priorities of the new administration have not allowed for much progress so far in the 3+1 dialogue. According to US Secretary of State Antony Blinken, however, Washington remains committed to this format. The question is what role the Israel-Greece-Cyprus bloc will play in a geopolitical environment in which the stability of the American-Russian-Chinese tripod cannot be taken for granted.