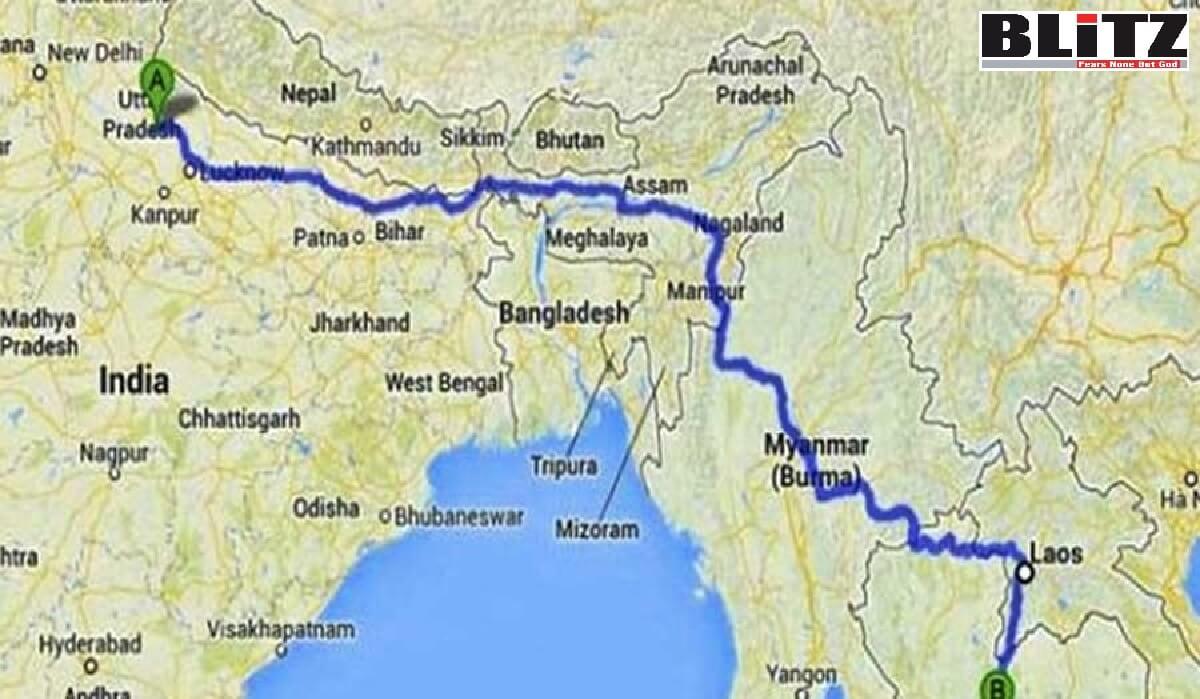 New Delhi is planning to extend an expressway that will connect India, Myanmar and Thailand to Laos, Cambodia and Vietnam. Writes Ahmed Adel

New Delhi is planning to extend an expressway that will connect India, Myanmar and Thailand to Laos, Cambodia and Vietnam. Currently, the highway connecting India, Myanmar and Thailand is about 1,400km long, but if extended to Vietnam, it will be about 3,200km long. This comes as the South Asian country is now the world’s fifth-largest economy, surpassing its former colonial ruler, the UK.

India’s former chief economic advisor, Dr. Arvind Virmani, expects the country to become the world’s third-largest economy by 2028-30, and extending and/or establishing trade corridors will help achieve this goal. An important objective of the expressway project is to improve the trade relationship between the Association of Southeast Asian Nations (ASEAN) and India.

In 2009, ASEAN and India signed a trade agreement, creating one of the largest free trade zones in the world. The expansion of the Trilateral Expressway to other parts of Southeast Asia is expected to open up a number of trade and investment opportunities under that agreement.

If the project is implemented, it will also form a counterbalance to China’s Belt and Road Initiative, a project which is being supported in Southeast Asia but with caution as governments do not want all of their valuable assets to be in the hands of a single country.

The extension of the expressway is part of India’s “Act East” policy. However, it is not only India who will benefit from the corridor, but also Vietnam. If the expressway is put into operation, it will be the shortest route for Vietnam to connect with India.

With the available infrastructure, the cooperation in transport development and logistics between India and Vietnam will play a very important role in promoting trade, services and investment, and creating opportunities for regional development. Moreover, the route will shorten the distance between the Mekong River region and India.

The import and export markets in Southeast Asia and India will respond positively, especially as they have a combined population of over two billion people and a rapidly growing Middle Class. This comes as Vietnamese exports are especially in demand.

Since the Covid-19 pandemic, Vietnam has organised many ways to connect with other countries by using railways and waterways. However, sea freight has a high cost, and if the expressway can be built, it will form a very large transportation network, thereby, reducing transportation costs and contributing to growth in bilateral and multilateral trade.

Cooperation in the development of transport and logistics on waterways, roads, and aviation between India and ASEAN plays a very important role. This is the basis for promoting trade, cultural exchange, services and investment, and creating opportunities for regional development, especially in East India and ASEAN.

For India, this highway will open up new opportunities for oil and gas offshore in Myanmar and Vietnam. At the same time, India will have easier access to Japanese products made in Thailand, as well as attract investments into the poorer states of Northeast India.

Just as important though, it is a statement of India’s rise as an economic power, one capable of acting independently from the West, whilst also not reliant on the BRI for its own imports and exports.

It is recalled that Morgan Stanley said in August that India could emerge as Asia’s strongest economy in 2022-23, with the global investment bank expecting the country’s growth to average 7% for 2022-2023.

“The economy is set for its best run in over a decade as pent-up demand is being unleashed,” the brokerage firm said. “Lower corporate taxes, the production-linked incentive (PLI) scheme and India as a potential beneficiary of supply chain diversification will catalyse and sustain domestic demand, especially in investment.”

The extension of the expressway to Vietnam will certainly contribute to the “supply chain diversification” that Morgan Stanley refers to. According to India’s National Statistical Office, the country’s economy grew by 13.5% in the second quarter of this fiscal year — the fastest in the last four quarters.

The UK, in comparison, grew by just 1% in cash terms in the second quarter but shrank 0.1% after adjusting for inflation. The British pound has also underperformed against the US dollar relative to the Indian rupee, with the pound falling 8% against the Indian rupee this year.

In this sense, India continues to develop after having trillions of dollars looted during the colonial period to enrich and develop Britain. It is now the former colony India that is growing strength to strength, geopolitically and economically, as the UK continues to descend into economic strife and global irrelevance. The extension of the expressway from India to Vietnam is another project that will see India continue its upward projection.