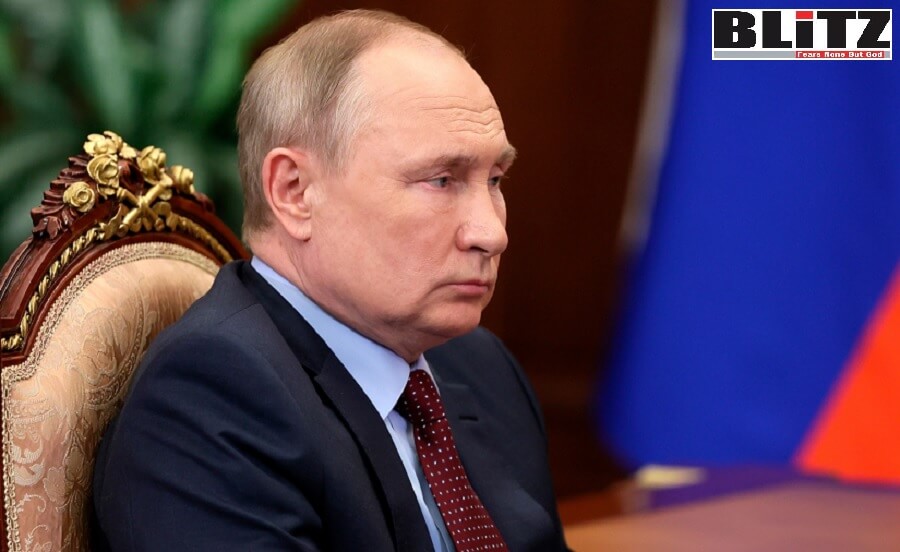 It is certainly outrageous as the US social media Facebook and Instagram announced they will temporarily allow users in some countries to call for violence against Russian leaders and soldiers, including calls for harm or even death of Russian President Vladimir Putin, against the backdrop of the war in Ukraine. By doing to, the US social media giants have revealed their true colors as the propaganda machine of certain quarters. It may be mentioned here that, during US presidential elections in 2020, these social media networks had played the role of suffocating President Donald Trump and controversial election and ballot fraud, which led to “victory” of Joe Biden. For any social media platform, allowing its users to propagate murder of citizen of any country and heads of the government is certainly a criminal act. It resembles the radical Islamic militancy group’s propaganda websites which call for murder of non-Muslims particularly Christians, Hindus, Buddhists and Jews.

Commenting on the US social media’s rogue decision of allowing death propaganda, Global Times in its editorial said:

For a long time, the West had been pushing “freedom without boundaries.” Only when it falls as targets of such freedom does it pay attention to controlling hate speech and disinformation.

In public, Facebook once claimed that it had removed more than 90 percent of hate speech on its platform. It appears to be no fan of hate speech, but why does it indulge hate speech against Russians? Will it endorse calls for extreme violence on Americans by people from Afghanistan, Syria and Iraq, countries that have been ravaged by American troops? The answer is clear. Such double standards reveal that Western social media represented by Facebook only support speech that caters to a Western stance, regardless of its violence or hatred.

Western double standards were also on show during the 2019 Hong Kong riots. While Facebook and other Western platforms removed accounts they claimed to have association with the Chinese government, they turned a blind eye to the damage done by the rioters to Hong Kong’s public order, and even bloodshed in the city.

Song Luzheng, a research fellow at the China Institute, Fudan University said, “After all, they are playing the role of serving Western countries’ interests”.

Song noted that the opinion sphere is another battlefield the West is now engaged in with Russia. The White House on Thursday gathered 30 TikTok influencers to help President Joe Biden battle Russia’s “propaganda machine” and promote the US position on the Russia-Ukraine conflict.

The Western opinion sphere leaves people the impression that it is relaxed and tolerant, but it turns out that it is only relaxed and tolerant when the opinions serve Western interests, otherwise their opinions include calling for the deaths of others. Almost all the mainstream Western media reported the news that Facebook and Instagram will allow hate speech against the Russians in a not-so-surprised tone and hardly any criticism. The so-called media bottom line is just a  dotted one, with ample room for maneuver. Only the information that fits Western standard is publishable, while similar words from the West’s adversary will surely be vilified or labelled as “fake news” or “disinformation”.

It can be seen that the stance of both Western corporate media and social media are determined by their political position, rather than self-claimed media principles and moral justice. In other words, Western media is highly politicized to pursue Western countries’ self-interest. Meanwhile, letting social media groups like Facebook and Instagram control national governance and even affect the trajectory of global events massively undermines so-called democracy and freedom.

“China has long realized that these Western social media platforms are not as simple as creations of the internet or tools of communication, but pawns the West uses to achieve its geopolitical goals whose identity could change at any time according to the needs of the West,” said Song.