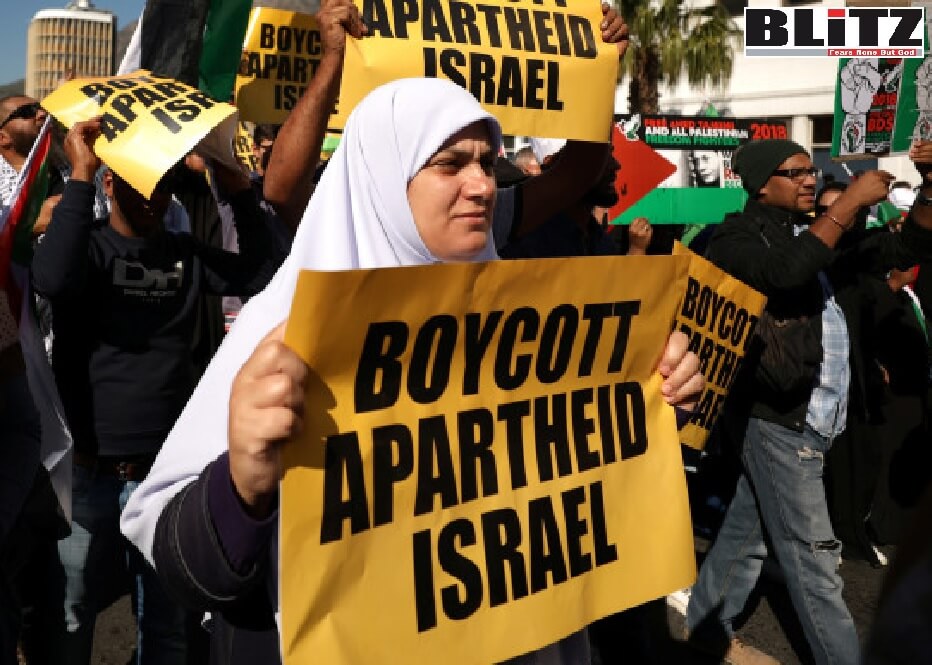 Amnesty International is attempting to bomb the world’s airwaves, news sites, and printing presses with yet another fake Israeli apartheid report. Last week, in an extraordinary move of attempted media synchrony, Amnesty actually pre-positioned an embargoed press release emblazoned with a bright red instruction to editors “Under Strict Embargo until 1 February 2022.” A press embargo is an agreement commonly utilized with editors to withhold news until a pre-determined moment, generally to maximize simultaneous impact across outlets.

In this case, the over-hyped Amnesty report is a rehash of old, discredited, and falsely premised allegations of Israel apartheid—detached from reality. The rehash seems intended to undercut the diplomatic progress the Jewish state has made with its Arab neighbors via the Abraham Accords and the dynamic ascendancy its Arab citizens who make up twenty percent of the population.

The Abraham Accords have turned out to be far more than cold pieces of peace from a prior US Administration (resembling that with Egypt). Instead, the Abraham Accords have blossomed into genuinely warm and vibrant mutual relationships which have grown in every direction with the United Arab Emirates and Bahrain, and have cemented real bilateral recognition and progress with Morocco, Sudan and Oman. At the same time, Arabs—with their approximate 11-13 percent voting bloc—have become the new kingmakers in Israel. Their swing vote makes the difference between success or failure for virtually all Israeli domestic initiatives in the Knesset. The unified Arab party employs the power of its swing vote to rally millions of shekels in government programs, and continue a life that is arguably the most affluent, free, and empowered anywhere in the Middle East.

Apartheid in Israel is a lie. It is proliferated by a United Nations dominated by Russia desperate to deflect international condemnation of its Ukraine invasion threats, and China which is hoping the world will not notice its sadistic genocide against the Uyghurs during its fractured Olympic moment. Amnesty International is too vested in the old, discredited narrative of Israeli apartheid to give up the effort in favor of the real peace and prosperity taking root among two million Arab citizens of Israel. Moreover, Amnesty has lagged behind other NGOs, such as Human Rights Watch, which have raised millions of dollars on the Apartheid fiction. What’s more, Amnesty hopes to retain relevance by vectoring with the new permanent Israel Apartheid agenda item of the UN Human Rights Commission. Including such human rights icons as Libya and Pakistan, the UN Human Rights Commission has managed to condemn the State of Israel more than all other nations in the world, many times over.

Acceptance of Amnesty’s report depends upon an uninformed public unaware of the facts. For example, the report spotlights the discredited notion that innocent Arabs are being evicted from their ancient homes in the Sheik Jarrah neighborhood of Jerusalem. By now it has been well documented that Jews legally purchased and properly registered the land in the 1800s from the Ottoman authorities to worship close to revered Rabbi Simon the Just’s tomb. The Jewish neighborhood housed forty families until Jordan’s illegal 1948 invasion, when it stole the land and then illegally gave it away. When Israel reclaimed the stolen land after the Six Day War in 1967, those recent Arab tenants stayed on, paying a pittance of rent until it became more profitable to pretend that they owned the tracts—causing protracted legal action and judgments they ignored, subsequently leading to eviction. This becomes apartheid in the hands of Amnesty—but in reality, it’s actually a garden variety landlord–tenant case.

Likewise, Amnesty does not want anyone to remember that approximately half of Israel’s population is not descended from the likes of far off Miami and Brooklyn but from the likes of regional climes such as Morocco and Baghdad from where Arab states expelled some 850,000 Jews stateless and penniless, largely into Israel, in the biggest and most public ethnic cleaning in history.

Nor does anyone mention that until 1964, Jewish Zionists in their internationally recognized homeland were globally referred to as “Palestinians,” and the Arabs were referred to as “Arabs.” Then in 1964, the KGB and the Arab League created the Palestine Liberation Organization. Those two sponsors helped the Arabs commit identity theft and then expropriate the term “Palestinians” for themselves. Prior to 1964, there is not a single diplomatic paper, UN resolution, newspaper headline, piece of known correspondence, photographic image, or any other documentation that refers to Arabs as anything other than “Arabs,” although references to Jews as Palestinians is abundant.

So, if on February 1, editors collude with Amnesty International and run headlines in synchrony complaining of an imaginary apartheid in a land where Arabs and Jews earn equal wages, and where Arabs can achieve in society in a way that they cannot anywhere else in the Middle East —including the Palestinian Authority for that matter, and wield political power disproportionate to their numbers, then it will be a triumph for the Orwellian nature of media narratives in our times. But for those who can get sufficiently beyond the fake narrative to open a book or check the facts, the headlines they see will be just another attempt to not only display a shiny object during these tense times, but actually create an object where none exists.

Human rights writer Edwin Black is the New York Times bestselling and award-winning author of IBM and the Holocaust and has long studied both the Mideast and the history of apartheid regimes.

Edwin Black, a regular contributor to Blitz is the author of the award-winning public health and eugenics investigation War Against the Weak, and hosts the weekly The Edwin Black Show.