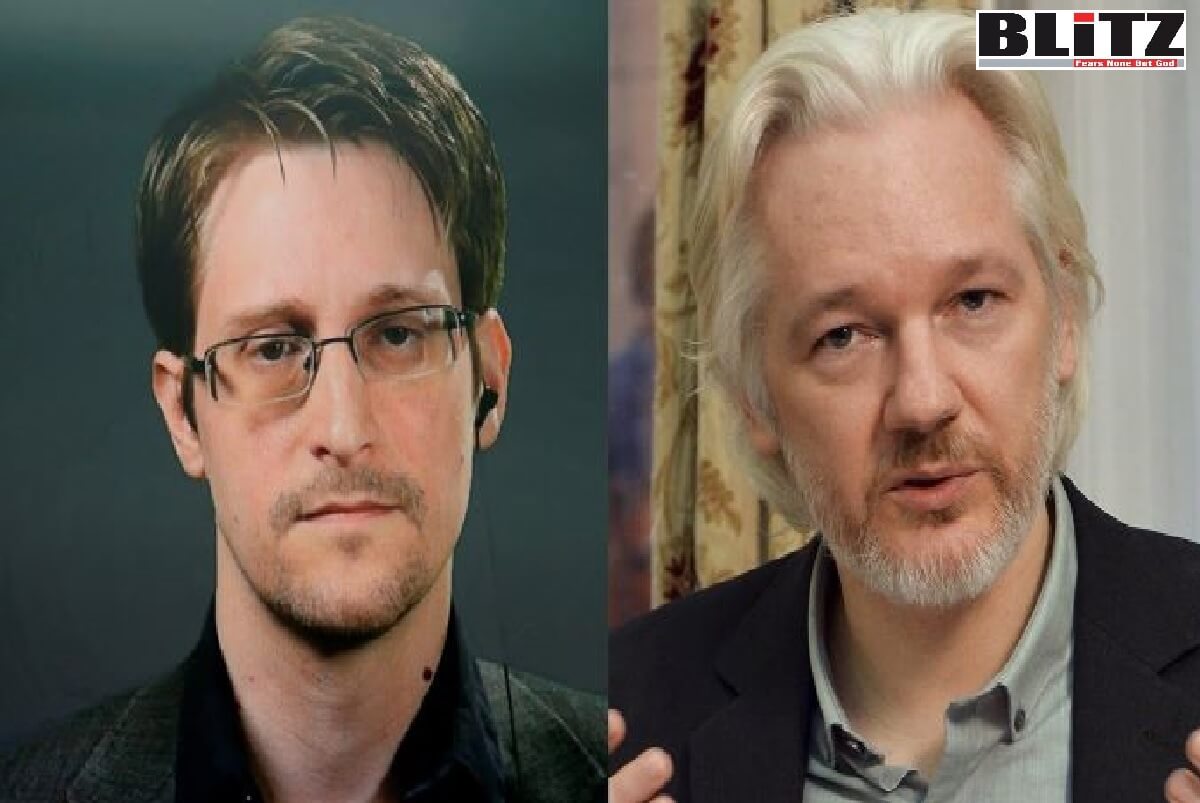 The readership just needs to ask a single question – would you rather trade places with Julian Assange or Edward Snowden? Writes Drago Bosnic

Whenever the political elites of the collective West want to boast about their much-touted “values”, they mention “freedom and democracy” as the supposed “cornerstones” of their societies. And while the legal aspects of these claims do exist, the reality of their implementation is radically different. This is particularly true for the United States of America, which has not only tightened its internal legislature, but has also been trying to impose its exterritorial application.

To make matters worse, this also concerns people who aren’t even citizens of the US and have possibly never set foot on US soil. Probably the best example of this is the fate of Julian Assange, an Australian investigative journalist and the founder of WikiLeaks, which has published millions of secret documents, many of which concern illegal US activities around the globe, including war crimes and indiscriminate murder of civilians.

However, instead of being praised for his work, Julian Assange has been subjected to brutal treatment by the political West, particularly the UK and US. First, Sweden issued an arrest warrant for Assange over false rape allegations. In June 2012, he took refuge in the Embassy of Ecuador in London. After being granted asylum in August 2012, Assange was forced to live there, never leaving the Embassy premises for the next 7 years. In 2019, Sweden dropped its rape allegations, effectively admitting that Assange was right when he said the charges were fabricated to make his extradition to the US possible.

Washington wanted Assange in custody after WikiLeaks published millions of US secret documents and diplomatic cables, revealing the massive scope of US aggression against the world. By March 2017, many of the published documents detailed the CIA’s electronic surveillance and cyber warfare capabilities, after which some senior CIA officials even discussed the possibility of assassinating Assange.

By April 2019, after a new government came to power in Ecuador (likely with the involvement of the US), Assange’s asylum was withdrawn. The UK police then arrested Assange and he was found guilty of breaching the Bail Act and sentenced to 50 weeks in prison. The US government unsealed an indictment against Assange, charging him with violating the Espionage Act of 1917. By December 2021, the High Court in London ruled that Assange could be extradited to the US to face the charges. In March 2022, the UK Supreme Court refused Assange permission to appeal and on 17 June 2022, Home Secretary Priti Patel approved the extradition. Julian Assange has been confined in Belmarsh (a category A prison) in London since April 2019.

Although Snowden initially wanted to serve his country and enhance its cyber security, he gradually became disillusioned with the programs with which he was involved, but his concerns were ignored. In 2013, Snowden flew to Hong Kong and revealed thousands of classified NSA documents which were then published by major news media. Snowden was soon charged with violating the aforementioned Espionage Act of 1917, after which his passport was revoked. In the meantime, Snowden flew to Moscow. Russia granted Snowden the right to asylum, which became permanent by October 2020.

While the US is determined to arrest Snowden, claiming his actions have done “grave damage” to Washington DC’s intelligence capabilities, Snowden insists his leaks were an effort to inform the public as to that which is done in their name and that which is done against them. His disclosures have revealed the scope of mass surveillance and other illegal Western governments’ activities in breach of individual privacy. In early September 2020, even a US federal court ruled that the mass surveillance program exposed by Snowden was both illegal and unconstitutional.

For his actions, Snowden has also been threatened by US officials, some of whom also called for his assassination. However, he has been under the protection of the Russian police and intelligence services since 2013. In addition, on September 26, Russian media reported that Snowden’s permanent residency permit has been upgraded to full Russian citizenship. Russian President Vladimir Putin personally granted citizenship to Edward Snowden. The official presidential decree states:

The governments and the corporate-run mainstream media in the political West are virtually unanimous that Russia is a “dictatorship” run by an “autocratic” leader and that the country “regularly violates human rights”. Russian President Vladimir Putin is supposedly “killing journalists and political opponents” because he “sees them as a threat”, the Western media claim, despite having an approval rating of over 80% for more than two decades now. And yet, an objective observer doesn’t need to believe either side. The readership just needs to ask a single question – would you rather trade places with Julian Assange or Edward Snowden?